There are countless cases of mysterious deaths out there, which have gone on to become imbued with unexplained mysteries and unanswered questions. Some of the more remarkable of these are those that involve some element of the paranormal or supernatural, lending the case an air of ominous intrigue. One of these happened in Seattle, in the United States, where a successful professional young man turned up dead, in a case that is orbited by talk of dark magic and witches.

In April of 1991, 35-year-old Christopher Case seemed to have had everything going for him. A successful artists’ manager at a Seattle-based music company, he was making good money and happy in his life and work. He had no known enemies and was well-liked by his peers, so it was odd when his friends began to get an odd series of phone calls from a noticeably scared and addled Case. In these calls he breathlessly claimed that someone was out to get him, and that he was the target of a “curse” and that a witch was attacking him with supernatural powers and spells. Case’s friend Sammye Souder, of Fayetteville North Carolina, would later say of one such bizarre message:

He said 'They’re after me. I am very, very afraid, extremely afraid. I could die from this.’ He said he was afraid and that the witch had been attacking him all night and cutting him. He said he’d woke up with little cuts on the ends of his fingers. 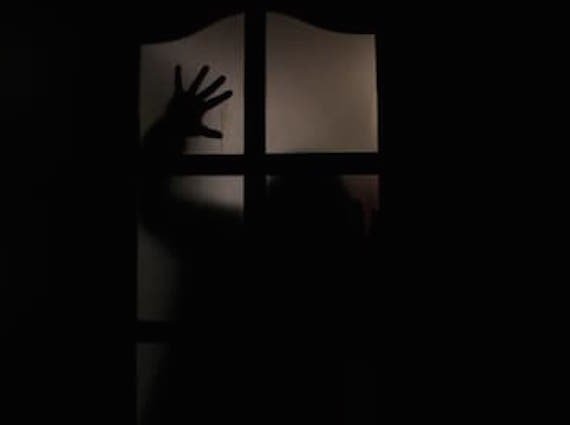 Several other friends received similar disturbing calls from a very paranoid sounding Case, who was saying things like he had only one week left to live, and they began to worry about him. It was very unusual because he had never expressed any interest in the paranormal and had been mentally sound and in good spirits, so for him to suddenly start making these wild, terrified claims of being targeted by a witch’s curse was at the same time both alarming and outlandish. His friends started to worry about his mental health, but before anything could be done the whole strange situation would take a sharp turn for the dark and macabre.

On April 18, 1991, Case did not show up to work and all calls to him remained unanswered. In light of the unsettling claims that Case had been making during the previous week this was seen as a bit suspicious, so friends called police to go to his Seattle apartment to see if he alright. When no one answered the locked door, police left, but returned the next day to check again after there was still no contact from Case. This time the door was unlocked, the officers let themselves in, and what they would find was worse than anyone had imagined. There in an empty bathtub was the dead body of Christopher Case, fully clothed and seeming to be knelt in a prayer position. The body showed no signs of any injury or struggle, and it would get even more mysterious when the area was searched.

The scene of the death itself painted a rather bizarre picture. Around the body were 10 burnt-out candles in an array and crucifixes scattered about, and indeed the whole apartment was covered in crucifixes, amulets, and arcane talismans. Along the bases of the walls and doorframes were found carefully laid lines of salt, and the entranceway to the apartment held a strange geometric pattern drawn in salt as well. There were also found numerous books on witchcraft, black magic, and the occult everywhere, but most intriguing of all were series of handwritten letters that told a tale that further brought the death into the realm of the strange. 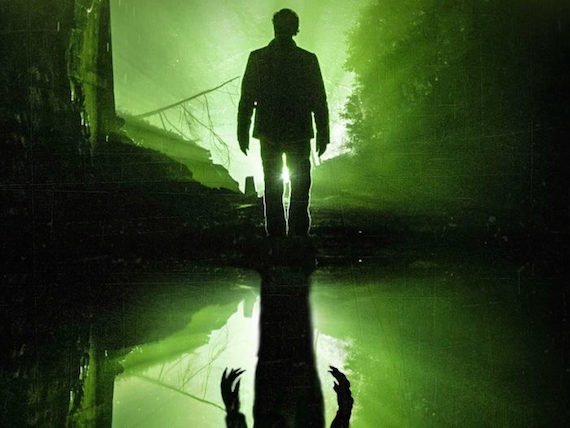 The letters explain that Case had recently gone on a business trip to San Francisco, California, where he had met a woman who claimed to be an expert on ancient Egyptian music. Case had found this all fascinating, as one of his hobbies was ancient music, and so the two had struck up a conversation. In the letter, Case claims that the woman had then made a pass at him, but that he had politely refused, stating the reason as being that he had been “unnerved” by her. The woman had apparently then become angry and claimed to be a witch, further threatening that she was going to put a curse on him, and although he didn’t believe in witchcraft at the time he had found it extremely unsettling.

After that his mind had apparently changed, and he had become ever more convinced that the woman had cursed him for spurning her advances due to a series of strange phenomena in his home. His letters speak of seeing mysterious shadow figures roaming about in his apartment, waking up covered in bruises and inexplicable cuts, and other strange phenomena, to the point that he explains he had resorted to reading books on the occult to find ways to protect himself, and had been looking for a professional to help him with his paranormal problem. He also mentions that he did not feel safe in his own home anymore and was spending much of his time staying at hotels cowering away from this stranger and her dark magic. The letters make for spooky reading, and authorities were convinced that Case was very serious about what he wrote and genuinely felt under threat. 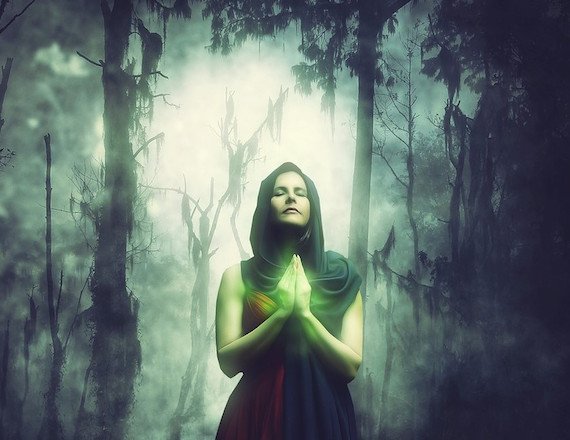 In the meantime, an autopsy was performed on the body and the cause of death was found to be “acute myocarditis,” in other words, a heart attack. This is strange for a number of reasons, not the least of which is that Case was a young, fit, healthy man who led a clean lifestyle, didn’t smoke, didn’t drink, and was found to have no history of heart issues in his family. There is also the condition of his body knelt in the bathtub and the fact that this and the melted candles around his body seem to suggest he had been engaged in some sort of ritual right before he died, so it seems very odd that his heart attack would hit right at that precise time. It is also worth noting that this happened in the days right after he had started going on about witches and black magic, so it has been suggested that this heart attack he had suffered was not natural at all, but rather the result of a dark spell. This is supported by the phenomena he describes in his letters, the meeting of the mysterious woman, and his utter panic when calling his friends.

Police interviews have shown that Case had in no way believed in witches or the paranormal, and was a level-headed, rational professional, so what is it that would send him suddenly into this desperate state ranting about witches and the occult? Could it be that there is perhaps something more to this all than a poorly timed heart attack? What could drive a rational individual to go spiraling into this world of witchcraft and fear? Could this woman, who has never been identified, have had something to do with it all? If she did, then was it through magic, and if so why go through all of that effort just because someone wasn't welcoming to her advances? Hasn't she ever heard that there are plenty of fish in the sea? We have answers to none of these questions, and the death of Christopher Case remains a perplexing mystery.