There is no other sort of case in the realm of UFOlogy that gathers as much attention and scrutiny as those incidents in which one of these mysterious craft have seemed to have actually crash landed upon our planet. The most notable of these for many is perhaps the Roswell, New Mexico incident, which has gone on to firmly entrench itself into the lore of great UFO events. Yet, there are others as well, and indeed one of the more popular of these supposed UFO crashes happened in the very same state as Roswell, and is sometimes mentioned in the same breath, generating just as much debate and controversy.

The story of what has been commonly called "The Other Roswell" supposedly begins in March of 1948, when an unidentified craft reportedly came down from the sky to make a controlled landing/crash at the remote desert moonscape of Hart Canyon, near the small outpost town of Aztec, New Mexico. The object was supposedly then witnessed perched atop a mesa by oil workers Silas Newton and Leo Gebauer, who were trying to put out a brush fire in the area at the time. What they saw was beyond anything they had ever seen, and they described it as being an immense metallic disc around 100 feet in diameter, composed of some sort of lightweight but very powerful metal that showed no signs of seams, joints, screws, or nails, or even damage, and which held within it a single portal in its side. The strangest thing of all was that when the workers peered into the window-like opening they claimed to have seen strewn about within at least 16 charred bodies of what looked to be miniature humanoid beings of some type, seemingly killed by the impact of their descent. The men called the local police, who arrived on the scene to be just as flabbergasted as they were, and it was as they stood about with mouths agape that the military then predictably moved in to cordon off the area, allegedly telling them they were not to speak of the event. 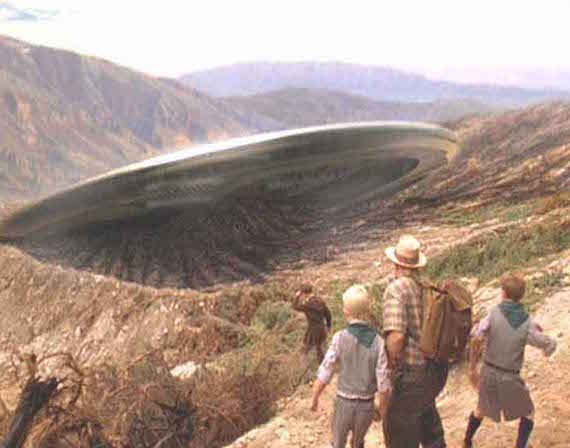 As is often the case with such incidents, the military then went about whisking the craft and its occupants off, and the two oil workers apparently could not keep their mouths shut about it, because they soon relayed their account to a journalist by the name of Frank Scully. In 1949, Scully would print a whole series of articles on the incident in Variety Magazine, going on to also mention it heavily in his 1950 book Behind the Flying Saucers. It was at this point where the story would enter the annals of great UFO incidents, and also accrue quite a bit of controversy that has continued to this day.

Shortly after Scully’s book was published, doubt was thrown onto the whole thing, when the two original witnesses were exposed as having been not oil workers, but con men who had concocted the whole thing as a scheme to make money selling “alien technology” that they had retrieved from the craft that would supposedly detect oil in the landscape. It worked out perfectly for them, as the remote area was so isolated that no locals had apparently reported anything out of the ordinary, the two police men who had reportedly been on the scene were not available for questioning, and of course the military wasn’t talking. It basically came down to the word of the first two witnesses, and they could make up whatever story they liked. The idea is that they scammed Scully, who believed it to be a genuine account, in order to get publicity and get the account out into the wild. Indeed, some of this technology the men had supposedly found had been passed on to J.P. Cahn of the San Francisco Chronicle, who had it tested to find out that it was just normal aluminum, and around this time others who had been swindled in the past by the men began pointing fingers, and both Newton and Gebauer would concede that it had all been a hoax. It seems pretty cut and dried so far, but it would prove to be anything but. 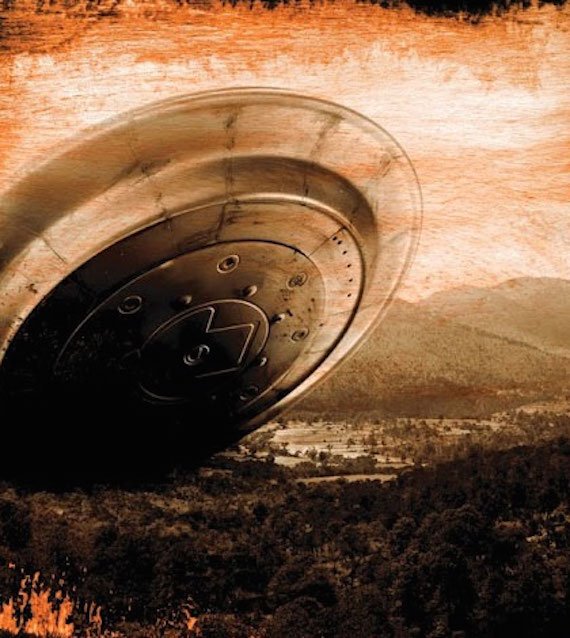 In the 1980s, the case began to gain traction again, with many in the UFO community deciding that it was perhaps not a hoax after all, and that maybe something fishy was going on. This reached a crescendo with the research of UFOlogists Scott and Suzanne Ramsey, who spent decades tracking the story down and hunting down clues that they would include in their book The Aztec UFO Incident. One of the first things they point out is that the whole idea that this was all orchestrated by two con men may just be a red herring, with Scott Ramsey having said of this:

Gotta remember that from 1952 until about 1986, no one would touch the Aztec incident. It was poisoned. No UFO researchers would touch it because it was considered to be a hoax hoisted off on the public by con men. This was taken apart in our book. We realized the government engineered that story to sink Aztec, and they were willing to ruin the lives of two, three people, to make sure it got covered up. You cannot refute the evidence that we have put in this book.

They also draw attention to an FBI document called the “Hottel Memo,” written by Guy Hottel, the head of the FBI field office in Washington in 1950, directed to J, Edgar Hoover and a part of which which reads:

An investigator for the Air Force stated that three so-called flying saucers had been recovered in New Mexico. They were described as being circular in shape with raised centers, approximately 50-feet in diameter. Each one was occupied by three bodies of human shape but were 3 feet tall, dressed in metallic cloth of very fine texture. Each body was bandaged in a manner similar to the blackout suite of speed flyers and test pilots. According to Mr. --------- (redacted) informant, the saucers were found in New Mexico due to the fact that the Government has a very high-powered radar set-up in that area and it is believed the radar interferes with the controlling mechanics of the saucers. No further evaluation was attempted by SA --------- (redacted) concerning the above.

At the time, many people thought that this was strictly referring to Roswell, but there have been some, including the Ramseys, who think that it was more directed towards the Aztec Incident. They point out various other pieces of evidence to support their plight, such as an incident in which a man was approached for selling photos from the alleged crash, with the government converging upon him in Denver, Colorado to purchase them for a good sum of money. Ramsey has said of this:

Just as the buy was about to go down, the FBI and Army CID – that’s Counter Intelligence Division – stepped in. And they specifically in that FBI report say the gentlemen was trying to sell pictures of the Aztec flying saucer. The bottom line on that one is the government took the Aztec saucer very seriously. If there was no Aztec saucer, they would not be been willing to pony up a bunch of money to buy some photos, whether they existed or not.

Numerous other pieces of evidence that they put forward seek to paint the Aztec crash as being far more than a hoax, and worthy of serious follow-up. They state that the witnesses were actually 100 percent believable, and that something strange did indeed go on out in those badlands back in 1948, and that it was simply covered up to a remarkable degree to be swept under the carpet. Scott Ramsey has said of it all:

The witnesses were all 100 percent certain. That what they saw that day was not a conventional aircraft, nor was it a prototype Air Force design that strayed off course and crashed on the high plains of New Mexico. Based on clear witness memories, there is no doubt that they saw a landed flying saucer from origins unknown.

I honestly think in 1948, this is right after World War II. We’re only three years after World War II. The Cold War was going on. I think our government was absolutely smart in not letting our enemies know that we had recovered one, two, three, maybe four flying saucers. Why would we let the Russians know that that kind of technology was there? We were better off to make it look like a hoax, ridicule the people that saw it. You know, we had to make them the town drunk. We do that and move on. Take the technology and try to figure it out because if we’ve got it, God bless, it’s a lot better than if they have it.

In the end, they claim that this really did happen, and that the witnesses were sincere, but that it was totally buried by the nefarious government. Is that what happened? Whether any of it is true or not, the whole incident has made the area of Aztec, New Mexico a tourist mecca for UFO enthusiasts, with an annual UFO festival and the supposed crash site even delineated and marked with a plaque, which you can visit to this day. However, there is nothing left out in this eerie desert landscape to hint at what may or may not have happened on that fateful day back in 1948. We are left to wonder, did something not of this world really touch down in this remote wilderness to be whisked away and totally covered up, or is this just a hoax and bit of media sensationalism? We may never know for sure, but the incident at Aztec, New Mexico has certainly gone on to be an oft-talked about UFO case, and still serves to stir up debate and wonder.