In a new article at his website titled "Codename Rendlesham," Dr. David Clarke addresses the matter of the famous Rendlesham Forest UFO landing of December 1980. As Dave notes: "Next Christmas marks the 40th anniversary of the story that began on Boxing Day morning, 26 December 1980." He also says: "As the legend moves into its fourth decade there is an ever growing cast of story-tellers and alleged experiencers, all armed with rival versions of the story. Each personality has their own group of followers ready to engage in flame-wars to win the credibility battle with rival story-tellers." The main thrust of Dave's article, however, is a forthcoming documentary on the still-mysterious affair: Codename Rendlesham. Dave says of this production: "It avoids the more sensational tropes that have emerged more recently, particularly those concerning alleged cover-ups and contactee stories. Instead, it concentrates on the how the story first emerged and how it developed, placing factual evidence under a withering examination."

With that all said,  and the fact that in less than one year from now we'll be celebrating the 40th anniversary of the incident, I figured I would get the wheels moving. It's time to share certain data with you that perhaps will be expanded upon by someone as Rendlesham gets closer and closer to forty. It was right around Christmas 1980 when one of the most significant of all UFO encounters occurred in Rendlesham Forest, Suffolk, England – adjacent to the twin-Royal Air Force Bases, Woodbridge and Bentwaters. A memo prepared the Deputy Base Commander, Lieutenant Charles Halt reveals the astonishing facts:

“Early in the morning of 27 Dec 80 (approximately 0300L) two USAF security police patrolmen saw unusual lights outside the back gate at RAF Woodbridge. Thinking an aircraft might have crashed or been forced down, they called for permission to go outside the gate to investigate. The on-duty flight chief responded and allowed three patrolmen to proceed on foot. The individuals reported seeing a strange glowing object in the forest. The object was described as being metallic in appearance and triangular in shape, approximately two to three meters across the base and approximately two meters high. It illuminated the entire forest with a white light. The object itself had a pulsing red light on top and a bank(s) of blue lights underneath. The object was hovering or on legs. As the patrolmen approached the object, it maneuvered through the trees and disappeared. At this time the animals on a nearby farm went into a frenzy. The object was briefly sighted approximately an hour later near the back gate.” The notable encounter remains unresolved to this day. 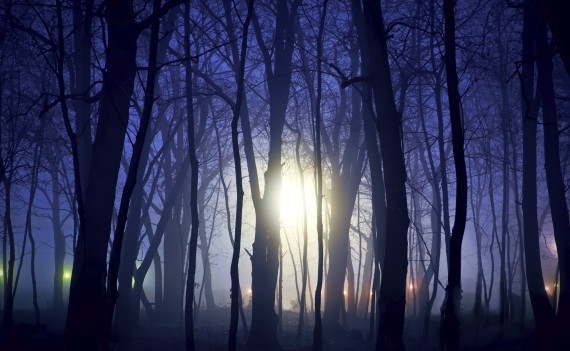 In case you may not know, an equally controversial affair occurred just two nights after the Rendlesham events went down - and on the other side of the world, specifically Texas, USA. When, shortly before 9:00 p.m., Vickie Landrum, her grandson, Colby, and Betty Cash exited the restaurant where they had just eaten, they couldn’t imagine what was just around the corner. As they headed towards the town of Huffman, they were terrified by the sudden sight of an unknown object in the sky. Worse, it was descending on a flight-path guaranteed to ensure it landed on the road they were on. As they got closer, they could see the aerial thing appeared to be in flames and shaped not unlike a diamond. It reached a perilously low level of around twenty-five feet, something which ensured a screeching of brakes and the car brought to a shuddering standstill. The interior temperature of the car suddenly reached intolerable levels. The three jumped out of the vehicle and could only stare in awe and fear. Then, out of the blue, around two dozen, double-rotor helicopters were on the scene, clearly intent on correlating the UFO. Or, perhaps they were escorting it. Cash was sure they were CH-47 Chinooks. They watched as both the UFO and the helicopters left the area and were finally lost from sight.

Within days, all three fell sick: nausea and vomiting were at the forefront. Betty Cash was the one affected most of all – which may be explainable by the fact that she was the one member of the group who got closest to the object. Her hair started to fall out, her skin was covered with pustules and blisters, and the nausea got worse. Despite attempts to force the U.S. government to come clean on what went down, there was nothing but denial after denial from the authorities. The case is a puzzling one, with some UFO researchers believing the three encountered a real UFO, while others suspect they were unfortunate enough to cross paths with a top secret, nuclear-powered, prototype aircraft that was in deep trouble. 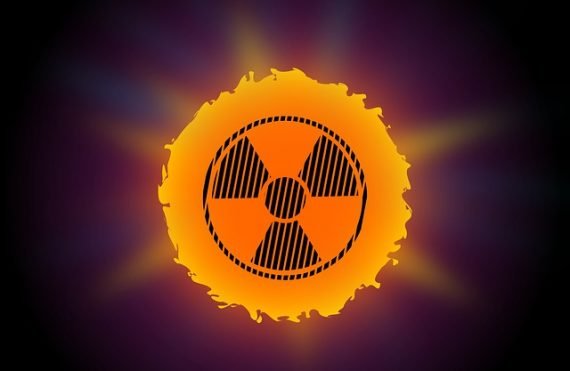 It's interesting to note that the witnesses at Huffman reported seeing multiple helicopters surrounding the craft. It just so happens that RAF Woodbridge had an interesting helicopter-based connection attached to it. As Captain John E. Boyle of the U.S. Air Force revealed to me in 1988: “In the late 1960s and early 1970s, the 67th Aerospace Rescue and Recovery Squadron stationed at RAF Woodbridge [provided] standby rescue coverage for the American space flights. Of course, they were never needed to provide emergency rescue actions, but at the time, the unit was trained and available to rescue astronauts with their HH-53 and HC-130 aircraft. In early 1988, the 67th ARRS was re-designated as part of the 39th Special Operations Wing, their primary mission changing from that of rescue to supporting U.S. Special Operations forces. Their secondary mission remains that of search and rescue and they would provide any assistance necessary in future space missions.”

So, we have two near-legendary UFO-themed events, which, time-wise, were very closer to each other. Also, the ARRS was still in place when the Rendlesham incident occurred. This brings us to the possibility of a Soviet connection. Ian Ridpath notes: "At 21.07 on the evening of 1980 December 25 (i.e. a mere six hours before the supposed UFO landing in Rendlesham Forest) the Russian Cosmos 749 rocket re-entered over north-west Europe and was widely reported as a UFO." Was something Russian secretly retrieved in the forest? Let's see what Jenny Randles, who has written a number of books on the Rendlesham case, has to say about this. In her 1998 book, UFO Crash Landing? Friend or Foe?, Randles says: "It seems inconceivable that if a Soviet nuclear motor was retrieved from Rendlesham Forest several days earlier it would have been ferried across the Texas countryside in this way. However, the links between the cases are stunning. The shape is very like that described by Burroughs and Penniston. Then there is the radiation." And as Randles is careful to note: "The NASA-trained Aerospace Rescue and Recovery squadron at Woodbridge links with the main NASA HQ near Huffman [italics mine]."

Perhaps, someone reading this article will feel up to the challenge and pursue this theory - and the intriguing threads - to a much greater degree, in time for the 40th anniversary in December 2020. It's time to get moving; there's a little less than twelve months to go.

The Bizarre Unsolved Case of the Shark Arm Murder