On the night of January 28, I watched the latest episode of season 2 of the History Channel's show Project Blue Book. The episode was the second part of a two-part story on the infamous Roswell affair of July 1947. I was not impressed at all by the strange, pointless and wholly unneeded twists and turns. They only served to make the story more and more complicated.  I don't know why I continue to watch the show. Maybe, it's similar to when people slow down and stare when they see a major accident on the highway: they can't look away. I guess that's how I feel about Project Blue Book. But, that's not the main point I want to make when it comes to the matter of the show. My point is as follows:

If you know your Roswell history, you'll also know of the extremely controversial claims of the late Glenn Dennis. He was an embalmer in the city of Roswell, New Mexico when the whatever-it-was crashed to the ground in '47. Dennis' story involved a missing nurse, strange and small bodies taken to the hospital of the local military base, death threats, and more. I have commented on Dennis' claims on a few occasions (see this particular article from me). And, I think he knew something of the bodies, even though he totally screwed up his credibility (on several occasions) by changing the name of his unknown nurse, who was almost certainly a woman named Miriam Bush. Dennis' nurse was actually an executive secretary at Roswell’s RAAF hospital. One of the most memorable parts of Dennis' tale - which appeared in Project Blue Book on the 28th - is the claim that in the immediate aftermath of the crash, he was contacted by someone at the base. It was someone who wanted to know to if he - Dennis - had any small coffins. And, that's what I want to address today. 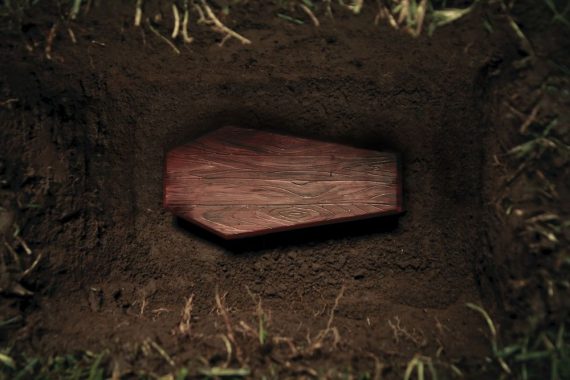 I have always found that aspect of the story to be very puzzling. And here's why: Let's say that strange-looking, small bodies really were found. Well, why even bother asking for small coffins? What would be the point? Why not just use regular sized coffins and avoid any controversy? Such coffins would, after all, have been much easier and handier to get a hold of in a quick-time fashion. There's also the matter of the security concerning what was happening at the hospital. Consider the following: listening to a military officer asking for four or five regular-sized coffins would certainly have caused Dennis to wonder what had occurred: maybe, he had thoughts of a U.S. military plane crash of top secret proportions and that killed all of the crew. That the call came from the Roswell Army Air Field would surely - and initially - have pushed Dennis' thoughts down that direction. The military supposedly bringing up the matter of small coffins, however, would surely have ignited thoughts in Dennis' mind that a bunch of local kids had died - something that would have really got Dennis' mind swirling. And it would surely have caused significant gossip in Roswell. 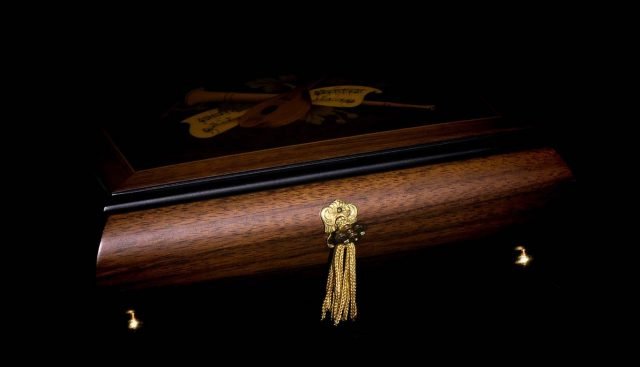 I have always thought that Dennis' story of the small coffins was planted - by the man himself - as a piece of dramatic story-telling and the pinnacle of his claims. If bodies were taken to the base - and I believe they were - having a military man bringing up the need for tiny coffins, and sharing the story with Dennis, makes no sense at all - and particularly so from the perspective of security. Maybe even of national security proportions. It only inflates the controversy even more. And, certainly, no-one on the base wanted that. The military would not have wanted to seed the story of small bodies in the mind of a local embalmer: who was a member of the public. In closing my article, I come back to the matter of this: why would the military specifically ask Dennis for small coffins, when normal-sized would have done the job just as well? The answer is simple: they wouldn't have done that. They would have operated in a very low-key fashion. In fact, in the most low-key fashion possible. The big irony in all of this is that I do actually believe that Dennis knew something of the bodies, and knew that they were taken to the hospital. The problem, though, is that Dennis (A) changed the name of his nurse on more than a couple of times; and (B) in my view conjured up the matter of the kids-sized coffins to try and firmly push his story down an extraterrestrial highway. In doing so, he contaminated his claims, some of which were true. But, that - as a result - are now largely useless.

The Strange Slimy Story of Ectoplasm