The year was 1980, and a well-to-do elderly couple by the names of Charles and Catherine Romer were returning to their home in Scarsdale, New York, from one of their yearly excursions down to their winter home in Miami, Florida. On the afternoon of April 8, 1980, the couple, ages 73 and 75, checked into a Holiday Inn hotel on their route along I-95 and U.S. 341 in Brunswick, Georgia, parking their black 2-door 1978 Lincoln Continental and going to their room with all of their luggage. To anyone watching it would have seemed to be just a mundane, even boring sight of some older folks checking into a hotel, and no one would have had any clue that they were about to become ground zero for a mysterious case that has never been solved.

On April 11, the hotel management became suspicious when they did not hear anything at all from the couple, and no effort was made to extend what was supposed to be just a one night stay. No one answered the door and their car was gone, so it was thought that maybe they had skipped out on payment. Police were notified and arrived at the scene to find the room in pristine shape, and also there was Charles’ diary, which mentioned that they had expected to be back in New York by April 10. It was quite odd, as Charles would be described by relatives as “extremely meticulous and unlikely to have deviated from his plan,” and it was made even more so by the fact that all of their belongings and clothing were still in the room, as well as a healthy amount of between $60,000 and $80,000 dollars worth of valuable jewelry owned by the wife, and it also seemed as if their beds had not been slept in. 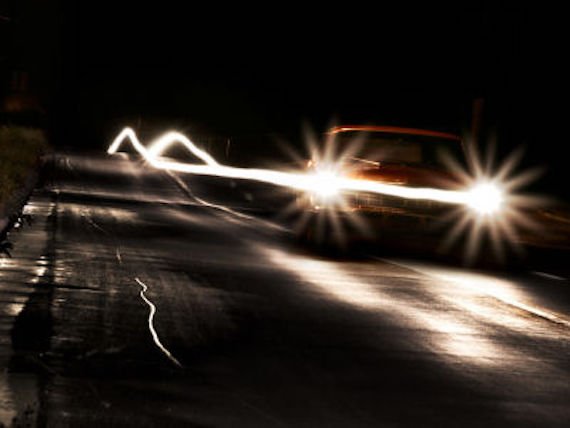 The only clue that could be gleaned from any of it was that the couple had been seen chatting with a younger couple outside their room and a highway patrolman had seen the distinctive black Lincoln continental at around 5 PM on the evening that the Romers had checked in, in an area where there was a collection of restaurants. It was assumed that the couple must have been out to have a bite to eat, but what happened after that was anyone’s guess. Police went around to every restaurant in the area they had purportedly last been seen, but no one remembered the couple or their car, and they then proceeded to do a sweep all up and down the highway, scouring every restaurant, gas station, roadhouse and outhouse for over 120 miles, all of which yielded nothing, no witnesses, no sign of the couple or their imposing car, nothing. Even when the backroads and nearby swamps were searched there was not a single trace of them found, and it was as if they had just driven off the face of the earth.

In the meantime, the sons of Charles Romer launched their own search, offering up a substantial reward for any information, but all that could be gleaned out of anyone was the testimony of some fishermen near Jekyll Island who said they had maybe, possibly seen the couple. Other than that, there was not a single lead, no evidence of foul play, no inkling of where they might have been headed or why, and not a single sign of either the couple or their car. The search would continue for years until they were legally declared dead in 1985 under a NEw York law that states “a person who has been absent for a continuous period of five years and who cannot be located after a diligent search may be presumed dead when the absence is not otherwise satisfactorily explained.”

In the years since there have been sporadic anomalous clues, such as a claim in 2004 from a woman saying that she had almost been run off the road by a speeding black Lincoln Continental at the time, but this is far too slight to lead anywhere. Many theories and conspiracies swirled about in the aftermath of the vanishing. There was of course the idea that they had come across nefarious parties and been the victims of foul play, but this was uncertain. However, since Charles had been rather well-off and a big shot oil executive it was seen as not a totally far-fetched idea. Considering the sons of the family got a rather substantial pay out from the will has also raised suspicions pointed their way, but there is no real evidence of this. Another theory is that they had set out to simply have dinner, but at some point had veered off the road and become entrapped in one of the many bogs and swamps of the area, after which their vehicle would have sunk down into the muck to never be seen again. There has even been suggested that they were abducted by aliens or were swallowed up by a wormhole or some sort of portal to another dimension.

Whatever the case may be, neither the Romers nor their vehicle have ever been located, and there is no evidence at all as to what became of them and their car. What happened to this unassuming elderly couple? Did they come across foul play, did they vanish into some swampy bog, or was it aliens? It was aliens, wasn't it? The case has remained unsolved, and is notable for its complete lack of any clues or concrete leads whatsoever. These people simply drove off from that hotel and kept on driving right off the face of the earth.