There’s a story from the early part of the last century that tells of an old-timer who had first heard about the invention of a brand-new kind of powered carriage: the automobile. Upon first hearing about a motor vehicle that is completely controlled by its driver, the old-timer is reported to have said that he wouldn’t be rushing out to buy one.

“Unlike a horse,” he offered, “no automobile can remember the way home if you’re too drunk to drive."

In today’s world, it probably isn’t a good idea to try and ride a horse while intoxicated (as this cowboy learned the hard way). However, the old timer’s story speaks to a broader truth: that despite the convenience new technologies often afford us, they aren’t always better than the “old way” of doing things.

One obvious example of this relates to the recent outbreak of a coronavirus strain in China, which has led to quarantines in many cities. The virus likely resulted from human interactions with animals in an open marketplace in Wuhan, China; at least one study has suggested that a variety of poisonous snake, Bungarus multicinctus or the many-banded krait, could have been the species of origin. However, some scientists now dispute this, arguing that it remains unclear whether snakes can become infected by the coronavirus in the first place.

Coronaviruses comprise a large family of viruses with a variety of different effects. In severe cases, they can lead to more dangerous conditions that include severe acute respiratory syndrome, better known as SARS. Fortunately, most varieties of coronavirus strains are not quite so dangerous. According to the CDC, "Common human coronaviruses, including types 229E, NL63, OC43, and HKU1, usually cause mild to moderate upper-respiratory tract illnesses, like the common cold." 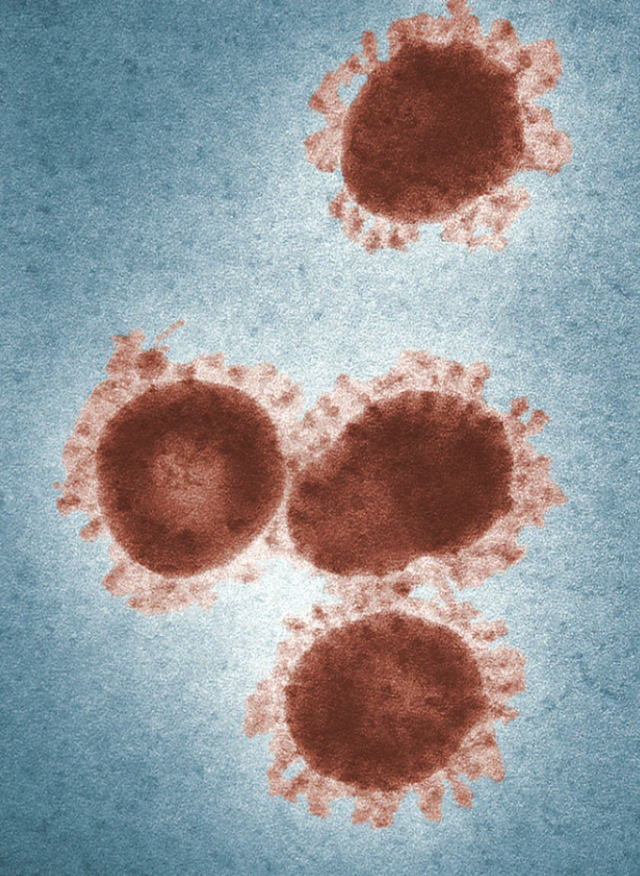 Like the common cold, such virus strains can spread like wildfire, especially in a world of almost ceaseless connections. Public transportation and accessibility to public commerce areas in large metropolitan areas make it easy for a virus to spread to large groups of people. Add to this modern air travel, and you have the potential for the global spread of deadly virus strains.

It doesn't seem to matter that quarantines and health screenings have been implemented, since cases involving Wuhan coronavirus infections have now been confirmed in Washington and Illinois, with more than 20 U.S. states also issuing warnings about possible contamination. As of Friday, two cases had also been confirmed in France.

Arguably, this provides another example of an instance where problems can arise with the help modern technology: the combination of a deadly virus strain and wide accessibility to all parts of the world (especially through modern air travel) presents the potential for a truly global epidemic.

However, if we look back to ancient times, things were far different. That's because people in earlier times had isolation on their sides: in times well before the invention of the airplane, the locomotive, or other forms of modern travel, people didn't have the means to carry deadly virus strains over large distances.

Even the Black Death, which killed as many as 200 million people in Europe over the course of just four years and remains one of the most deadly outbreaks in all of history, never made its way to the Far East. Natural land barriers which included the Caucasus likely helped stifle its movement, although the geopolitical ramifications in the aftermath of the Plague did extend to other parts of the world during subsequent generations.

Fortunately, it is unlikely that such an outbreak could occur in modern times, and have the devastating impact the Bubonic Plague had in the 1300s. According to David Wagner of Northern Arizona University, who spoke with the BBC in 2014, "Plague strains are always emerging from rodent reservoirs, causing disease in humans, but what we don't see are the widespread pandemics because now the public health response would be quick and very concentrated to shut that down."

This is good news, especially in light of the fear that China's recent coronavirus strain has managed to generate. With more than 200 confirmed infections in China and at least 26 deaths resulting from the infection, no one is looking forward to seeing how many passport stamps this virus may be able to collect as it continues to spread, which seems almost inevitable at this point.

Fortunately, even if modern marvels make it more likely that such diseases will spread, the medical technology we possess will likely help prevent such viruses from ever reaching an epidemic scale. Add the fact that this latest coronavirus is far from being as deadly as bubonic plague, as reported by The Hill citing information from the CDC. So while the coronavirus may have an easier time getting around than some of its deadly predecessors over the ages, it's probably not time to panic... yet, at least.