The UFO Phenomenon: A Close Encounter and a Very Credible Witness

My previous article was titled "The Strange Radar-Based Saga of the 'Ring Angels.'" As I said, it was a story that most people have probably no awareness of. Certainly, it has largely been forgotten. As I also noted in the article, a down to earth explanation was found for the weird, radar-based affair that ran from 1958 to 1959 at the Marconi Research Center in Essex, U.K. With this affair still in my mind, I thought why not share with you another largely forgotten saga from decades long gone. This one, however, most assuredly does not have a down to earth explanation. Arguably, it's out of this world - which will give you an idea of the subject matter! We're talking about a fascinating UFO encounter that occurred less than two months after pilot Kenneth Arnold had his encounter that led to the dawning of the age of the Flying Saucer. The whole thing went down on August 12, 1947. The following affidavit on the case was prepared by the eyewitness - a military officer, Captain John Paul Strapp - at Flight Test, Muroc Army Air Field, Muroc, California. That same affidavit was witnessed by a Counter Intelligence Corps agent, Thomas A. McMillan. It reads as follows:

"At 11:50 hours, 8 July 1947, while the undersigned was sitting in an observation truck located in Area # 3, Rogers Dry Lake, for the purpose of observing a P-82 ejection seat experiment, the following unfamiliarity was observed. The undersigned was gazing upward toward a formation of two (2) P-82's and an A-26 aircraft flying at 20,000 feet, preparing to carry out a seat ejection experiment, when I observed a rounded object, white aluminum in color, which at first resembled a parachute canopy. The first impression was that a premature ejection of the seat and dummy had occurred. This body was ejected at a determined height lower than 20,000 feet, and was falling at three (3) times the rate observed for the parachute which ejected thirty minutes later. As it fell it drifted slowly north of due west against the prevailing wind, toward Mount Wilson. The speed, horizontal motion could not be determined, but appeared slower than the maximum velocity 50-80 aircraft. 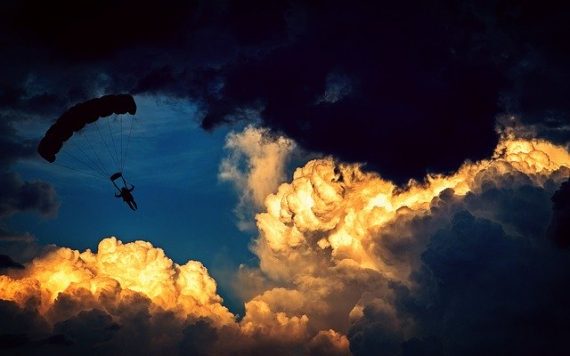 "As this object descended through a low enough level to permit observation of its lateral silhouette, it presented a distinct ovular outline, with two (2) projections on the upper surface which might have been thick fins or nobs. These crossed each other at intervals, suggesting either rotation or oscillation of slow type. No smoke flames, propeller arks, engine noise, or other plausible or visible means of propulsion were noted. The color was silvery, resembling aluminum painted fabric, and did not appear as dense as a parachute canopy. When the object dropped to a level such that comes into line of vision of the mountain tops, it was lost to the vision of the observer. 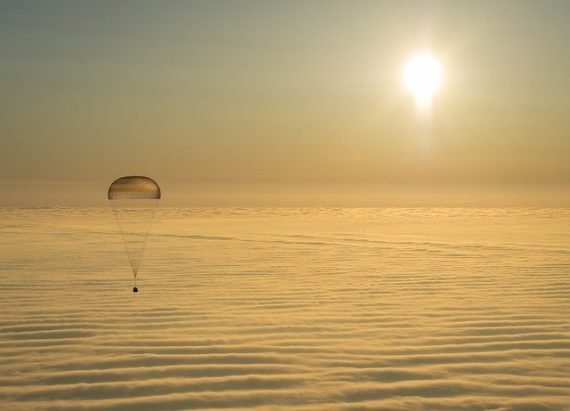 "The following is my own personal opinions about this subject: 1.  I think it was a man-made object, as evidenced distinctly by the the outline and functional appearance. 2.  It's size was not far from 25 feet with a parachute canopy.  3.  The path followed by this object appeared as though it might have been dropped from a great height. Seeing this was not a hallucination or other fancies of a sense. This statement was given freely and voluntarily without any threats or promises under duress. This statement consists of two (2) pages, and is the truth to the best of my knowledge and belief. I have initialed all corrections deemed necessary."

So, what we have here is the testimony of a highly credible individual. Not only that, the witness was able to get a good look at the craft and calculated that it was around twenty-five-feet in diameter and similar to a "parachute canopy" in shape. A classic from decades long gone? Yep!