As a follow-up to my "M.I.B.: You Want Weird? You've Got It!" article, I thought I would share another case with you. From a firsthand eyewitness we have a compelling story of Men in Black, thinly-veiled threats, and what may have been some form of secret, underground, military facility in Arizona. As the witness states: "The following event took place in the spring of 1998 around 2PM. The approximate location the event occurred is about 15 miles SE of the Bill Williams Wildlife Refuge, which is a remote desert area off the Colorado River with the closest town being Parker, Arizona. Growing up in Lake Havasu City, you are surrounded by hundreds of miles of open desert with mountain ranges and endless dirt roads that are great for off-roading. The area this event took place is dotted with abandoned mines which we often explored. I was driving my Jeep and my buddy was behind me in his Toyota Land Cruiser.

"The road we were on was a dirt road no different than any other dirt road in the area. The area was fairly flat with a lot of low brush and creosote bushes.  I pulled off the right side of the road to look around.  There were no signs, no marking, no dirt piles; nothing at all out of the ordinary. I got out of my truck and waked about 30 feet. I came across a hole about 15’ across, I don’t know how deep it was but there was no end in sight. This hole was not visible from the road at all because of the low bushes that are all over in this area. The hole went straight down. Since I have seen a lot of mines, I had come to know what the surrounding area of a mine looks like.  The area surrounding the mine is always disturbed with dirt piles from the excavation, roads to the mine and often times warning or no trespassing signs and fences.

"This particular hole had no disturbances at all. I only found it because I stumbled upon it by accident. I was surprised that there were no signs or safety fences at all. Aside from the natural camouflage of the surrounding bushes there was no attempts made to hide this hole. The only camouflage to hide the hole was the fact that there was nothing at all such as sign or roads to lead you to believe there was a hole there.   Within a minute or 2 of us seeing the hole, a black suburban with dark tinted windows rolled up on us.  We saw it coming up the road but by the time we saw it, it was almost to our location.  I have no idea how they knew we were there so quickly. Two men, wearing all black military fatigues, with black hats and black sunglasses, got out of the driver and passenger side.  Both were Caucasians about 6’ tall carrying side arms. They shut their doors and simply said, 'You need to leave.' 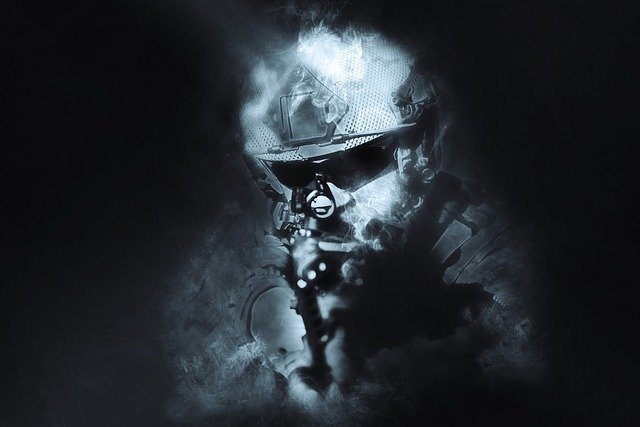 "Being a bit of a smart ass at times and with no fences or signs showing private property or no trespassing, I figured the desert is for everyone. I simply said, 'I don’t see any signs saying no trespassing.' I said it more as a joke because I really don’t like to be messed around with so I wanted to see how serious they were. With no emotion whatsoever the driver simply said: 'I will ask you one more time to leave now.' He never took his sunglasses off or made any other movements at all. I got the point and we drove off. I really did not think too much about it back then because there are a lot of mines out there. I am now 39 and looking back and looking into similar stories, I can now say it was likely not just a mine. If it were a mine, there would have been much more security to prevent injury."

Gold Stolen from the Aztecs by Hernán Cortés Has Been Identified