UFOs & Russia: “He Should Not Ask Questions”

Of the severalthousand pages on UFOs that the Central Intelligence Agency (CIA) has declassified into the public domain, very few make any kind of deep reference to encounters with a U.K. connection attached to them. There is, however, one case in particular that really stands out. It is dated November 18, 1976. The one-page-long report is titled "Aerial Observation of Intense Source of Light." An interesting title, to say the very least. It is a document that was prepared by the CIA's Domestic Collection Division. The report starts as follows: "An unusual incident was observed during a 10 September 1976 British European Airways (BEA) flight (number 831) Moscow to London. Between 1800 and 1900 hours, the aircraft was cruising at an altitude of approximately 33 thousand feet (9,900 meters), apparently inside the border of Lithuania, when a blinding light was observed off the starboard flight path of the aircraft."

The CIA continued: "The light's distance was estimated to be approximately 10 to 15 miles (16 to 24 kilometers) off of the aircraft's path and approximately five to six thousand feet (1,500 to 1,800 meters) below the aircraft, somewhat above a lower cloud layer. The light, which resembled a sodium vapor lamp (yellowish in color), and which was too intense to view directly for any period of time, completely lit the top of the lower cloud layer, giving it a glowing cast." 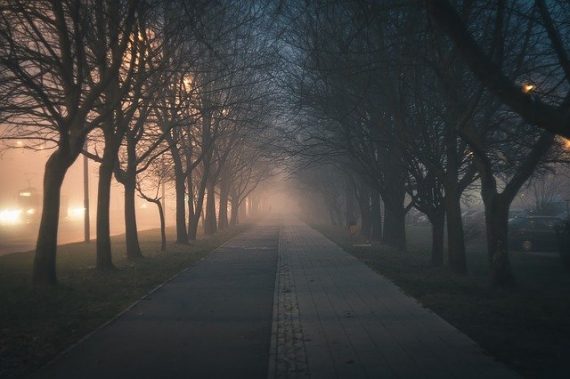 The CIA writer of the once-classified report had more to report: "The light was of such interest that the BEA pilot came onto the aircraft's intercom network, stated that he was somewhat concerned over its presence, and said he had asked the Soviet authorities for an identification of its source. The Soviet authorities came back with a negative identification response, suggesting that he should not ask questions. The light was observed for approximately 10 to 15 minutes, until the aircraft had flown past and left the light source behind."

And, that's where the report ends. So, what was the source of the strange light? The fact that the details of the encounter were logged in the CIA's UFO files makes sense. It is important to note, though, that just because the report was filed under "UFOs," doesn't mean that the crew of Flight 831 encountered something extraterrestrial. I would suggest that the most important line in the whole document is the one that reads like this: "The Soviet authorities came back with a negative identification response, suggesting that he should not ask questions [italics mine]." This suggests - to me, at least - that while the crew of the British European Airways plane were baffled by what they had seen, the Russians may have known exactly what they had seen. Now, let's move onto something that may have relevance to that 1976 incident.

In 1999, Gerald K. Haines – in his position as the historian of the National Reconnaissance Office - wrote a paper titled “CIA’s Role in the Study of UFOs, 1947-90.” It’s now in the public domain, thanks to the provisions of the Freedom of Information Act. It can be read at the CIA’s website. Haines’ paper detailed the history of how, and why, the CIA became interested and involved in the phenomenon of UFOs. Although Haines covered a period of more than forty years, I will bring your attention to one particular section of his paper, which is focused on the 1970s-1980s. Haines wrote: “During the late 1970s and 1980s, the Agency continued its low-key interest in UFOs and UFO sightings. While most scientists now dismissed flying saucers reports as a quaint part of the 1950s and 1960s, some in the Agency and in the Intelligence Community shifted their interest to studying parapsychology and psychic phenomena associated with UFO sightings. CIA officials also looked at the UFO problem to determine what UFO sightings might tell them about Soviet progress in rockets and missiles and reviewed its counterintelligence aspects [italics mine].” Perhaps that mysterious "light" was some kind of Russian device, the very kind that fell into the category Gerald Haines referred to. Namely, something that was perceived as a UFO, but which was actually a secret Soviet vehicle.