Widow Ghost Blamed for Deaths of 13 Men in Thailand Village

Tourists walking through the Ban Tha Luang village in Thailand may think it’s ‘red laundry day’ due to the many red shirts hanging in front of houses to dry. Residents know that they’re not out there to drive …. they’re there to drive away a ghost they believe is killing healthy men of all ages in the village. At least 13 recent deaths have been linked to the ghost which locals believe may be the vengeful spirit of a widow who may have become so fed up with men that she’s killed a few women too. Is a red T-shirt really an effective deterrent? Does it need to be clean?

“The most recent death was that of Boon-uan Baebphimai, 60, a villager in Ban Tha Luang said to be strong and healthy. He was found lying unconscious one day on a village road and died shortly afterwards.”

The Bangkok Post reports that 13 healthy people are known to have died between November 2019 and January 2020 in Ban Tha Luang, a village in the northeastern province near Phimai in the Nakhon Ratchasima Province of northeastern Thailand. The deceased ranged in age from 17 to 60 and were all men. However, other villages nearby having a similar rash of mysterious deaths reported that a few were women. How could one ghost of a widow be responsible for such carnage?

“Phee Mae Mai usually come for men but women have been dying too.”

According to Thaivisa.com, Phee Mae Mai is an evil “widow ghost,” one of many ghosts in a spirits in a culture teeming with them. Many folk beliefs are rooted in Buddhism, but some have transferred over from other cultures. Man-killing ghosts pop up periodically and suspiciously in one village, lending superstitious residents to look for a recently-deceased widow whose spirit might be looking for a mate, or a living widow whose spirit is avenging the loss of her husband.

In 2017, a particularly gruesome series of male deaths occurred in the Nong Kung Si district where four men died under mysterious circumstances and villagers blamed a female “porb” spirit that got inside of them and ate her way out. While the women forced their men to wear dresses (to fool the ghosts), a doctor said the cause was more likely leptospirosis, a bacterial disease that can cause kidney damage, meningitis and death. In 2018, women in the Na Cheuak Yai village of the Nakhon Phanomin province put scarecrows with large penises in front of their houses (to distract the ghost in case the dresses didn’t work) after a number of healthy guys in the tiny village dropped dead.

“Now the locals are hanging out things like Manchester United jerseys to deter the ghosts.”

Fans of the famous football club know their jerseys are red and the team nickname is the Red Devils. That alone probably doesn’t scare away a widow ghost (especially if she never followed soccer) but the red color allegedly does and there are enough team fans in Thailand that their jerseys are abundant and deemed expendable when the cause is scaring away killer ghosts. 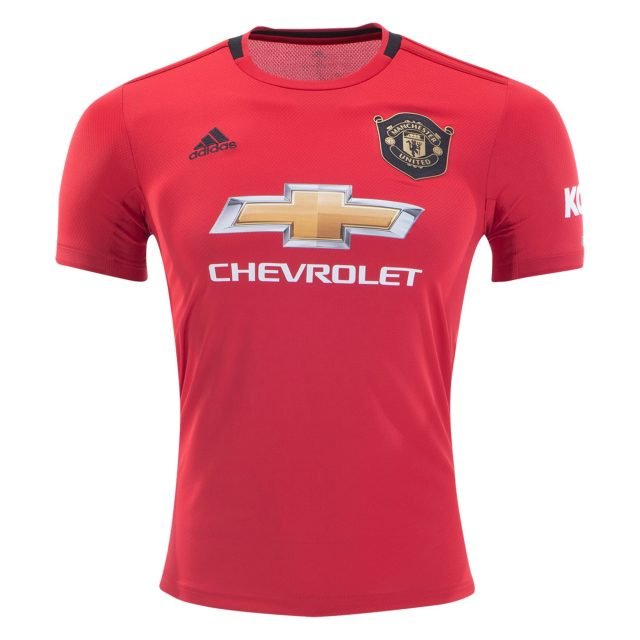 There’s probably a medical or viral cause of the deaths in Ban Tha Luang, but Thai doctors respect the folklore of their culture and don’t discourage their patients of following old traditions for their psychological benefits – as long as they also take their prescribed medications.

And no … Manchester United jerseys are not covered by insurance.