Tax Day (April 15th) is fast approaching and many Americans are once again living in fear of the Internal Revenue Service. As bad as an audit today might be, it could be worse. Researchers in Poland studying newly-discovered graves of what they thought were Polish warriors found that they actually held armed mercenaries from Scandinavia hired as tax collectors. Were they blonde, buff and bearing bags for Polish taxes?

“Chamber-type graves from the Middle Ages are a rare find in Poland. For years, archaeologists and medievalists have been discussing who was buried in them, where the deceased came from, and how they influenced the emerging state of the first Piasts. It was suggested that they might have been Scandinavians, but until now there was no evidence.”

Science in Poland reports on recent research by Dr. Sławomir Wadyl from the Archaeological Museum in Gdańsk on a large cemetery in the small village of Ciepłe in north-central Poland. The cemetery dates back to the reign of Bolesław I the Brave, the long-serving Duke and first King of Poland – the first ruler of the Piast monarchy which led Poland to become a leading nation of Europe. While most of the graves were conventional for the period, Wadyl found four that were unusual – chambers loaded with weapons, riding gear and odd artifacts for what appeared at first to be warriors’ graves. Samples from the remains underwent strontium isotope and genetic analyses and the results were a surprise.

“It turned out that all the dead buried in the central part of the cemetery came not from the then Piast State, but from Scandinavia, most likely Denmark.”

A heavily-armed cavalry of Danes! How heavily armed? The graves contained richly decorated swords and spears, knives, spurs, stirrups, buckles and other gear of riding soldiers. The large burial chambers themselves took considerable time and effort to build -- 3.5 by 2 meters (11.5 by 6.5 feet) structures (big enough to contain the giant wooden coffins used) made of wooden logs connected with cog joints in the corners, the same design used in building homes of the period. In fact, Wadyl called the chambers “death houses.” The chambers were separated from the rest of the cemetery’s graves (which were the conventional pits of the time) by a fence. This might be a befitting final resting place for brave Polish warriors, but these were Danish men. Not only that, the graves contained some non-warrior items.

“Among the objects discovered in chamber graves were also coins, metal and wooden utensils, scales with weights, a comb, knives and metal decorations.”

‘Scales with weights’ and touchstones (a piece of jaspar or other stone used for testing alloys of gold by observing the color of the mark which they made on it) indicated that these men were tax collectors for the Polish ruler. What were these Danish cavalrymen doing collecting taxes for the Polish king?

“According to Dr. Wadyl, settlements in the area of Ciepłe were founded by Bolesław I the Brave. For the growing early Piast state, the settlement of people was one of the means to gain control and sovereignty over the eastern part of Pomerania and the extremely important and prospective Vistula route.”

The Vistula River runs north-south through Poland and has long been its most important trade route. Its mouth is at the Baltic Sea in a multi-country area known as Pomerania -- Polish for “by the sea” and yes, the little dogs are miniature versions of the Spitz breed from the German side. 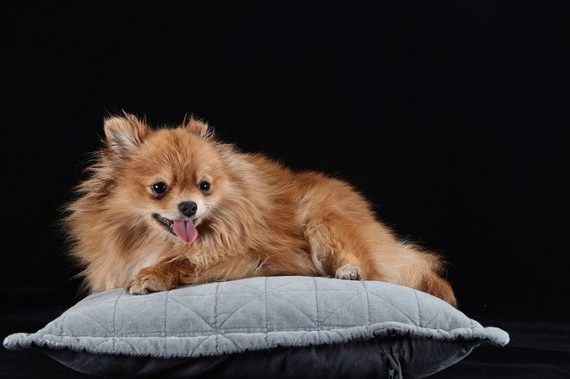 Bolesław I the Brave knew the best way to grow quickly is with immigrants and the best way to keep them happy (especially when they’re trained and heavily-armed Danish soldiers) is by giving them good jobs, like tax collectors. Despite their reputations today, these tax collectors must have been well-respected (at least by their bosses) to have such elaborate and expensive graves.

Good luck getting that kind of respect today, tax collectors … even if you try to bribe us with tiny dogs and Danish pastries.

Sex, Drugs, and Demons: The Time David Bowie Had His Possessed Pool Exorcised