A lot of people seem to like to poke fun at UFO witnesses and believers. The field has unfortunately drawn to it some amount of skepticism from those who think it is all a bunch of quacks and weirdos out in the boondocks. Yet, this could not be further from the truth. Many of the staunchest supporters of not only UFOs being taken seriously by the public, but also full government disclosure on what might be kept secret from the public at large, are top, eminent members of the fields that matter most.

This particular tale revolves around the legendary astronaut Leroy Gordon "Gordo" Cooper Jr., an American aerospace engineer, test pilot, United States Air Force pilot, an astronaut pioneer, who was also involved in the first human spaceflight program of the United States, Project Mercury, running from 1958 through 1963, piloting the longest and last Mercury spaceflight, Mercury-Atlas 9, and would have numerous accolades and notable achievements throughout his career. He would later go on to join several corporate boards and as technical consultant for more than a dozen companies, and he is widely considered a legend in his field. As respected as he was, he also had his share of stories to tell of strange UFO encounters in space.

Cooper seems to have had a long history of UFO sightings, which he has spoken of in interviews and in his autobiography Leap of Faith. His earliest well-known UFO encounter apparently occurred in 1951, when he saw a circular formation of “metallic, saucer-shaped vehicles” while flying over East Germany. These objects would apparently frequently appear, and he would say, “We never could get close enough to pin them down, but they were round in shape and very metallic looking.” Shortly after this, he was transferred to the Edwards Air Force Base Flight Test Center in the California desert, where the weirdness would continue. In May of 1957, Cooper was a Project Manager at Edwards Air Force Base. He says that he and some of the other crew would sometimes see a strange object come down to hover over the nearby lake bed, of which he would say, “It was a typical circular-shaped UFO. Not too many people saw it, because it took off at quite a sharp angle and just climbed straight on out of sight!” This object would apparently come to rest on the lake bed upon an array of three “legs” that extended from the bottom.

They apparently took a lot of footage of this particular event, and it was allegedly very unnerving for all those present, all of them experienced airmen who were used to seeing experimental aircraft and whatnot. Cooper went about alerting the Pentagon as to what was going on, and he was purportedly subsequently told to send all of the negatives of what they had captured on film in a locked courier pouch. That was the last he would hear about it, with the photos just vanishing and no apparent action taken, no explanation given, despite the fact that this had been an obvious foreign craft in U.S. military airspace. Even though the government had apparently swept it all under the carpet, Cooper would have none of it. He appeared on several high profile programs such as the Merv Griffin Show, where he insisted that the incident was real and said:

I think it was definitely a UFO. However, where it (the object) came from and who was in it is hard to determine, because it didn't stay around long enough to discuss the matter - there wasn't even time to send out a welcoming committee! I think it's fairly credible. I would like to see the time when all qualified people could really work together to properly investigate these stories and either refute or prove them.

Cooper’s UFO experiences would continue, when on May 15, 1963, he would allegedly witness one during his solo space mission above the Earth’s surface, saying that it was an anomalous “greenish object.” This would only add to his suspicions that something weird was going on, and in 1978 he penned a letter to the United Nations begging them to release any information they had. In the letter he expressed the importance of making contact with these entities and finding a way to “resolve our problems by peaceful means, rather than warfare.” Cooper would go on to become a major proponent of full government disclosure on the UFO phenomenon, and believed there was a massive government conspiracy covering it all up. He would claim that he knew of hundreds of cases from fellow pilots and astronauts of seeing something beyond understanding, which were subsequently kept hush hush. He would claim that there had been all sorts of evidence that had been buried as well, and he said in one interview in the late-1990s:

For many years I have lived with a secret, in a secrecy imposed on all specialists in astronautics. I can now reveal that every day, in the USA, our radar instruments capture objects of form and composition unknown to us. And there are thousands of witness reports and a quantity of documents to prove this, but nobody wants to make them public. Why? 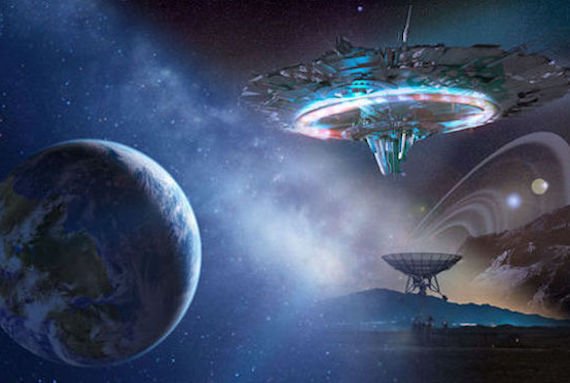 Why, indeed. The public reaction to such allegations by such a well-respected icon of the military and space travel was to merely shrug its shoulders, after all what are you going to do when the guy is an aeronautic legend? In the meantime, Cooper continuously and tirelessly pressed for more information on what was being kept from the public, right up to his death in 2004 from complications of Parkinson’s disease, appearing in the documentary “Out of the Blue” about it and even writing at length about it all in his autobiography Leap of Faith. His whole message later in life was that the mass UFO cover-up that conspiracy theorists drone on about was all completely real, and he was a major champion of full disclosure in this area. It is hard to know how much of an effect he had, and he gained many critics, such as space historian Robert Pearlman, who wrote:

While no one can argue with someone's experiences, in the case of Cooper's own sightings, I found some difficulty understanding how someone so connected with ground breaking technology and science could easily embrace ideas such as extraterrestrial visits with little more than anecdotal evidence.

Cooper joins the ranks of very qualified, respectable UFO witnesses and ambassadors of disclosure who have mostly been either met with shrugged shoulders, raised eyebrows, or flat out disdain. Yet what are we to make of the claims and statements of such a well-respected member of the NASA community? Can his accounts an assertions really be written off as the ramblings of someone off their rocker, or do they perhaps deserve a little more consideration? Whether you believe him or hate him, Cooper has earned a place where he represents a certain type of witness and champion of UFOlogy that is hard to ignore.