If you like to lie on an inflatable raft in your swimming pool and scan the night sky for UFOs, you may want to read this before you jump in again. A large triangular UFO was seen recently by multiple witnesses hovering over  swimming pools at a sports and social club in Mechita, Argentina, on what was described as an extremely hot night (it’s summer in Argentina). The next morning, a club worker discovered that water had been splashed out of the pools and, despite an entire night of intense heat, had not evaporated. Was the UFO attracted to the pools? Did it splash the water? What could it have done to give the water such power?

“They were 10:30 pm on the last Friday 22nd, I was next to a friend kneading pizzas inside his house with tremendous heat so I decided to leave and when I leaned against a car, I looked up and saw a huge object in the form of black triangle darker than the sky and with red tips. It moved from left to right and made no noise, there was no engine or turbine sound and it was located about 50 meters above the trees. ” (Google translation)

Witness Diego Sarquís told La Trocha what he saw on that hot January night – a triangle “about 10 or 15 meters in diameter” (33 to 50 feet) hovering 164 feet above the club’s large pools and making no noise. He called for friends who came out but may or may not have seen it “traveling very slow and rotating with an apparent SE-NW heading, going toward Junín.” Junín is about 90 km (56 miles) from Mechita – both cities are in the province of Buenos Aires and Junín has had a number of UFO sightings, according to Luis Burgos, a UFO investigator for FAO (Argentine Foundation for Ovnilogy). He talked to both Diego and other witnesses he uncovered.

“In Diego's observation, the object is completely silent and when this family sees it about 600 or 700 meters from the place, it already perceives a rather intense noise as if it were a helicopter. It is the only difference there would be between both visions. This is not a contradiction since it could have been a bit of propulsion or the escape of the object that Diego did not perceive, because he was completely silent when he could see it.” (Google translation) 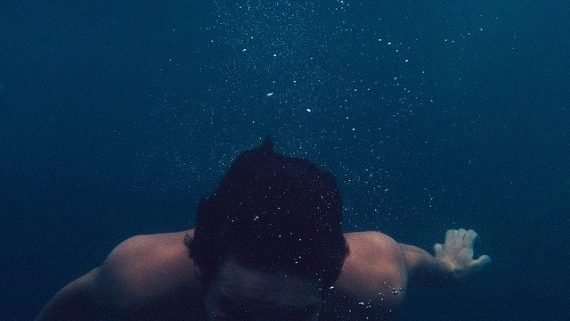 The most intriguing witness by far was a manager in charge of the pools at the Mechita Swim Club. She gave  Burgos a photograph taken the morning after the UFO appeared showing the concrete surrounding the pools. Something splashed water out of the pools and, despite this being many hours later and the temperature being extremely hot, none of the water had evaporated. (See the photo here) Burgos explained to Noticia Baires that Argentine UFO’s are most seen above water (70% of them are over water), particularly swimming pools.

“It happens that when objects approach land or produce a landing, they are looking for something . When we do a zonal survey, the first thing we look for, beyond the witnesses, the geographical location and the environment, are the poles of attraction . We find swimming pools, Australian tanks, mills, laurel trees, eucalyptus mountains, railways, power lines.” (Google translation)

The “Mechita triangle” appeared over and splashed water out of swimming pools, not nearby lagoons. Burgos also noted that this geographic area, particularly along nearby Route 5, has historically had “a lot of UFO activity.”

“There in Bragado people remember the observation that the famous director, composer and pianist José Basso had in 1958 , who traveled with his orchestra one night in the vicinity of Bragado and observed a flying plate practically perched on the ground . Some of his musicians approached because the bus driver stopped the march and saw an object practically landed in a field. On the way back they stopped at the same place and noticed that there was a large area of calcined grass that was where the device had been. That case became very famous because the witness was very well known, but cases like that there are a lot.” (Google translation)

“Ufos and Water: Physical Effects of Ufos on Water Through Accounts by Eyewitnesses” by Carl W. Feindt contains many accounts of UFOs above, below, entering and exiting water, and the recent Tic Tac UFOs seen by Navy pilots were over the ocean. One popular theory is that these spaceships are water-fueled. However, the only water that seemed to be lost in the “Mechita triangle” pool incident was that splashed out of the pool. Was the UFO spooked by Diego Sarquís and the other witnesses? Could it have accidentally dumped something during the process into the pool, causing the water to resist evaporation? None of the accounts say the water was sampled and analyzed, and there don’t appear to be any follow-up investigations. 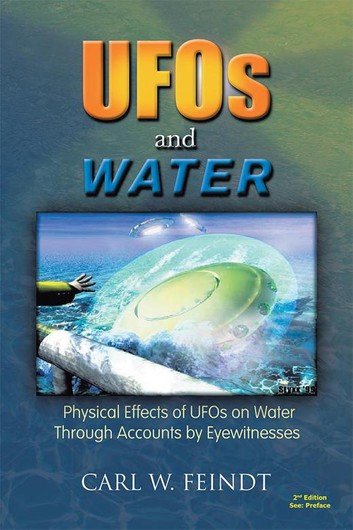 That’s too bad. This is one of the closest and most unusual triangle UFO sightings. Was it alien or of Earth? Whichever caused it, what happened to the water in the pool? Is what Burgos found enough to make you quit watching for UFOs from your pool or hot tub? What about bathtubs under skylights? Standing in a puddle? Snow? Drinking a cold glass of H2O? Should astronomers double down on searching for water on other planets?

Is this the reason why water-fueled motor vehicles and their inventors seem to disappear before they can be mass-produced?