Albert Einstein died in 1955 but his theories live on and continue to be proven correct. The latest piece of Einstein’s Theory of General Relativity pie to be confirmed is his prediction that space and time can be twisted, bent and swirled by the fast rotation of a massive space object. Scientists recently discovered a dead-but-still-spinning binary star system whose gravity is causing a phenomena called frame dragging – dragging the spacetime frame surrounding it around fast enough to twist it. Is this another item to add to Einstein’s list of “This changes everything!” discoveries?

That unique stellar pair, according to Space.com, would be PSR J1141-6545, a binary star in the constellation Musca (the fly) near the Southern Cross constellation (for those of you playing the astrophysicist game at home). PSR J1141-6545 is a unique binary in that one half of the pair is a pulsar – a fast-orbiting, young neutron that is the corpse of star killed in a supernova, whose gravity is still strong enough to mash protons and electrons to for neutrons. The other half is a white dwarf – another dead star that merely burned out.

“We observed a temporal evolution of the orbital inclination of this pulsar that we infer is caused by a combination of a Newtonian quadrupole moment and Lense–Thirring (LT) precession of the orbit resulting from rapid rotation of the WD. LT precession, an effect of relativistic frame dragging, is a prediction of general relativity.”

In a paper published in the journal Science, Vivek Venkatraman Krishnan, an astrophysicist at the Max Planck Institute for Radio Astronomy in Bonn, describes how he and his team watched PSR J1141-6545 for 20 years since its discovery and determined the binary was a pulsar flying around a white dwarf at 620,000 mph (1 million km/h), with a maximum distance between them of the size of our Sun, making the length of the orbit an unfathomable five hours … all while the white dwarf itself spins 30 times an hour.

The Lense–Thirring precession or the Lense–Thirring effect is the relativistic correction to the precession (the slow movement of the axis of a spinning body around another axis due to a torque, such as gravitational influence, acting to change the direction of the first axis) of a gyroscope near a large rotating mass such as the Earth. On an earthly scale, it’s barely discernible. On a binary star scale – it causes the halves of this binary pair to move in a warped space-time way, something Einstein predicted … the reason many suggest it should be called the Einstein--Lense–Thirring effect. In PSR J1141-6545’s the gyroscope is the white dwarf spinning fast enough to cause frame dragging and warp spacetime. The pulsar provides the beam of radio waves monitored by Krishnan that shows the warping. In this case, the warping is a movement of the orbit, which should normally be stable. 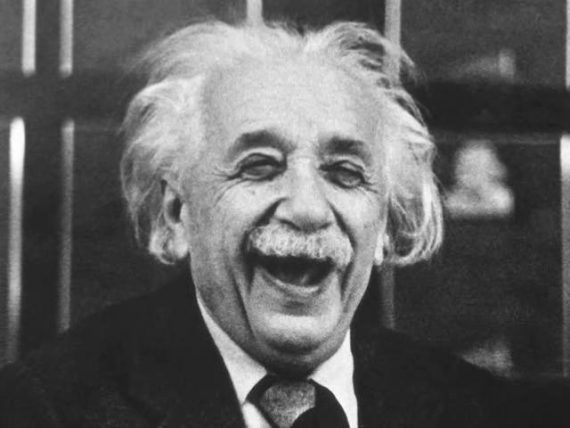 Is this a big “This changes everything!” deal? Well, Einstein thought many of his relativity theories would never be able to be seen by humans, so this would be one for him. It’s a big deal for the field of extreme astrophysics (the realm of gravitational waves and black holes) and the owners of billion-dollar radio telescopes and the networks that allow them to work together. And it’s obviously a big deal for Vivek Venkatraman Krishnan and other astrophysicists seeking to understand fast-spinning neutron stars (there are plenty more) and what gives them the spin to warp spacetime.

Thank you once again, Albert!

The Holy Grail and the Mystery of the Nanteos Cup