When the doctor tells your loved ones to start digging your grave, that’s usually what they do – especially if your heart hasn’t registered a beat in 10 hours. Fortunately, someone stuck around the room of an 83-year-old Ukrainian woman who had been dead for ten hours and had the presence of mind not to panic when she suddenly started moving. The woman was revived and able to talk about her way-too-near-death experience and who she talked to in the afterlife. Did they give her advice on a good lawyer?

"My eyes were opened and white people were sitting around me. I thought they were angels but these were doctors. Apparently God had mercy on me."

Ksenia Didukh sounds pretty lucid for an 83-year-old woman who was gravely ill, appeared to die at home, didn’t move for 10 hours, suddenly started moving, was rushed to the hospital, came out of a coma and probably asked for something to eat. This feisty 83-year-old, a resident of Stryzhavka, a small village in southwest Ukraine, looked around and saw doctors, family members and a priest there to make funeral arrangements. Which one do you think she threw out first? 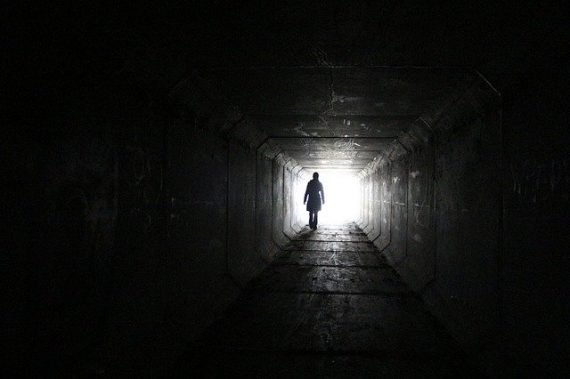 “A miracle of the resurrection has taken place.”

Father Patrick, the priest on the scene, may have been a little overdramatic describing what he had just witnessed, but there’s no question that Ksenia Didukh was dead for quite a while. Tetyana Potomchenko, her daughter, told reporters the former nurse appeared to be dying and the medic called to the house hooked up an electrocardiogram, confirmed that her heartbeat had ceased and advised the family to “close the mirror and light the candle.” (An old Ukrainian saying?) After the death certificate was issued, the family called the priest, had a funeral dinner and began digging a grave. That’s when someone probably placed a hand lovingly on her forehead and was shocked to feel warmth.

“I have been working as a doctor for 20 years, but I have not seen anything like this.”

Dr. Tetyana Katylova, deputy medical director of Vinnytsia Regional Hospital where Ksenia Didukh came back to life, sounds like the only place they've heard about the Lazarus syndrome was in medical school. Also known as ‘autoresuscitation after failed cardiopulmonary resuscitation’, it’s the spontaneous return of a normal cardiac rhythm after failed attempts at resuscitation. There are records of dozens of cases, although Ksenia Didukh may not get her name on the list because there’s no indication doctors who came to her house tried to resuscitate her. Dr. Katylova has no doubt heard of near-death experiences and the 83-year-old certainly had one – she told the media she had seen "kingdom of paradise" and heard her late father calling.

Ksenia Didukh avoided getting her name in the obituaries, but she won’t be in the Guinness World Record Book either. The record for the longest time coming back to life after being declared clinically dead is held by Velma Thomas who in 2008 came alive 17 hours after doctors declared her brain dead and she showed signs of rigor mortis.

While not exactly a proven miracle or a record-breaker, Ksenia Didukh’s recovery from a 10-hour death certainly qualifies as strange and is worth investigating to determine which step in the medical process failed to determine that she was still alive. At that point, assuming she’s still alive, Ksenia Didukh doesn’t need the help of angels to tell her who to sue.