I'm looking for the Ogo Pogo,
The funny little Ogo Pogo;
His mother was a polly while his father was a whale,
I'm going to put a little bit of salt on his tail!

When it comes to sea and lake monsters, The Loch Ness Monster is the leader of the pack – and rightly so. Its tales have been told for centuries, its annual sightings are increasing at a record-breaking pace, it makes regular appearances in the mainstream media, it contributes greatly to the local economy and it even has a few songs written about it. While the Ogopogo of Okanagan Lake probably generates a few souvenir sales in the Okanagan valley of British Columbia, has a long history, has had some recent sightings and even has its own song, it’s no Nessie. However, like its Scottish counterpart, Ogopogo does attract scientific studies and one of its most persistent researchers recently gave a detailed report on his latest findings. Spoiler alert … its mother wasn’t a polly and its father wasn’t a whale. 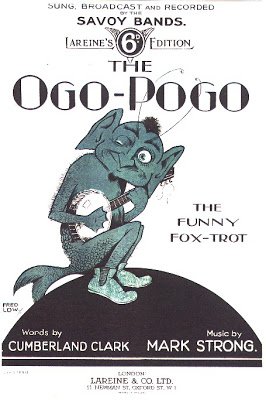 “It’s sort of a false logical argument. If I have an explanation and you don’t, then I’m right. Myths and legends are often stories and very often they’re delivered as stories to teach lessons. They’re used as vehicles to transmit other sorts of knowledge and they’re useful from that point of view. The problem begins when people take the myth as being literally true and then it becomes irrational. This is true of all mythological belief systems, and that’s also a large issue as a working scientist opposing mythological truths.”

While he sounds like a political scientist in that quote, Robert Young is an earth and environmental science professor at UBC Okanagan. He tells iNFOnews that about 1,000 lakes around the world have reports of lake monsters and 34 of them are in British Columbia. Ogopogo is the most famous being called N’ha-a-itk, the spirit of the lake, by the Interior Salish First Nation people thousands of years ago. Young has heard the ancient myths, the more recent ones told by early European settlers and the modern stories, complete with videos. He doesn’t buy into the myths and believes that the witnesses saw something. It’s his job as a “working scientist” to explain what that was. Needless to say, it wasn’t a sea monster.

“People don’t like seeing things that don’t have an explanation. The idea that this is some stranded reptile from the Mesozoic era is nonsense because the valley itself didn’t form until well after the dinosaurs went extinct. This thing would have to be very lonely. How would it reproduce? How would it get around all these lakes?”

“When the winds stop, then the water settles and you have a considerable current going on and that can cause waves as well.”

That’s right … Robert Young says all Ogopogo sightings are just waves of various sizes and shapes that can occur on Okanagan Lake without the aid of nearby wind. In some cases, he thinks wind on another part of this large lake causes the waves by messing with water depths and currents. In other cases, a small increase in surface water temperature causes it to become more dense and sink below the next layer, causing windless waves. Those wave-causing changes can be induced by the presence of bridges and guess what … he blames the lake’s W.R. Bennett Bridge for many waves reported as Ogopogo sightings.

Does this mean Robert Young doesn’t have an Ogopogo poster in his office with the words “I want to believe”?

If only some current political scientists believed the same thing.

In the meantime, sing along with the Paul Whiteman Orchestra.

I want to find the Ogo Pogo
While he's playing his old banjo.
I just want to take him
Back home where I'll take him,
And then I will make him
The sensation in a Broadway show!

Really Weird Cases of People Who Talked to Aliens