Dean Koontz Predicted Wuhan Virus in 1981 Thriller – or Did He?

We generally expect scientists, psychics, economists and, of course, science fiction writers to predict the future. But thriller/horror writers? Would you really feel comfortable known that one day your neighbor’s dog could really turn into Cujo? Novelist Dean Koontz is known for penning suspense thrillers with elements of horror, fantasy and science fiction, but he’s never been known as a futurist … until now. Sharp-eyed Koontz fans with good memories have dug up their dog-eared copies of Koontz’s 1981 novel, "The Eyes of Darkness," and found passages where he writes about a virus called Wuhan-400 developed in a biological weapons lab in Wuhan, China – a man-made virus dubbed the “perfect weapon.” Why? Spoiler alert! Much will be revealed soon. Including whether Koontz actually wrote the passages!

“They call the stuff “Wuhan-400” because it was developed at their RDNA labs outside of the city of Wuhan, and it was the four-hundredth viable strain of man-made organisms created at that research center.”

“The Eyes of Darkness” is about a mother searching to find out if her son really died a year before or if he’s still alive.on her quest, she learns about Wuhan-4000, called the “perfect weapon” because:

“It afflicts only human beings. No other living creature can carry it. And like syphilis, Wuhan-400 can’t survive outside a living body for longer than a minute, which means it can’t permanently contaminate objects or entire places the way anthrax and other virulent microorganisms can.”

Sound like any coronavirus you know? The passage was underlines and tweeted by @Darren of Plymouth and picked up by the South China Morning Post and the Taiwan News – which are looking for any clues or news on the deadly, puzzling and spreading virus. There’s even a bit of conspiracy surrounding the novel itself. For one thing, Koontz wrote it under the pen name “Leigh Nichols.” It was released as a hardcover in 1989 under his name and a few years later in paperback, which appears to be where a mysterious change occurred. 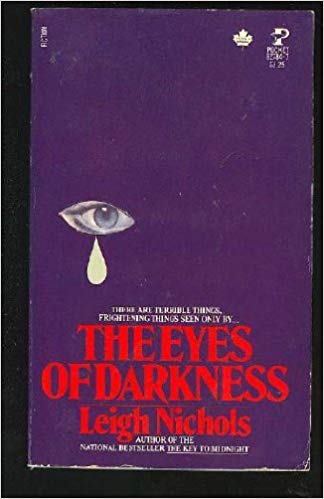 “They call the stuff “Gorki-400” because it was developed at their RDNA labs outside of the city of Gorki, and it was the four-hundredth viable strain of man-made organisms created at that research center.”

Double-eagle-eyed readers found early editions of the book that referred to the virus as Gorki-400, a bio-weapon developed by the Russians in Gorki. In fact, it almost seems like the publisher did a find/replace of Gorki/Wuhan after the Cold War ended because that’s about the time the change appeared.

So, was Koontz or a lucky editor who predicted the Wuhan virus in "The Eyes of Darkness"?

The South China Morning Post points out that Wuhan has long been home for microbiology and virology labs, so a smart writer would use it to make a novel more realistic. Also, Japan did chemical weapons research in China during World War II, and rumors of the Chinese government conducting similar research and development run rampant today. 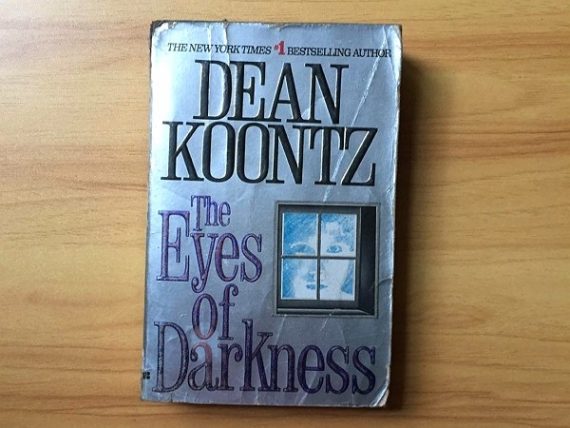 But the original novel put the virus development in Gorki, Russia. Does it have the same historical connection? The largest of the cities named Gorki in Russia is a work center in the Leninsky District just south of Moscow. The small town’s (population about 3,500) is that Vladimir Lenin died there. This selection looks more like Koontz tossing a dart at a map of Russia or picking a city based on how much he liked the name.

It appears the selection of Wuhan was prescient not by Dean Koontz under any name but by a lucky editor user orders to be nice to the Russians, because they’re not communists anymore.

How did that turn out? Maybe Koontz needs to write a sequel … before the real coronavirus of Wuhan writes it for him.