Dragging the Ark of the Covenant: The Manfred Missfelder Story

There are few ancient artifacts capable of capturing the public imagination more than the Ark of the Covenant. Even if you're not an Indiana Jones fans and haven't seen the final scene of Raiders of the Lost Ark a gazillion times --when the gilded coffin containing the tablets of the Ten Commandments (or rather, their pulverized remains) is stored in a wooden box and secreted away inside a massive U.S. government warehouse-- the legend of the sacred object said to be able of not only connecting the mortal world with the divine, but also influencing the outcome of battles in favor of the ancient Israelis, has managed to survive the test of time. Which is more than we can say of the knowledge of its actual location... 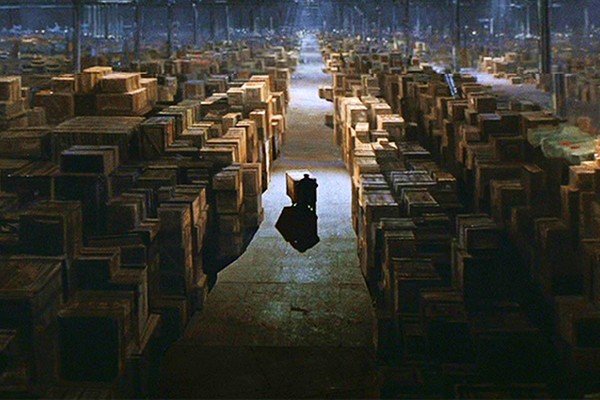 Rivers of ink and entire forests of paper have been spent throughout the ages speculating on what exactly happened to the Ark, and where it might actually be found if it still existed to this day ("or ever at all," as atheists skeptics would quickly point out). Graham Hancock's first book in the alternative history genre, The Sign and the Seal: The Quest for the Lost Ark of the Covenant (1992), provided evidence to suggest the Ark is zealously guarded inside a temple in Aksum, Ethiopia, which would coincide with the myths of the Ark being stolen by the son of King Solomon and the Queen of Saba, before the fall of the First Temple, around 587 BC.

But the story I'm going to tell you in this article, dear Coppertops, does not involve crumbling pieces of parchment with an "X" marking the spot, or battling for control of powerful artifacts against face-melting Nazis. This story is in many ways simpler and at the same time much more bizarre, and it is also a perfect example that there's no limit to what a man is capable of doing when an idea is fixed in his mind... for better or worse.

Our saga begins in the small German town of Jestetten (close to the Switzerland border) with an artist by the name of Manfred Missfelder. Herr Missfelder, according to the brief biography found in the now-defunct webpage of his small art gallery, was born on April 26th, 1938 in Königsberg. After migrating to Canada when the war ended, Missfelder moved to Zurich where he became a tinsmith and founded his own company in 1967.

But the life of a businessman didn't sit well with Missfelder, who had an interest in psychology and finer intellectual pursuits. He decides to become an artist, and in 1988 he leases his Swiss company and moves to Jestetten, where he buys an old farm from the 18th century. He also opens up the Missfelder gallery, intended to be a "house of encounter." The small samples of his work preserved by the Internet's Wayback Machine shows an affinity for geometric abstractionism and also poetry:

Mind, soul and body are one.

To be human means to be a living, active part of a whole.

Fears and dogmas prevent the development of joie de vivre and creativity.

Among the books he reads to broaden his horizons, Missfelder picks up the Bible. It was his lecture of the holy texts during the mid-1990's which brought about the inspiration of a curious idea: to create an exact replica of the Ark of the Covenant, as a symbol of penance for the crimes of the Germans during the Holocaust.

Using the measurements and general description of the ark found in the pages of the Old Testament, Missfelder commissions a local carpenter to build him an accurate copy of the sacred object. Once completed, he gilds it himself, which would have cost a pretty penny, and he also puts inside replicas of Moses's stone tablets. But if that was not enough to show his commitment, he then acquires a small electric car to pull his heavy creation behind him. He then embarks on a journey on foot, alone, dragging his Ark that weighs hundreds of pounds across the German territory: from North to South and from East to West, painting an invisible cross on the map, mimicking the hand gesture Catholics make when they pray.

Missfelder arrives in Frankfurt (Oder), a little town 80 km from Berlin close to the Poland border. But the artist's religious fervor is far from being fully sated: He decides to keep going and bring the replica to the Holy Land itself.

Without making any travel arrangements or even money, the man and his ark make the incredible trip to Israel at a snail pace. Because his electric car needs to be charged twice a day, he can only cover stretches of 35 kilometers from sunup to sundown. Missfelder finds food, lodging and power sockets wherever he can, relying on the hospitality of strangers who were probably moved by the piety of this crazy German --after all, stranger things have been committed in the name of faith.

His pilgrimage takes him to Poland and Königsberg, his home town, which is now part of the Soviet Union. He continues to Moscow via Lithuania and Belarus. His backpack is stolen along with all his papers and the last 300 marks he had left. A Russian businessman takes pity on him and he gets a temporary passport and a bit of cash so he can continue his trip, but at the border with Ukraine he is stopped by guards who refuse to let him through, because he lacks proper documentation. An interpreter is brought so he can explain to the border officers about his plight and his purpose, and about the kindness he's received during this personal crusade of his. The guards are either deeply moved or fed up with this nuisance, because they finally let him cross.

From Georgia Missfelder reaches Turkey and the entrance to Asia. At the Syrian border he takes a boat that takes him to Haifa, using the money given by the Russian businessman. Missfelder finally reaches his objective: It's 1995, and it has taken the 57-year-old man more than a year to cover the distance of 5500 kilometers across nine different countries. Surely the hand of Providence had been with him all along!

...That is, had it not been for what happened to him once he got to Israel: Missfelder is confronted by two ultra-orthodox Jews who fail to see the spirit of reconciliation in the German artist's heroic gesture, and are not particularly amused by the sight of a "goy" (gentile in Hebrew) traveling through Eretz Israel with a copy of one of their forefathers most revered symbols. To add insult to injury, Missfelder had apparently combined the Star of David with the Muslim Crescent Moon in his personal interpretation of the Ark's design, to symbolize peace between Jewish and Arabs.

One of the men attacks poor Missfelder, while the other is trying to knock over the Ark from the electric car. The heavy lid on top of the gilded trunk falls and crashes to the ground, breaking off one of its winged cherubs. While Missfelder is busy pursuing one of his assailants --you don't get to make a trek of 3500 miles by being a wuss-- the other vandal picks up the severed angel and flees with it.

Missfelder's crusade had come to a ruthless and dishonorable end, with fears and dogma prevailing over joie de vivre and creativity. Perhaps the beating he took helped him snap out of his religious stupor, or maybe he realized that all great artists --like prophets-- are rarely understood in their own time. Whatever the case, Missfelder looked for anyone willing to take his beloved ark off his hands. The Lutheran mission in Jerusalem were the only ones interested; the replica of the Commandments' repository is then taken to Augusta Victoria, a church-hospital complex located at the fabled Mount of Olives --also known as the Church of Ascension, because according to religious folklore it was at this place that Jesus rose to the Heavens after he died and was resurrected. Before leaving to Tel Aviv so he could return home, Missfelder carves another angel to restore his creation

Thus the tale of the man who dragged the Ark of the Covenant from Europe to the Holy Land reaches a conclusion. Try to Google Missfelder's name and you won't find a single photo of him --not even at the webpage of his gallery crawled by the Wayback Machine. Whether he still lives to this day is unknown, And his amazing feat would have probably fallen off the pages of history, were it not for comic book artist and traveloguer Guy Delisle, who published the graphic novel Jerusalem: Chronicles from the Holy City in 2012, depicting his year long stay in Israel while his partner was working for MSF (Doctors without Borders). It was during this time when Guy befriended Michael, a Lutheran pastor working at the Augusta Victoria hospital, who offered him the use of a small storage room at the church's massive tower as his personal studio.

It was in this room, filled with all sorts of dusty and discarded objects, that Guy found the Ark replica (almost like a low-budget remake of Indiana Jones's movie) and he included its story in his graphic novel, which ended up winning many prestigious awards.

As a result, Missfelder and his odyssey got a little bit of publicity among comic book fans, and today his creation can be viewed at a more respectable spot inside the Ascension Church, proving that God does move in mysterious ways after all --especially when artists are involved.

Lord, if only doing Thy work weren't such a drag!