Ghosts and the Weird World of the Stone Tape Theory

While ghosts and hauntings have been with humankind since as long as we have entertained the notion of an afterlife and the possibility of some part of us lingering after death, there has been some debate as to what ghosts actually are. For many it might seem obvious that they are the disembodied spirits of the dead doomed somehow to wander through the reality they left behind, but it is not always that simple. There has actually been much speculation among paranormal aficionados as to what ghosts really are, ranging from the conventional spirits of the dead, to decidedly more fringe ideas like inter-dimensional interlopers, demons, and even time travelers, and I have covered this here before. Sitting among some of the more intriguing postulations on the nature of ghosts is that of what has gone on to become known as the Stone Tape Theory.

The basic concept of what is now known as the Stone Tape Theory basically boils down to that certain locations, whether it be due to their construction, geological makeup, or some other unknown factor, have the ability to store mental energy or psychic impressions from certain past events, recording them in a sense as if images to film. It is speculated that under certain conditions, these events, usually the more traumatic the better, can imprint themselves upon the landscape and be “played back” like a video tape, leading to people seeing what they take to be ghosts, but which are in fact merely images from history being projected onto reality in an endless loop. These mysterious images are not always visible to everyone, typically only appearing to those who are sensitive to this stored energy or are keyed into it somehow, although it seems to depend on the place and the exact physical properties it holds, with quartz, crystalline rock, granite, or limestone typically said to be the most conducive to storing these place memories. 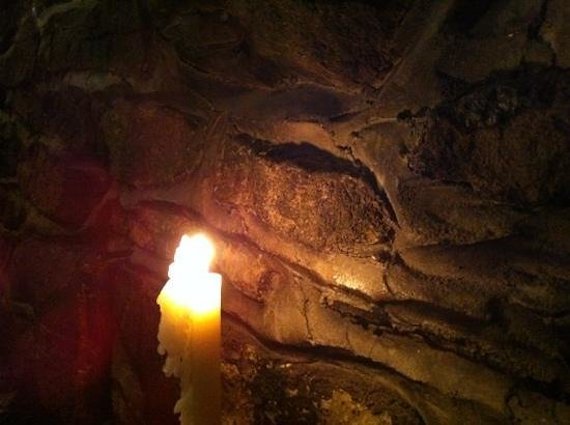 The idea that the environment and land itself can store past events and memories has its basic roots back in the 19th century, with the work done by mathematician Charles Babbage in 1838. Babbage, also sometimes known as the “father of computing,” came up with the idea that due to the transference of energy between particles, spoken words could leave permanent impressions in the air itself, which could become audible at certain times even long after they had been spoken, and he once said “the air itself is a vast library, on whose pages are forever written all that man has ever said or woman whispered.” At the time Babbage explained it in very concrete, scientific sounding terms, and made it all sound perfectly plausible in his book The Ninth Bridgewater Treatise, in which he writes of his theory:

The pulsations of the air, once set in motion by the human voice, cease not to exist with the sounds to which they gave rise. Strong and audible as they may be in the immediate neighbourhood of the speaker, and at the immediate moment of utterance, their quickly attenuated force soon becomes inaudible to human ears. The motions they have impressed on the particles of one portion of our atmosphere, are communicated to constantly increasing numbers, but the total quantity of motion measured in the same direction receives no addition.

This idea of inanimate objects holding the memories and utterances of the living really began to take off, gaining support by such 19th century psychic researchers as Eleanor Sidgwick and Edmund Gurney, who further postulated that buildings and places could hold these echoes of the past. There was also researcher William Fletcher Barrett, who believed that inanimate objects such as furniture or buildings could be imprinted with this psychic energy that could be detected by the living. He would say:

In certain cases of hauntings and apparitions, some kind of local imprint, on material structures or places, has been left by some past events occurring to certain persons, who when on Earth, lived or were closely connected with that particular locality; an echo or phantom of these events becoming perceptible to those now living.

The idea really picked up in the early 20th century in the days of Spiritualism, during which time it was commonly referred to as “place memory.” University of Oxford professor and former President of the Society for Psychical Research Harry Price was a major proponent of this idea, in 1938 asserting that places and even handheld objects could hold the residue of past events, which could then be divined by those who knew how to do so through an ability called "psychometry." He truly believed that this could all fit into scientific ideals and could theoretically be tested if only we knew how, saying:

They (place memories) must consist in some more or less permanent mode of arrangement of the molecules or atoms or infra-atomic particles, of which the walls, furniture, etc., are composed. And in that case, it ought to be possible to verify their existence by the ordinary methods of physical Science — by physical or chemical tests of some sort or other. But so far as we know, this cannot be done. 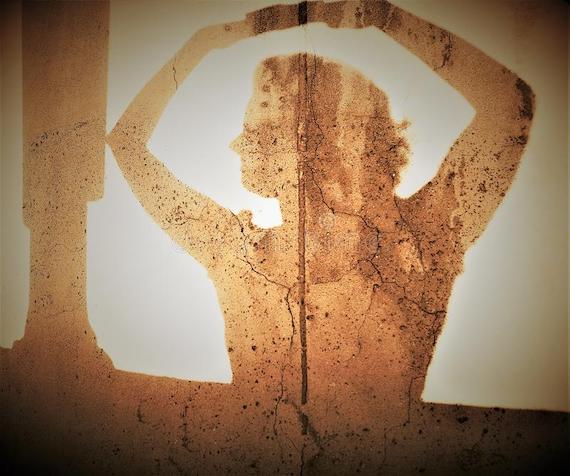 These ideas floated around and were discussed right up into more modern times, when they gained a lot of attention from British archeologist turned paranormal researcher Thomas Charles Lethbridge in the 1960s. He believed that there was “a sort of surrounding ether” or field that was an intermediate medium between spiritual and physical reality, which surrounded places and objects and could hold invisible fields that recorded past events etched into them like movies. According to Lethbridge, certain places associated with pain, suffering, or death were especially likely to hold these fields and that it was even more pronounced in places of high humidity due to water molecules helping the process along. So convinced was Lethbridge that this was a real, scientific possibility that he believed most, if not all hauntings and ghost sightings could be explained by simply past events replaying through these fields through non interactive visual and audio representations, and he wrote extensively on this in his 1961 book Ghost and Ghoul.

It would not be until 1972 that the term “Stone Tape” would actually be used, when a BBC Christmas ghost story called The Stone Tape, covering the idea that waves of light were absorbed into the walls to create hallucinations, was released to bring the term into the public consciousness, and the idea of place memory has been called the “Stone Tape” ever since, alternatively called “residual hauntings.” The idea remained popular in later years as well, gaining some more traction with the work of chemist Don Robbins, who wrote of it in his book Secret Language of Stone in 1988. Robbins believed that minerals and crystals could absorb outside electrical forces to store traces of the memories associated with a place, which could then be unlocked and viewed under certain circumstances when they formed a direct connection with the human brain, and he called this the “macrochip.” In 1989, researchers Cyril Smith and Simon Best would write of this notion in their book Electromagnetic Man, in which it is written:

At death, the whole entity of a person's 'acquired' information field must become separated from the body which is about to commence decay, if it is to retain any objective existence in the material world ... There is the possibility that information could be 'written' into environmental water, such as that retained in the stone or brick of a building. The necrotic radiation, if this is indeed an electromagnetic phenomenon, could be the origin of such memories in locations for events which happen there. This information might also be holographic in nature and be interpreted as an actual presence at that point in space and time, that is the person might 'see a ghost’. 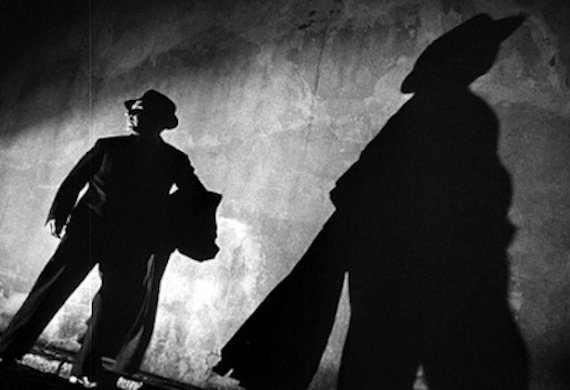 The idea has many permutations, and has been pursued by various other researchers over the years since, but despite certain details it all more or less settles on the basic idea that the environment, rocks, and buildings, even the screws, nuts, and bolts within these buildings, can accrue some sort pf psychic resonance that can play back under certain conditions, projected onto our reality like film upon a screen. The Stone Tape Theory has become a major proposal for some hauntings, especially those is places saturated with dark or turbulent pasts, and while it is all very interesting it has of course attracted more than its share of critics. The main problem pointed out by skeptics is that, while there has been a lot of technical sounding and pseudoscientific theorizing thrown around for the Stone Tape Theory and it seems on the surface superficially plausible compared to the spirits of the dead, in the end there is absolutely no evidence at all that minerals, rocks, or structures can record things like a tape, let alone play it back in any meaningful manner. Indeed, there is no usable theory in mainstream science that even begins to describe a mechanism through which this might be possible, making it sheer speculation and supposition at best, and wishful thinking at worst. One typical skeptical summation of this can be found on the site Spooky Geology, which says:

I’ve never heard from one geologist who supports the STT (Stone Tape Theory) idea as a plausible hypothesis. As is often the case, those out of their area of expertise misuse scientific concepts and can effectively deceive lay people by acting authoritatively. STT makes no sense in whatever context it is implemented. Not only do we still not have a reasonable mechanism to record, store, and retrieve traces but why is just one event recorded? Why not a jumble of events? Why does the “recording” last for decades or centuries instead of getting overwritten? Why do only certain places have place memories? It’s disingenuous of paranormal researchers to utilize STT as an explanation, or even to suggest it because it sounds sciencey. Even more egregious are those paranormalists who geologize without having suitable knowledge of what they speak about and promote a pseudoscientific foundation for it. The Stone Tape theory is science fiction. When it is used to lend credibility to residual haunting, it is pseudoscience.

Regardless of these criticisms, the Stone Tape Theory and derivatives of it continue to be popular in the discourse on the nature of ghosts and hauntings and doesn’t seem to be going away anytime soon. Is there anything to this all? Could there be some spiritual or psychic energy transferred upon haunted places that allows scenes from the past to play back again and again on an endless loop? Is it possible that ghosts are not the wandering spirits of the dead, but rather no more than echoes of the past imprinted upon our reality? There is no way to know at this point, and the Stone Tape Theory remains much thrown about.