A great name for a band, an intriguing plot for a movie … but a scary thing to find out your military has developed. Yes, they claim it’s for bomb-sniffing … just like gunpowder was originally developed for medicinal purposes. What could possibly go wrong? Let’s find out.

“Finally, we developed a minimally-invasive surgical approach and mobile multi-unit electrophysiological recording system to tap into the neural signals in a locust brain and realize a biorobotic explosive sensing system. In sum, our study provides the first demonstration of how biological olfactory systems (sensors and computations) can be hijacked to develop a cyborg chemical sensing approach.”

“Hijacked to develop a cyborg chemical sensing approach” means the brains of locusts – made famous by so many plagues – are connected via electrodes in their brains to tiny packs on their backs which transmit sensory images picked up by the locusts’ antennae and send them to a computer, which monitors the signals and sees when the grasshoppers detect the vapors of one of many different explosives, a process that takes a mere few hundred milliseconds, thanks to the 50,000 olfactory neurons in those sensitive antennae. That’s a brief summary of “Explosive sensing with insect-based biorobots,” a non-peer-reviewed paper published this week in BioRxiv describing four years of research by a team led by Baranidharan Raman, associate professor of biomedical engineering in the School of Engineering and Applied Science at Washington University in St. Louis. 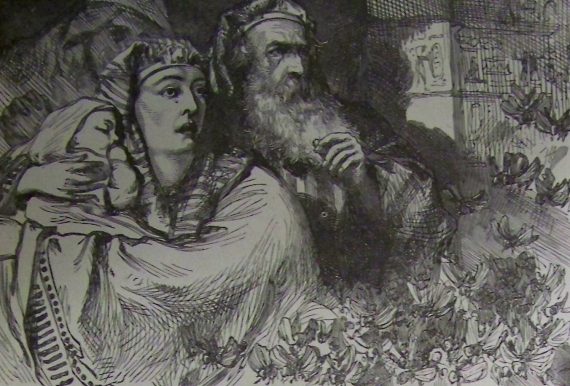 If you refuse to let them go, I will bring locusts into your country tomorrow. They will cover the face of the ground so that it cannot be seen. They will devour what little you have left after the hail, including every tree that is growing in your fields. They will fill your houses and those of all your officials and all the Egyptians—something neither your fathers nor your forefathers have ever seen from the day they settled in this land till now.
— Exodus 10:3–6

7- They will come out of the graves with downcast
eyes like an expanding swarm of locusts.
(54- The Moon, 7)

And as when beneath the onrush of fire locusts take wing to flee unto a river, and the unwearied fire burneth them with its sudden oncoming, and they shrink down into the water; even so before Achilles was the sounding stream of deep-eddying Xanthus filled confusedly with chariots and with men.
The Iliad

Yeah, yeah, yeah … they know all about your biblical, Quran and Iliad locust plagues, but that didn’t stop the U.S. Office of Naval Research from investing $750,000 back in 2016 to develop cyborg locusts … or was that the reason for the investment? While it’s accepted that cheap bomb detectors are in demand by police, the military and airport security for dealing with terrorists, and by governments like Vietnam and South Korea who still have active minefields left over from not-so-recent wars, it’s easy to imagine other uses for these bionic bugs whose main claim to fame is not bomb-detection but swarming crop devastation of the plague kind. Back in 2016, Raman saw other uses for the cyborg locusts as well. 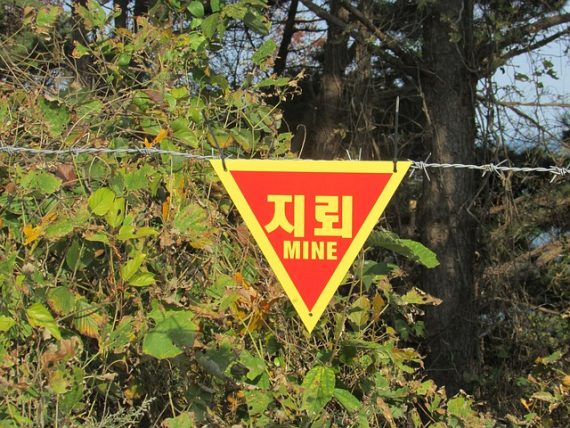 “But the real key, he says, is the relative simplicity of the locust's brain. That's what allows it to be hijacked, which, if all goes right, will allow for remote explosive sensing. Raman believes that eventually cyborg locusts could be used for other sniff-centric tasks, even medical diagnoses that rely on smell.”

Send them to countries with bombs and mines right before the crops are ripe. Have them do their jobs detecting the explosives, then reward them by letting the cyborg locusts detect the wheat fields and let the destruction begin.

“Something neither your fathers nor your forefathers have ever seen from the day they settled in this land till now.”

The Time a Scoutmaster was Attacked by a UFO