"He thought it was a ghost at first, he could see it had a humanoid form but it was darker than night and it just moved across the road.”

“He” is 'Finchy' McFinch, the “humanoid” he saw he estimated to be 10 feet tall and the road was A18 near the Humberside Airport in North Lincolnshire, England. Hull Daily reports that ‘Finchy’ went back to the location of the mysterious sighting with a friend the following day and found a hole in the hedgerow which the “humanoid” might have run through, and something he thought was “a little bit strange" – two dear legs in the middle of the road.

"The picture quality isn't great as it was taken from inside the car because he was a bit creeped out. You tell people about it and they say it's just poachers, and yes that does go on but why would a poacher stop on the A18 to butcher a deer carcass?"

The picture was taken by Finchy (see it here) and his friend, Lee Solway, thinks it had to be something strange because his buddy was so “creeped out.” He also believes other people must have seen either the 10-foot humanoid or the deer legs on the busy A18 route to the Humberside Airport. In fact, Hull Daily reports that it found an unnamed elderly couple who claimed they saw the same 10-foot humanoid before Finchy’s encounter. While they didn’t say what they thought it might be, Solway offered a few ideas.

“South of the river there's been quite a few sightings of a half-deer, half-man creature very similar to the 'puca' in Celtic folklore. You also get Bigfoot sightings that run up and down the A15."

Spoken like someone familiar with British cryptids and the paranormal, which he should be – Lee Solway is the host of the Realm of the Supernatural podcast. His co-host is … you guessed it … Finchy McFinch! While that should make them reliable witnesses, they may have another motive for promoting this story. Lee and Finchy will be appearing at the Research and Witness Convention 2020 in Kingston upon Hull next week, discussing local cryptids they have known or heard about, along with various other local paranormal incidents. The giant humanoid sighting will fit right in with some of the area'a other unusual creatures – especially one who could use a better name if he wants a paranormal series to search for him … Old Stinker.

Old Stinker, also known as “The Beast of Barmston Drain,” is an alleged werewolf with extremely bad breath as reported by those who managed to come face-to-face with the creature and live to tell about it. Barmston Drain is part of the land drainage system for the River Hull and a notorious hiding spot for bad-breath beasts. Could the 10-foot deer-butchering creature of A18 be Old Stinker … or a werewolf? Well, Old Stinker was described by some witnesses as being 8 feet tall, but he prefers tormenting women rather than deer. 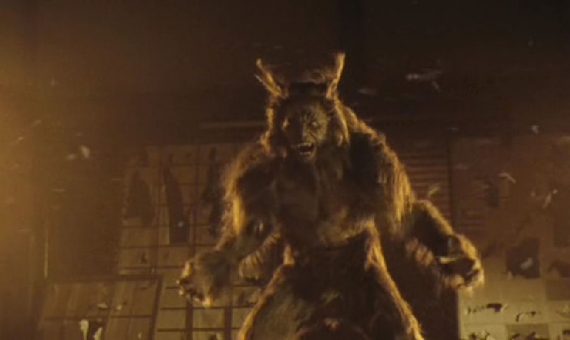 In any event, here's hoping Solway and McFinch find some more credible witnesses to Finchy's encounter with a 10-foot humanoid … or a couple of 3-legged deer.