The Men in  Black were given that memorable name because of their black suits, black ties and black fedoras. And, sometimes, their black sunglasses. But, you know that. We all do. Sometimes, however, the MIB will take a distinctly different approach: they will turn up on the doorsteps of witnesses to UFO activity dressed in military uniforms. In most of these cases, however, these mysterious characters are shown not to have been real military personnel at all: they are nothing less than outright imposters. The reports of these strange figures in uniforms largely began - and chiefly ended - in the 1960s, leaving the more conventional MIB (if they can be described as conventional!) to do what they do best - which is to threaten and terrorize people. Let's take a look at some of the more notable cases of these uniformed creeps.

Gareth Medway, who has put together an excellent list of MIB cases (you can find it at this link) says of one particularly intriguing case from 1957: "Olden Moore watched a circular machine land near Montville, Ohio, on 6th, a few days later the local sheriff drove to his house with men in air force uniforms, they took him to the field where he had seen the UFO, a helicopter was waiting there, he was flown to an airport and put on a plane to Washington, where he was imprisoned for three days, and two officers tried to get him to admit he had seen nothing but a ‘fireball.' Finally he was flown back to Ohio, but later neither the sheriff nor the Air Force would back his story." It is a tale that can be found in the pages of John Keel's book, The Cosmic Question. And still on the matter of Keel... 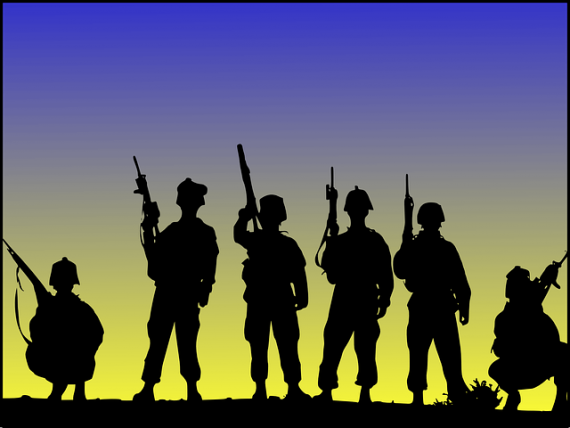 In February 1967, Keel had the opportunity to speak with Colonel George P. Freeman of the U.S. Air Force, who made the following, written statement about the MIB. Keel took careful note of it: “Mysterious men dressed in Air Force uniforms or bearing impressive credentials from government agencies have been silencing UFO witnesses. We have checked a number of these cases, and these men are not connected to the Air Force in any way. We haven’t been able to find out anything about these men. By posing as Air Force officers and government agents, they are committing a Federal offense. We would sure like to catch one – unfortunately the trail is always too cold by the time we hear about these cases, but we are still trying.”

Barely a month later, specifically on March 1, 1967, Lieutenant General Hewitt T. Wheless of the U.S. Air Force, prepared the following official document. It was widely circulated within the Air Force: "Information, not verifiable, has reached Hq USAF that persons claiming to represent the Air Force or other Defense establishments have contacted citizens who have sighted unidentified flying objects. In one reported case, an individual in civilian clothes, who represented himself as a member of NORAD, demanded and received photos belonging to a private citizen." Wheless had more to say: "In another, a person in an Air Force uniform approached local police and other citizens who had sighted a UFO, assembled them in a school room and told them that they did not see what they thought they saw and that they should not talk to anyone about the sighting. All military and civilian personnel and particularly information officers and UFO investigating officers who hear of such reports should immediately notify their local OSI offices." 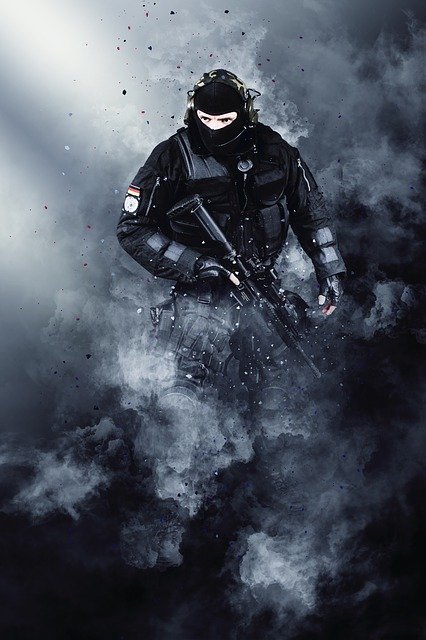 Kimberley Rackley,  a good friend of mine and a skilled psychic, has had numerous encounters with these uniform-wearing characters - usually in her bedroom, in the dead of night. She says: "My normal MIBs resemble ninja’s or soldiers, always in black skin-tight clothing or fatigue uniforms [italics mine], and always with the aura of intense panic." There's also this, from Micah Hanks, who prepared a paper for me back in 2015 and that includes the following words: "In some instances, Keel described unsettling scenarios where he received unstamped envelopes, decorated with red and blue military stripes [italics mine] that gave off an official air, which contained odd messages on anomalous-looking stationary. They ultimately warned that the Mothman Prophecies author would meet an untimely fate, should he persist in looking after 'matters that didn’t concern him.'"

Are these uniformed men connected to the much weirder, real Men in Black? Or, are we looking at two different types of MIB? In all probability, it's the latter scenario.  Back to Keel, who stated: "It appears as if two groups of MIB are involved [italics mine]. One group is extremely dangerous. They have committed murder and arson on a broad scale, operating under the carefully constructed umbrella of ridicule and nonsense surrounding the UFO phenomenon. The second group is trying to focus our attention on the first group by imitating MIB activity through harmless interviews, presentation of obviously false credentials, etc. We must understand and appreciate the efforts of this second group, and learn to discriminate between the two.”