Pilot Claims to Have Filmed UFO Over Medellín, Colombia

People tend to give more credibility to UFO sightings by airplane pilots than any other sort of person. There are a few likely reasons for this. One, both pilots and UFOs are in the sky. Pilots are, objectively, more similar to UFOs than farmers. And if there's anyone that's supposed to know what does and doesn't belong in the sky, it's a pilot. This brings us to reason two: we really, really want to believe that the people at the controls of our airplanes are reasonable, rational human beings. Now, I would submit that one would have to be clinically insane to want to pilot an airplane, but that's neither here nor there. Let's talk about UFOs.

A Colombian commercial airline pilot recently shared footage of a UFO he claims to have filmed over Medellín, Colombia. César Murillo Pérez, a pilot for the Colombian airline Viva Air, says he filmed this bizarre black sphere floating some 30,000 feet in the air over Colombia. According to Pérez, the sighting occurred on January 1, 2020, but he only recently posted the footage to the social media site TikTok.

It's a weird one for sure. Being that the UFO in the footage looks like a simple black sphere, it would be fairly easy to write it off as a balloon. Yet Pérez says that it's doubtful that a balloon could reach 30,000 feet. There are balloons that do reach those heights, such as weather balloons or whatever weird stuff Google is launching into the atmosphere, but all of those balloons are fitted with detection systems that allow airplanes to identify and track them. At the start of the video, Pérez pans the camera to the plane's monitors to show that the object is not showing up. Pérez says:

“I would think it was a balloon, but the conditions do not lend itself to it. I doubt it, above all, because of the altitude and the physical characteristics.”

The UFO looks very similar to other claimed sightings, including some of the sightings reported by US Navy pilots.

But some have questioned the authenticity of the video. The Colombian Civil Aeronautics agency requires all pilots to report mysterious, unidentified objects in the sky where they shouldn't be. Usually, these reports are rogue balloons or drones. But the agency says that no such report was filed for this incident. 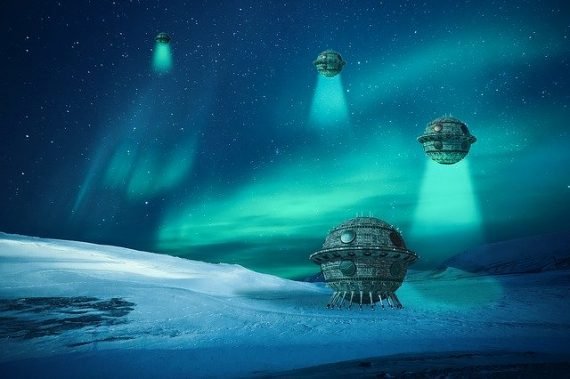 Pérez maintains that the video is genuine and says that he still has the raw footage on his phone. He also says that he wouldn't be capable of faking a video like that, because he simply doesn't know how. He says:

"I have seen that they have said that it is a very well done [fabrication], but I am a pilot, I do not know about [fabrications] or anything like that.”

So is it a UFO? Who knows. If the footage is in fact genuine, then it's a pretty good one. Of course, it's still hard to tell exactly what is being shown in the video. And just because it didn't show up on the plane's monitoring system doesn't mean it isn't a balloon. The ID system may have malfunctioned, or it could just be something not following the rules. Either way, if I saw that thing hanging out at 30,000 feet, I'd be a little freaked out.