Police Can’t Find Cause of Demonic Sounds at Colorado Restaurant

February 13
Tom Rummel
@PPDWatchIVCapt
At about 3:30 this morning, officers responded to a business in the area of Pueblo Blvd. & Northern. Employees reported hearing a woman screaming & making “demonic sounds,” to include speaking in a strange language & barking. They were so unnerved by the sounds that they...

… they said they wouldn’t be going back outside their building until after the sun came up. Three officers searched the area, but didn’t come up with the source of the disturbance.

Pueblo police captain Tom Rummel gave his report on the department’s Twitter feed, where it was picked up and reported by The Pueblo Chieftan. And … crickets. There have been no other reports as of this writing of these or any other demonic screams at this McDonald’s. What could have created sounds so horrifying that the employees, even after getting an “all clear” from the cops, refused to enter until daylight? Was it an ill woman (as some suggest), a prankster or something else? 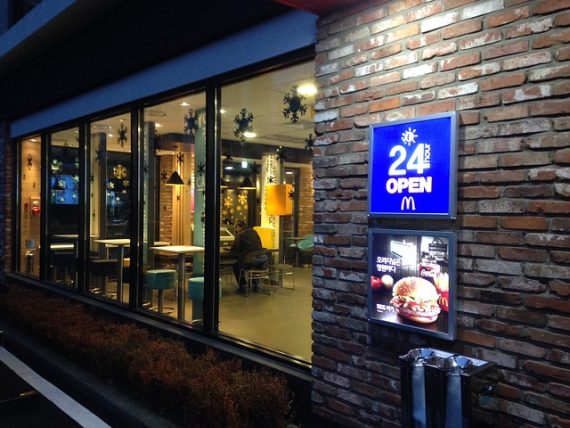 Pueblo is an old Old West city with many reasons to be haunted. The Fort Pueblo massacre that occurred on December 25, 1854, was a retaliatory attack by native Muache Utes over the killing of one of their own that resulted in the deaths of 15 men and one woman from the fort. The city had a number of orphanages and an “insane asylum” (now called the Colorado Mental Health Institute at Pueblo) which are traditional magnets for ghosts and screams. And the Great Flood of 1921 caused the deaths of over 1500 people in the town.

However, there’s also the possibility that this is one of those apparitions that seem to like McDonald’s restaurants. William Morgan died under mysterious Freemason-related circumstances in 1826 in Lewistown, NY, and his ghost was heard rattling chains at a McDonald’s on the location that was once a Masonic temple. The appearance of a mysterious giggling girl haunting the restrooms of the Idabel, Oklahoma McDonald’s and the occasional flushing-with-no-one-around incidents caused one employee there to quit. The McDonald's in Cuero, TX, is built on the site of a gas station where a child was tragically run over and killed and a mechanic was crushed under the car lift, causing both of their ghosts to haunt the restaurant. If you’re looking for screams, a McDonald’s in Colorado Springs (just up the road from Pueblo) is haunted by the spirit of a Native American man who is heard walking and rattling keys, and screams have been heard in the kitchen. Rumor has it the restaurant is built on an ancient burial mound. (Special thanks to Week in Weird for these stories.) 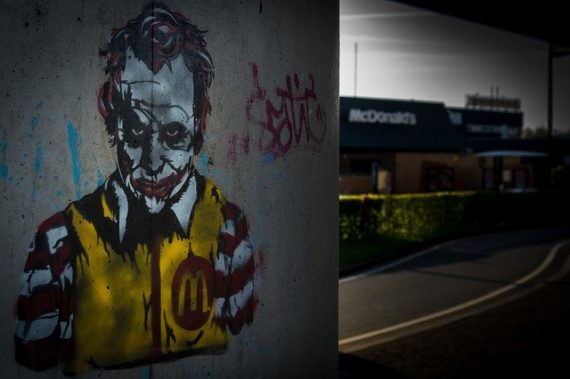 That last Colorado tale makes one wonder if the McDonald’s in Pueblo might also be built over a Native American graveyard – another frequent source of ghosts and scary sounds and incidents. Is anyone interested in checking? If you ask the employees, the answers are probably a) No!; b) Hell no!; and c) You first.

The Mysterious Giants of Peru