Scientists Discover Mysterious Virus In Brazil With No Known Genes

A new virus has been discovered and it’s baffling scientists. The enigmatic virus contains genomes that are almost completely unknown and are populated by other mysterious genes that have never been found in viral research before now. It’s called “Yaravirus” (Yaravirus brasiliensis) in reference to Yara (or lara) who is a water-queen in Brazilian mythology.

The virus was discovered in the artificial Lake Pampulha located in the city of Belo Horizonte, Brazil. Yaravirus is composed of “a new lineage of amoebal virus with a puzzling origin and phylogeny,” explained the research team in their paper. 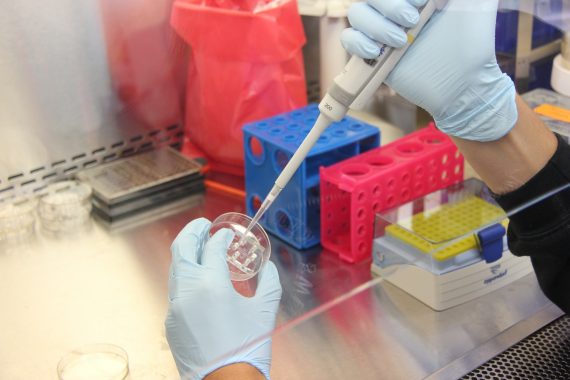 Two of the team members – virologists Bernard La Scola from Aix-Marseille University in France, and Jônatas S. Abrahão from Brazil's Federal University of Minas Gerais – helped another team discover a giant water virus called Tupanvirus two years earlier. It is called a giant virus because of its large capsids which are protein shells that encapsulate virus particles.

Yaravirus isn’t considered to be a giant virus since it’s made up of tiny particles just 80 nm in size. It is, however, incredibly mysterious as its genome is so unique. “Most of the known viruses of amoeba have been seen to share many features that eventually prompted authors to classify them into common evolutionary groups,” the team explained, adding, “Contrary to what is observed in other isolated viruses of amoeba, Yaravirus is not represented by a large/giant particle and a complex genome, but at the same time carries an important number of previously undescribed genes.”

In fact, more than 90% of the genes found in Yaravirus are unknown which makes them “orphan genes” (or ORFans). And only six of the genes showed a slight resemblance to viral genes that are found in the scientific database which holds over 8,500 documented metagenomes. So as of right now, scientists aren’t sure as to what Yaravirus is similar to or related to.

“Using standard protocols, our very first genetic analysis was unable to find any recognizable sequences of capsid or other classical viral genes in Yaravirus,” the team wrote, adding, “Following the current metagenomic protocols for viral detection, Yaravirus would not even be recognized as a viral agent.”

Scientists do have an idea as to what it is and they think it could potentially be an isolated case of a previously unknown amoebal virus or that it could possibly be a smaller form of a once-giant virus. No matter what it is, the researchers admitted that they still have a lot of analyzing and studying to do in order to figure out exactly what it is. They finished off by stating, “The amount of unknown proteins composing the Yaravirus particles reflects the variability existing in the viral world and how much potential of new viral genomes are still to be discovered.” Let’s hope they figure it out sooner than later.

The Black Sunday Fire and a Demon Infested House