Some Strange UFO Cases from France with Physical Evidence

Some of the most remarkable UFO encounter reports are those that have left behind some sort of physical evidence for us to look at and try to make sense of. Such accounts have occurred all over the world, always leaving something behind, although this has not necessarily led to any concrete answers. One place that has its share of cases like this is the country of France, and here we will take a look at some of the more well-known perplexing cases of UFOs that not only baffled, but left something physical behind.

Our earliest report comes from the year 1954, at Quarouble, Nord, France. On the night of September 10, 1954, railroad worker Marius Dewilde was woken by his dog barking frantically at something in the night. Dewilde groggily got out of bed, grabbed his flashlight, and ventured outside to see what was going on, not really expecting to find much other than maybe a stray cat or some other animal running around. He decided to walk out towards the nearby railway tracks and that is when he would claim he saw something large resting on the ground not far away. Almost as soon as he noticed this anomalous object he heard footsteps behind him, which caused him to whip his flashlight around.

There, standing in the beam were allegedly two small humanoid beings only about 3 feet tall, which were wearing some sort of helmets on that reflected the light of the beam. Things would get intense when he says that the large landed object then suddenly emitted a beam that trained on him and seemed to paralyze his entire body. It was also noticed that his flashlight flickered out as if it’s batteries had been suddenly drained. He collapsed to the ground, but was able to witness the two figures make their way towards the craft and board it, after which the object changed colors and hot off into the sky. Shortly after, Dewilde would gain control of his limbs once again and make his way home to frantically tell his wife about what had happened. He would later lead police to the scene, but found that he was unable to approach the site, as he was overcome with an incapacitating nausea every time he tried to do so, although no one else experienced such symptoms. 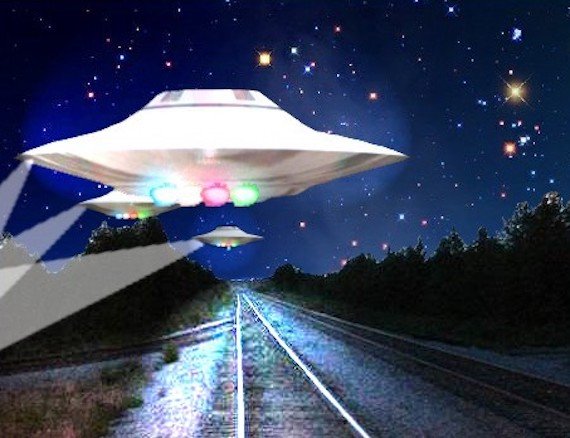 They were nevertheless able to find some odd details, such as a deep indentation and small rocks under the site that were all carbonized on the depression. Spookily there were also later found cows in the area that had been killed and drained of blood. Dewilde himself would go on to suffer from myriad health problems such as respiratory problems and chronic headaches throughout his life, and it would later be found that other locals had seen something odd in the sky as well, and some even said they had seen the same strange entities wandering around. What are we to make of this odd case?

In July of 1965 a very weird series of events went down in the quaint region of Valensole, Alpes-de-Haute-Provence, France. It all started near the small village of Valensole, and on July 1, 1965, a farmer by the name of Maurice Masse was taking a cigarette break before starting his morning chores. As he puffed out wisps of smoke into the air, something caught his attention through the haze of cigarette smoke, and he could see some sort of strange object descend from the sky to land in a field of lavender flowers not too far away. At this point he did not take it to be a UFO, thinking it instead to be a helicopter, but when he extinguished his smoke and took a look out across the field, his eyes met with an oval shaped object perched up on four leg-like apparatuses. Stranger still was that there appeared to be two humanoid figures standing in front of it.

The figures were described as standing approximately 4 feet high, and dressed in tight gray-green clothes, seemingly not human. Their heads were oversized and bald, holding within them large, almond shaped eyes and small, pointed chins, and they seemed to be making some sort of low grumbling noise. As the farmer stood there mouth agape in awe, one of these curious figures allegedly turned to him and raised into the air a device of some kind, which looked cylindrical and “pencil-like” in nature. Before Masse could even really register what was going on he says that the device projected some sort of beam that caused him to lose all control of his limbs and go crumpling to the ground in a heap. He would claim that as he lay there in a daze the figures boarded their craft and then flew off at great speed. It would later be found that the ground had a deep indentation in it and a hardened area like concrete. It would also be found that Masse was honest, very sincere, and was considered to be telling the truth. 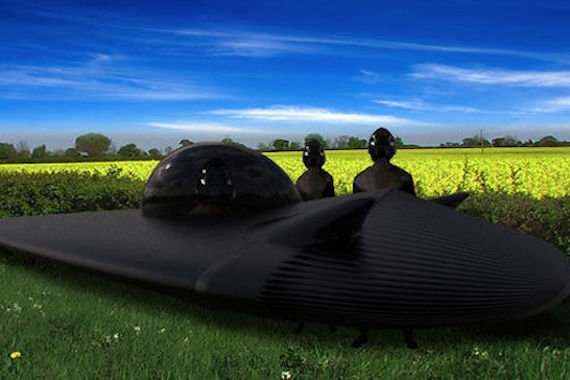 A rather similarly weird alien encounter report would be made in 1967, with a 13-year-old boy and his 9-year-old sister in Cussac, Cantal, France, who claimed that they had seen four small, black entities in a field measuring a mere 3 feet high. Above them was apparently a large disc hovering, towards which the mysterious figures floated up off the ground towards, disappearing within. The object then took off with great speed, and when the children brought back investigators it was found that the area was redolent with a “sulfur odor” and that the grass beneath was oddly all dried out for reasons that could not be explained.

Another famous French case supposedly occurred at Trans-en-Provence,Var, France, in January of 1981. Another farmer, this one by the name of Renato Nicolaï, who on January 8, 1981 at 5pm was at work on his property when an eerie whistling sound caught his attention. When he looked around to see what was going on he apparently witnessed a large, saucer-shaped craft come down to rest upon a parch of nearby field, before once again lifting off to fly away. The farmer would describe it as follows:

The device had the shape of two saucers, one inverted on top of the other. It must have measured about 1.5 meters in height. It was the color of lead. This device had a ridge all the way around its circumference. Under the machine I saw two kinds of pieces as it was lifting off. They could be reactors or feet. There were also two other circles which looked like trapdoors. The two reactors, or feet, extended about 20 cm (8 in) below the body of the machine.

When the area was later investigated it was found that the location where the mysterious craft had landed held within it strange scorch marks that could not be identified. It was also found by authorities that there was a patch of ground that had been heavily compressed by something weighing several tons, and had been heated to around 300 and 600 °C (572 and 1,112 °F). A two year investigation into the incident would fail to turn up any definitive answers, and the case remains unsolved.

The very following year, in 1982, one of the most famous UFO cases in French history would go down in the region of Nancy, France. On October 21, 1982, an anonymous cell biologist known only as “Mr. Henri” was with his wife in the modest garden of their home in the small town of Laxou, near Nancy in northeast France, on a clear day when a highly reflective, glinting ovoid object came floating down out of the sky. The object apparently headed straight toward them, causing them to step back warily, before it came to a hovering position right over their home. It was described as being very smooth and metallic, “similar to Beryllium,” as well as completely silent the entire time. Mr. Henri would claim that he had tried to take a photograph as it hovered there, but that something had caused the device to malfunction. The object would descend to just three feet over the ground and simply stay there for a full 20 minutes before ascending again to fly off into the distance, seeming to pull up the grass beneath it as it did so. The plants of the garden were then found to be dried up and withered as if some sort of force had affected them, with some of the fruit of the trees burst open and “cooked” as if by some high heat. Investigators at the scene would come to the conclusion that the vegetation had been affected by some sort of intense “electromagnetic wave of energy.” What was going on here? Who knows?

This has been just a selection at some of the stranger UFO reports to come out of France, and which are remarkable in that they all left behind some sort of physical evidence, although that that entails is largely open for debate. In the end we are merely left with more truly weird cases of possible brushes with things from beyond our understanding and possibly from beyond our world, adding to the mystique of the UFO phenomenon in general and still without solid answers.

Illinois Family Reports Music and Voices Coming From Their Walls