The (Alleged) Time-Traveling Woman and Her Cell-Phone: 10 Years Later

Time flies! It was in 2010 when one of the strangest of all stories surfaced on the Internet. And, now, we're into 2020. So, what was that story? Here goes: What was, and still remains, one of the most fascinating and unsettling stories of a Woman in Black surfaced in 2010, but that had its origins decades earlier; specifically in the 1920s. It was a story of truly mind-blowing and surreal proportions, one which involved swirling tales of time-travel and none other than the legendary actor-director, Charlie Chaplin! The controversy began when old and grainy footage that was connected to Chaplin’s 1928, silent movie, The Circus surfaced. Rather incredibly, the film-footage in question appeared to show nothing less than a black-garbed woman, holding to her ear a cell-phone, and while doing her utmost to ensure her identity is hidden from the camera that was filming her – something of which she was, clearly, acutely aware. Not only that, there is something profoundly unsettling about the WIB, too, as will soon become apparent. First, however, some vital background data to set the scene.

Chaplin’s movie starred the man himself as a circus clown who can only make people laugh by accident, rather than on cue. Although The Circus was a huge, financial success – it remains to this day the seventh most grossing silent-movie of all time – it was a production utterly blighted by bad luck and ill-omen. During the course of the production of The Circus, Chaplin had the Internal Revenue Service on his back. His mother, who, in a deranged state, had spent years confined to a variety of nightmarish asylums, passed away. The studio in which the movie was made caught fire – almost disastrously so - and something which set back filming by four weeks. The film negative was found to be scratched, but was eventually and skillfully restored. And, to cap it all, Chaplin was served divorce papers by his second wife, Lita Grey. It was after all of this mayhem and torment was over that a WIB decided to put in an appearance of the chilling kind. Her timing was appropriate for a breed of creature that seems to thrive on torment, disaster, and misfortune.

The Woman in Black in question does not appear in The Circus itself, but in footage that was taken outside of Mann’s Chinese Theater, Hollywood, where Chaplin’s movie had its premiere. It was footage added as an “extra” to a DVD release of The Circus. One of those who purchased and watched that extra footage was an Irish man named George Clark.  As he watched the extra material, Clark saw something jaw-dropping and amazing. It was so unusual that, on October 20, 2010, he uploaded the film to his YouTube page, along with a commentary from himself which went as follows:

“This short film is about a piece of footage I found behind the scenes in Charlie Chaplin’s film The Circus. Attending the premiere at Manns Chinese Theater in Hollywood [California] - the scene shows a large woman dressed in black with a hat hiding most of her face, with what can only be described as a mobile phone device - talking as she walks alone. I have studied this film for over a year now - showing it to over 100 people and at a film festival, yet no one can give any explanation as to what she is doing. My only theory - as well as many others - is simple…a time traveler on a mobile phone. See for yourself and feel free to leave a comment on your own explanation or thoughts about it.”

People did exactly that. And they did much more, too:  the film briefly became an Internet sensation and was quickly picked up on by numerous media outlets throughout the world. The short piece of film has had millions of viewings. As for what the film shows, that’s pretty much straightforward: an elderly woman, dressed entirely in black, walking passed the theater, which is displaying a prominent poster advertising Chaplin’s production. Although the footage only lasts for a few seconds it is deeply curious – and for no less than several, extremely odd reasons. The woman’s large, black hat is pulled down tight around her head, to the extent that it appears she is doing her utmost to hide her face from the camera, something which she skillfully achieves. The collar of her coat - the only part of her attire that is not black - is turned up high, something which further helps to obscure her face. Her coat is long and black. As for her shoes, not only are they black; they are pointed and long to the point of almost appearing ridiculous. One might even be inclined to say they are witch- or crone-like. Now we come to the most important part of the story: the woman is clearly holding something to her left-ear – and in her left-hand. It looks to be nothing less than a small cell-phone. It, too, along with her hand, additionally helps to mask the woman’s identity and appearance from the camera.

It almost goes without saying that down-to-earth explanations have been offered for this profoundly unusual piece of film. One of the very first things suggested was that the device in the woman’s hand was a 1924 product of Siemens, something the company itself describes as “a compact, pocket sized carbon microphone/amplifier device suitable for pocket instruments.” Siemens adds: “For a while, the carbon amplifier patented by Siemens played a major role in hearing aid technology and significantly raised the volume of hearing aids. The electrical energy controlled by the carbon microphone was not fed to the receiver directly. It first drove the diaphragm of an electromagnetic system connected to a carbon-granule chamber. Current was transmitted across this chamber from the vibrating diaphragm electrode to the fixed electrode plate. The amplified current produced mechanical vibrations in the electromagnetic hearing diaphragm that were then transmitted to the ear as sound.”

Another suggestion was that the perceived “cell-phone” was actually a Western Electric Company 34A carbon hearing aid, which was first manufactured in 1925. Western Electric notes that it “…marketed these early hearing aids under the ‘Audiphone’ trade name. It was one of the few 1-piece carbon hearing aids of the time. The unit measured 7¾" by 4" by 1½" and weighed just under 2 lbs. when fitted with batteries.” This is all well and good and would, to a significant degree, explain things, were it not for one critical issue. A careful, close-up analysis of the footage makes it undeniable that the Woman in Black is doing something that, thus far, I have not mentioned. She is clearly…talking into the device. 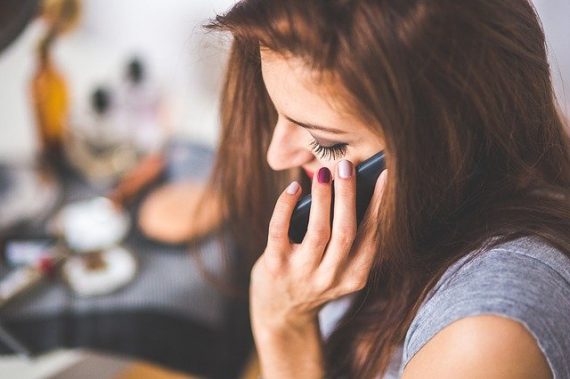 Both the Siemens and the Western Electric Company devices were designed to amplify sound for people who were hard of hearing. Neither of them had the ability – at all, in any shape or fashion - to broadcast the voice of the user to another, similar or identical device, in the way that out cell-phones do today. Plus, it’s clear from watching the film that the Woman in Black is walking the street alone, so she cannot be speaking with a friend or relative next to her. The only other person in the film is a man who is clearly unconnected to her and who moves out of sight before she even starts speaking. This leaves only two options: (A) whatever the nature of the device the woman is clutching tightly to her ear, it is designed to both receive and send communications of the verbal kind, and over a significant distance; or (B) the lady is talking to herself. We all do the latter now and again, right? Right!

There is one other anomaly, too: the size of the woman’s feet, coupled with her very stocky, rotund form, gave rise to the theory that she might actually have been a man in disguise – something which took the affair to even weirder levels of surreal strangeness. What is even stranger is that there are more than a few reports on file of Women in Black that were actually suspected of being well-camouflaged MIB. Yes, the weird is about to become the downright bizarre. Neil Arnold, a good friend of mine who has taken a keen interest in Women in Black reports, offers us the following: “The New York Times of November 10th 1886 speaks of ‘The Woman In Black – A Queer Character That Is Causing A Sensation In Scranton (Pennsylvania).’ The newspaper commented that, ‘For more than a week timid and superstitious persons throughout the city have been kept in a constant state of trepidation by the appearance in various places and at unseasonable hours of an uncanny figure that is now quite generally spoken of as ‘The Woman In Black.’” 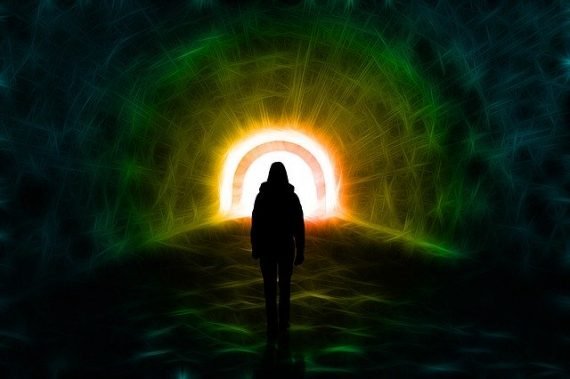 Arnold continues: “The article added that, ‘Two young women saw the sinister figure in the Pine Brook area after making their way home from a Saturday night ‘hop.’ The figure approached the women but spoke no words and gave off an air of malevolence. The young women were so horrified that they fled but the eerie woman overtook one of the women and hugged her. The terrified woman almost fainted. Her friend came to her aid but the mysterious figure in black vanished in a flash. The newspaper also goes on to mention that a few evenings previous a workman employed at the Lackawanna Iron and Coal Company had rushed to tell his colleagues that he’d seen a strange woman in black hiding in a lumber pile near the bank of the Roaring Brook.’”

The article, a copy of which was provided to me by Arnold, adds the following, which gets to the crux of the matter: “Upon investigation several men claimed to have seen a figure in black rushing towards the river from the direction of the lumber pile. A few men thought they could apprehend the woman but saw her leap into an abandoned mine. Armed with lamps the same men descended into the cave but could not find the woman. After the panic many surmised that the figure may well have been a demented local woman but others believed the apparition to be a man dressed up [italics mine].”

Today, the strange and brief footage still intrigues people. A big-footed, time-traveling transvestite sporting a cell-phone? Could it get any weirder than that? Yes, in this case it probably could! Let's check-in in another ten years and see where things are at then.

The Search for the Mysterious Golden Owl