The Black Sunday Fire and a Demon Infested House

There are many stories of hauntings out there, and all of them are bizarre in their own way. Here we have strange forces from beyond our understanding invading the lives of innocent people to instill terror and shock. At times these forces seem to be of another order, perhaps even demonic in nature, following a family around with inscrutable purposes we might never understand. In the mid 2000s there was a family who survived a great tragedy, only to move on and try to start anew, which would embroil them into a world of the paranormal and potentially demonic that they were not prepared to deal with.

The horrifying ordeal of the Meyran family begins with a horrific, life-changing tragedy of epic proportions. On January 23, 2005, fire came to New York City when two separate major blazes broke out in different areas of the city on the same day. The first occurred at a tenement in the Morris Heights section of the Bronx, on East 178th Street, where it is believed that a power cord set fire to a mattress on the 3rd floor. The hungry fire quickly grew out of control, helped along by illegal drywall partitions that had been used to subdivide each apartment by the dishonest landlords. Firefighters at the scene faced problems right away when it was found that the nearest fire hydrant was frozen over after a blizzard had just hit. Two firefighters, John G. Bellew and Lieutenant Curtis W. Meyran, would die while attempting to leap from the burning building after being trapped, and four others were seriously injured in the blaze.

The ongoing tragedy continued with another fire later that day at a house in the East New York section of Brooklyn. The blaze apparently originated in the basement, and became so intensely hot that firefighters were forced to withdraw. One of these men, a Richard T. Sclafani, would have his coat caught on something and was unable to get out quickly enough. His team noticed that he had still not emerged from the deadly inferno in the basement, and they would venture in to find him unconscious lying sprawled upon the ground. Unfortunately, Scalfani would die later at the hospital. These two very fierce fires in the end claimed three lives and injured several others, making what would go on to be called Black Sunday the deadliest fires for the New York Fire Department since the World Trade Center attack on September 11, 2001, and sent the city reeling, as well as the men’s family into deep mourning. Lawsuits flew, memorials were erected, and the families of these brave fallen men began trying to pick up the pieces that their lives had been left in.

In the case of 53-year-old Jeanette Meyran, the widow of Curtis W. Meyran, in 2006 she moved with her two daughters to a new home in Long Island in an effort to try to get a fresh start and put the tragedy behind them. Their new home wasn’t much to look at, just a decrepit two-story bungalow squatting upon an acre of feral, overgrown forested land in Suffolk County, but her husband’s friends said they would help her fix it up and renovate, and so she moved in with high hopes for the future. Renovations went under way and her family’s life began to look like it was coming back together, but little did she know that she was about to face a whole new horror and new demons, this time quite literal ones.

It started when Jeanette began to see shadowy phantom figures around the property, which would even show up on the security cameras they had installed around the place. These figures were described as not being typical trespassers, as according to Jeanette they were “transparent, like outlines of people.” She thought at first that she must be imagining things, but her daughters started to say that they saw the figures lurking about as well, sometimes within the house itself. This was joined by other strangeness such as banging on the walls, cold spots, what sounded like disembodied whispering, items that seemed to be moved or misplaced, and other odd phenomena, and she would say, “I had to warn people before they came over. I’d say, ‘I don’t know what’s going on — but it’s something." This would all become even creepier as the renovations continued. 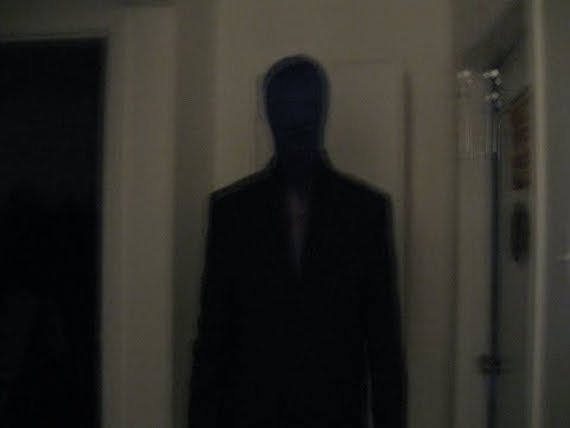 According to Jeanette, the firefighters who were coming over to help with fixing the place up found something very unsettling in the basement of the bungalow when they unearthed what appeared to be a large pentagram scrawled out upon the cold floor, as well as animal bones and human teeth scattered about, and there would be another such pentagram found by the daughters hidden away within the woods. Adding to the eeriness of this all was a dusty old diary discovered in the house that was dated back to 1927 and appeared to have been written by a young girl. Within these weathered pages were supposedly found some alarmingly dark and disturbing passages detailing occult activity, sexual abuse, and blood sacrifices, of which Jeanette claims:

The pages seemed to be written by the young girl that was the daughter of someone who lived in the house. I saw the name Christina. I realized that she was only a few years older than my own daughters. She would talk about her father. There were sacrifices. "He hurt me again" or "He hurts the animals. They're bleeding and I bleed like they bleed.” These people were sick. This is what went on in this house.

According to Jeanette, the apparent haunting only got more intense and violent after the discovery of this secret diary, as if something hadn’t wanted it to ever be found. One day Jeanette came home to find her house completely trashed, with everything strewn about as if someone had ransacked the place. Her terrified daughter had apparently seen it all happen, describing how things had just begun flying off the shelves and she was found cowering in her room crying inconsolably. The family then turned to a priest to come and try to cleanse the house, but this only seems to have made things even worse still. In one terrifying incident, 18-year-old Angela Meyran claims that she was menaced by a monstrous entity that allegedly appeared in her bedroom mirror, and of which she says:

I saw a black figure that kind of stepped out of my mirror. What could I do? I couldn't run, so I hid under the bed. This figure, 8 feet tall with horns and a tail, bent down and stepped out . . . I saw its claws. [It was] walking towards me. He smelled like rotting, dead flesh. It smelled like death. 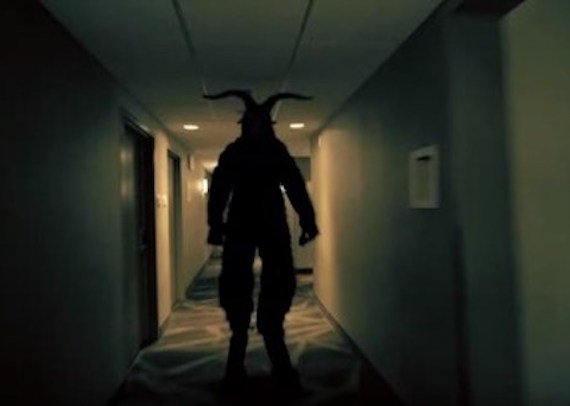 What was going on here? Angela seems to have been particularly targeted by the entity, because it purportedly would follow her around and physically attack her at times, pushing, prodding, and otherwise accosting her, one time breaking her ankle when it supposedly shoved her off of a swing in the yard. Jeanette was getting more desperate for answers even as she spiraled into fear, and would say of this scary chapter in her life, “How do you protect you children? How can you fight what you can't see? I felt something evil. I was so frightened.” She turned to a psychic and paranormal investigator, Liz Milano for advice, who would come to the conclusion that there was a dark and sinister force dwelling in the underground depths of the home that had been disturbed and enraged by the construction and renovations being done on the house. With the psychic’s help she resorted to various means to stave off and get rid of the presence, including using kosher salt and sage and performing impromptu exorcisms or rituals, and gradually the paranormal activity died down when she one day angrily commanded it to leave them alone.

Amazingly, the family still lives at the house, which they perform a ritual cleansing on every three months, and curiously rather than the insidious demon that had terrorized them they say that they sometimes see the fleeting apparition of Lt. Meyran himself, who they feel is now watching over them. Jeanette even claims to have photographed her dead husband’s shadow figure, and it seems that perhaps his benign presence has usurped the supernatural horror that was plaguing them. The case of the Meyran family was originally brought to public attention on the SyFy TV series Paranormal Witness, on an episode called The Long Island Terror, and it has generated some discussion ever since. It is hard to know what to make of this case. What was going on here? Why did this force choose to terrorize them and did it have anything to do with the fire? What as the meaning of that diary? Just what went on in this house before this poor family came here seeking solitude from one tragedy to encounter another? Was any of it real at all? The answers remain elusive.