The Legendary Beasts of Scandinavia

Scandinavian history and folklore is filled with tales of all manner of monsters, rampaging beasts, and deadly creatures of a fantastic nature. Very few, however, were as feared as the lethal lindorm. It was a huge, wriggling, snake-like animal that, like today’s lake monsters such as Nessie, Champ, and Ogopogo, chose to live in deep, massive lakes. There was one big difference between the lindorms and other, similar monsters, however. The lindorm never stopped growing. This, rather ironically, was its very own downfall: as it grew bigger and bigger, it got heavier and heavier, something which eventually ensured it could no longer support its own weight and it would sink to the lake bed, unable to ever again move its massive bulk, and where it would eventually die.

There are stories in Scandinavian legend of lindorms having a particular hatred of Christian churches and chapels, which they would reportedly coil around and crush into rubble with their powerful, flexible bodies. Perhaps this was a result of the fact that the dragon was a beast revered in pagan times, but far less so when Christianity was brought to Europe. There are also tales of huge bulls reared to fight lindorms – and to the death, no less. Fortunately for the bulls, they were well trained and very often successfully killed the snake-like monstrosities with their powerful horns. While the lindorm is, today, a creature relegated to the world of myth, Scandinavia can boast of being home to a multitude of lake monsters and sea serpents. With that in mind, perhaps the lindorm is still with us, but just under another name. 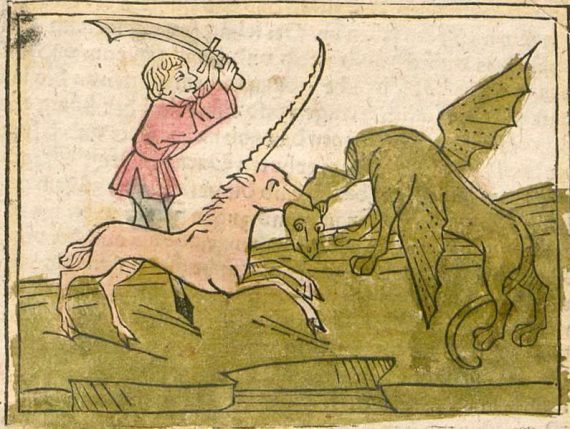 The Reverend Sabine Baring-Gould (1834-1924) was someone who had a deep fascination for stories of strange creatures, including werewolves, ghouls, and a menacing phenomenon known as the eigi einhamir. In Baring-Gould’s own words: “In Norway and Iceland certain men were said to be eigi einhamir, not of one skin, an idea which had its roots in paganism. The full form of this strange superstition was, that men could take upon them other bodies, and the natures of those beings whose bodies they assumed. The second adopted shape was called by the same name as the original shape, hamr, and the expression made use of to designate the transition from one body to another, was at skipta hömum, or at hamaz; whilst the expedition made in the second form, was the hamför. By this transfiguration extraordinary powers were acquired; the natural strength of the individual was doubled, or quadrupled; he acquired the strength of the beast in whose body he travelled, in addition to his own, and a man thus invigorated was called hamrammr.”

But how, exactly was transformation achieved? Baring-Gould researched this matter extensively and offered the following:

“The manner in which the change was effected, varied. At times, a dress of skin was cast over the body, and at once the transformation was complete; at others, the human body was deserted, and the soul entered the second form, leaving the first body in a cataleptic state, to all appearance dead. The second hamr was either borrowed or created for the purpose. There was yet a third manner of producing this effect-it was by incantation; but then the form of the individual remained unaltered, though the eyes of all beholders were charmed so that they could only perceive him under the selected form.

“Having assumed some bestial shape, the man who is eigi einhammr is only to be recognized by his eyes, which by no power can be changed. He then pursues his course, follows the instincts of the beast whose body he has taken, yet without quenching his own intelligence. He is able to do what the body of the animal can do, and do what he, as man, can do as well. He may fly or swim, if be is in the shape of bird or fish [italics mine]; if he has taken the form of a wolf, or if he goes on a gandreið, or wolf's-ride, he is fall of the rage and malignity of the creatures whose powers and passions he has assumed.”