Africa is not typically known by the mainstream for its UFO reports, but it is certainly ground zero for some of the strangest. It began as a calm, peaceful day at Ariel School in the small rural farming community of Ruwa, Zimbabwe, where on September 16, 1994 62 of the school children ranging in age from 5 to 12 years old and of mixed ethnic heritage were out playing in the playground during their break time as their teachers had a school meeting indoors. The air was filled with laughter and merriment, but this was soon to change to gasps of alarm when something very strange materialized out of the unknown. What would transpire next has become one of the most interesting UFO encounters to come out of the continent of Africa, and which has never really been satisfactorily explained.

There was allegedly a bright flash in the sky, and when the children looked up in bafflement, approaching the school were three or four silvery, disc-like objects with what appeared to be lit portals around their edges. These mysterious objects reportedly would vanish and reappear some distance away several times, suggesting that they were either moving very fast or teleporting, before one of the objects began to descend, following some electrical lines towards a brush choked patch of overgrown feral land adjacent to the school grounds, where it eerily descended to disappear behind the gnarled trees and tangled underbrush. At this point the kids were enthralled by what they were seeing, and one of the witnesses would later say of the object:

This thing, whatever it was, was beautiful. It had a circular-shaped bright light as the leader, and behind it were tails of light in beautiful colors: green, orange, and yellow. It moved slowly and looked as if it was just above the house. The amazing thing is that it moved absolutely silently. 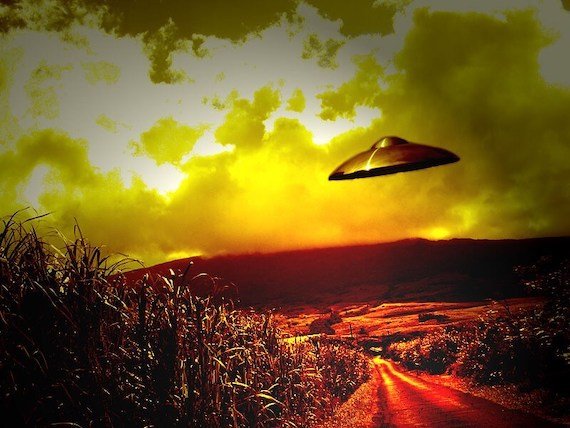 The area into which the craft had come down in was off limits to the children, fenced off because it was deemed to be too dangerous, but they pressed as close as they could to this tangle of undergrowth and its barrier to peer within, and they saw only about 100 yards away the mysterious object. It was described as either sitting upon the gnarled weeds or hovering slightly over them, and at this point it still generated amazement in the gawking children. Yet this would change into alarm when the craft seemed to open to disgorge two strange beings, which were described as very thin, frail even, with slender neck and very large, outsized almond shaped, slanting black bug eyes, and dressed in tight-fitting shiny black and silver one-piece suits of some sort. Some witnesses would later say that the entities also possessed long, straight, black hair upon their heads. The enigmatic beings silently approached the children, although some of them would report having received telepathic contact during the encounter. One witness named Emily Trim would later explain of her version of events, saying:

All I can tell you is that two beings were hopping along beside Lisa and I. And … they were curious. They weren’t touching the ground [inaudible] … they were almost like mimicking us. All of a sudden they were in front of us. I describe them as being about arm’s reach. And we were frozen. Telepathic images started going across my face … communication through the eyes … that’s all I can really describe it as. It was just image after image after image. Those thoughts came from the man – the man’s eyes. One of the other girls standing beside me, she got more communication about the environment, and, for me, mine was more technology uses and [inaudible] uses of technology.

For many of the children, especially the younger ones, their astonishment and awe was turning to outright fear, and some of them began crying and screaming as these otherworldly beings frolicked and cavorted about. The creatures then apparently just vanished into thin air, after which the craft rose above the trees and shot off into the distance to leave them awestruck. The children then ran back to the school in a panic and explained the bizarre series of events to the adults, who were at first apprehensive and not a little skeptical about it all. The children were then asked to separately draw pictures of what they had seen, and spookily what was depicted on paper was eerily the same across the board. It was at this point that the adults began to believe that perhaps something really unexplainable had happened out on that rural schoolyard, and that it was not merely the imaginations of a bunch of scared kids.

The incident began making the rounds in the news, helped along by local African UFO researcher Cynthia Hind, and when word got out into the open it attracted the attention of eminent American Harvard psychiatrist, Cambridge Hospital physician, and Pulitzer prize winning author Dr. John E. Mack, who made his way all the way to Zimbabwe to do an investigation. Along with Hind, Mack would spend several days meticulously interviewing witnesses and perusing the sketches the children had made, and they were both impressed with the calm sincerity with which these children told their tales. They came to the distinct conclusion that the kids at least truly believed that this had all happened, and that these were reliable witnesses, made even more remarkable due to the fact that many of these rural children had never even heard of UFOs before. Mack would become convinced that they were telling the truth, whatever that meant, and would say:

[The children] experienced a very powerful encounter with these beings and we’re left with a rather disturbing fact that this seems to be what it is and it seems to have no other psychiatric explanation. I would never say, yes, there are aliens taking people. [But] I would say there is a compelling powerful phenomenon here that I can’t account for in any other way. Yet I can’t know what it is but it seems to me that it invites a deeper, further inquiry.

This was pretty remarkable because Mack was far from some crackpot, being a highly respected psychiatrist at the top of his field, but it seems that it may have been detrimental to his career as his peers, who did not share his view that this was a real UFO event, were not on board with his ideas. Indeed, others in the psychiatric field looked upon the whole thing with raised eyebrows at best, and sheer scorn at worst, with one Paul McHugh of Johns Hopkins Medical School calling Mack, “a brilliant fellow who occasionally loses it, and this time he’s lost it big time.” It probably didn’t help that Mack had written a book on alien abductions called, Abduction: Human Encounters with Aliens, which had also somewhat tarnished his credibility among his peers and caused him to be labelled as a bit out there. It got to the point that Mack was actually investigated by a committee looking into whether he was really fit to provide clinical care and investigation for these people, the first time a tenured Harvard professor had ever been subjected to such an inquiry. Mack would say of the letter he received from the dean informing him of this:

One of the deans at the Harvard Medical School handed me a letter that called for the establishment of a small committee to investigate my work [on the alien abduction phenomenon]. After explaining vaguely that ‘concerns’ had been expressed to the university about what I was doing (although he told of no specific complaint, nor was any offered in the letter), he added pleasantly – for he had been a friend and colleague – that I would not have gotten into trouble if I had not suggested in the book [Abduction] that my findings might require a change in our view of reality, rather than saying that I had found a new psychiatric syndrome whose cause had not yet been established. 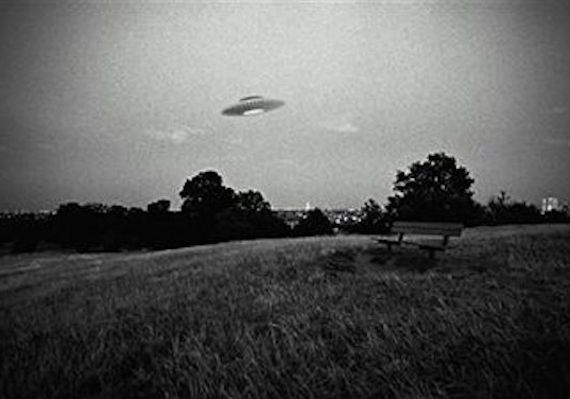 Mack would later be found by the Dean to be clear and free to “study what he wishes and to state his opinions without impediment.” Sadly, Mack would die in 2004 after being hit by a drunk driver in London, but his work lives on, and remains some of the best and deepest ever done into the Ariel School UFO encounter. In 2007, filmmaker Randall Nickerson travelled to Zimbabwe to make a documentary on the incident, interviewing witnesses further and sort of carrying on the torch from Mack’s work, yet it has still become a mostly rather obscure and forgotten case.

As for the witnesses themselves, it is interesting to note that even all of these years later, now adults, they still remember vividly that day and continue to stand by their stories. It is a remarkable case in that all of these kids, across ages and cultural and ethnic divides, managed to give the same exact story and stick with it well into adulthood when the case had already come and gone in the public conciousness. Along with the intrepid research of Hind and Mack, both of whom expressed genuine intrigue and cited the believability of the accounts, it certainly seems to be an obscure report that is deserving of consideration. No matter what happened on that day, the Ariel School incident has remained a little-known, but very pervasive UFO account in African UFO lore, and remains discussed to this day.