The Search for the Mysterious Golden Owl

People love a good mystery, trying to figure out how all of the pieces fit and divine some solid conclusion out of swirling, scattered clues to congeal them into an answer. One form of this that has certainly drawn a lot of attention along these lines is that of mysterious puzzles or lost treasures that have been committed to paper only for them to remain inscrutable specters that defy our attempts at understanding. One such mystery that combines both elements of unsolvable problems and hidden treasure is that of the enigmatic Golden Owl of France, which is out there for the taking if anyone is able to unravel its mysteries.

What has become a rather obscure, yet enduring mystery is the brainchild of French communications expert Régis Hauser under the pseudonym "Max Valentin,” who in the late 1970s got it into his head to construct an elaborate puzzle and treasure hunt for armchair treasure hunters. At the time books that provided hints and clues for armchair treasure hunters to track various prizes around the world were en vogue, and Valentin sought to make the best one yet. To this end, he went about meticulously spending hundreds of hours concocting and designing a series of complicated cryptic riddles and 11 contextual clues, while also recruiting the help of artist Michel Becker to illustrate what would become the book On The Trail Of The Golden Owl (in French, Sur la trace de la chouette d’or), which was released back in 1993.

It all revolves around a statuette in the image of an owl, 10 inches (25 cm) high, 20 inches (50 cm) wide, weighing 33 lbs (15 kg), the whole of it fashioned of pure gold, silver and precious stones, with diamonds embedded within its head, which was at the time of the book’s first publication valued at approximately $175,000. This owl statuette had a sibling, crafted out of bronze and then hidden away in a secret location somewhere in France, which when found could be traded in for the real one kept by artist Michael Becker closed off in a safe location. All one has to do to get it is to read the book and pay careful attention to the myriad clues and puzzles contained within. It sounds simple, and Hauser himself specifically designed it so that anyone could potentially solve it, both amateur and hardcore treasure hunting experts alike, but this has proven to be far from simple, and an enduring mystery that has not been solved to this day.

The clues themselves are divided into 11 enigmas that are spread throughout the book, each one taking up an entire double-page spread that holds a title, text, a painting, a wavelength number based on the page’s color, and an owl face that stares off the page almost taunting the reader to come and try to find it. The types of clues vary considerably, but mostly rely on the use of interpreting pieces of codes, lines of gibberish that require decryption, poems, word plays or word games, and other text to find hints that unlock the names of cities and other locations on maps, which will in turn direct the treasure hunter to the next location and clues without necessarily having to physically go there. There was supposedly a “mega trick” involved, that was crucial to making sense of all the towns and cities that have been revealed and working it all out to guide the hunter to what was referred to as “the final zone,” where one would find a final, hidden 12th riddle that completes the game. That was it, and although it was all rather labyrinthine in its complexity and there was no time limit stated, Hauser estimated that the treasure would be found within 4 to 6 months, a year at most, yet years would go by with no one able to locate the final zone.

Hauser would become amused at people’s inability to crack the riddles, and over the years would actually grow impatient and seek to help things along. He would come out to publicly state when hunters were looking in the wrong place, and offer additional hints, such as new pieces of text and giving out information such as that the owl was not on an island and was buried at least 62 miles inland. Hauser would even open up a web chat to answer questions that the many players of his game had, eventually answering an estimated 100,000 questions before the site was closed due to Hauser thinking he was giving too much away. Even so, still no one was able to find the mysterious treasure, and Hauser would say in exasperation, “If all the searchers put all their knowledge together, the owl would be found in two hours.”

Hauser would die in 2009 without ever having given away the secret and taking the final resting place of that owl to the grave with him, yet the search goes on. At the time of his death, Hauser would declare that the puzzle was effectively 95% complete, but that final zone has remained just as elusive as it ever has been. This is surely not for lack of trying. There are legions of hunters for the owl out there, called “Chouetteurs,” meaning “Owlers,” who have whole websites and chat forums devoted to analyzing and discussing clues and solutions, as well as comparing the various versions of the book that have come out over the years. One can find databases that contain the clues and their numerous interpretations, such as this one, and there are people out there who have dedicated their entire lives to their obsession with cracking the conundrum to find that golden owl, so far without success. The book’s publisher has since gone out of business, leaving remaining copies to fetch exorbitant sums, although one can find the passages for free online. 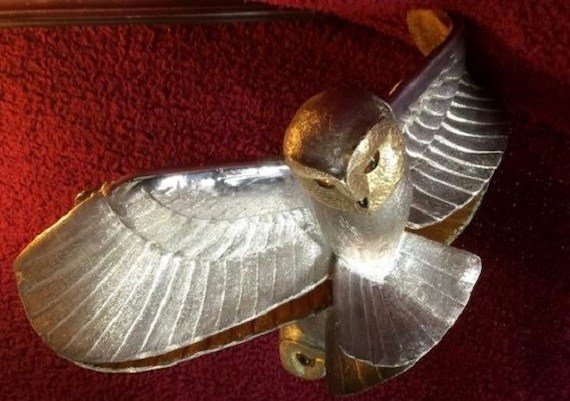 In the meantime, there has been some amount of legal trouble circling it all. In 2011, Becker claimed sole ownership of the owl, and in 2014 he went about putting it up for auction, much to the shock of those who would try to claim it. The sale of the statue was immediately shut down by legal proceedings that found that, while Becker had technical legal ownership, this was in a limited capacity, on condition that the rules of the treasure hunt were followed, meaning that anyone who finds that bronze owl will surely have claim to the real deal. In recent years there have been many who have come forward to claim that they have found the final zone, but none have ever proved it, no one has claimed the statuette, and there has been some concern that the land where the treasure was buried might have been built over or otherwise been made inaccessible, and there has even been speculation in recent years that it might have all been a hoax from the start, a little mind game that was never meant to be solved in the first place. After all, Hauser created twenty other treasure hunts during his career that were all solved, so why has this one remained so unbreakable?

It is amazing that this game, launched decades ago, was meant to be solved within a year, and yet still manages to generate so much debate, discussion, and frenzied searching. How is it that this mystery has managed to elude so many who have so intently focused on unraveling it all? Will anyone ever crack it, and if so is the treasure still able to be salvaged? With Hauser dead and the ultimate solution lost to us, will we ever find the answers we seek? It is unknown, and for now that owl remains ensconced down in the bowels of the earth, where it has sat waiting to be reunited with its twin for all this time, and may do so forevermore.