The Time a Scoutmaster was Attacked by a UFO

It was a hot and humid evening on August 19, 1952, and hardware store clerk and Boy Scout Scoutmaster Dunham Sanborn “Sonny” DesVergers was driving a group of Boy Scouts home on a coastal highway near West Palm Beach, Florida, that winds right alongside the vast swamp wilderness of the South Florida Everglades. As he made his way down a darkened side road towards the home of one of the boys, his attention was captured by a bright flash in the sky out over the gloomy swamp near a dense grove of palmettos. His first thought was to just keep on driving, but then it occurred to him that an airplane had possibly gone down out there in the wilderness, so he turned back, stopped the car, and after some moments of thought peering into the dimness of the swamp he decided to grab a machete and start hacking his way through towards where he believed the accident to have occurred. And so would begin a strange odyssey that has remained one of the weirder UFO encounters on the books.

DesVergers told the Boy Scouts to stay behind, and if they did not hear from him in 15 minutes they were to make their way to a farmhouse off the road and fetch help. He then gripped his machete, hoisted his flashlight, and began penetrating the murky, snake and alligator infested wilderness. As he progressed through the choking brush he allegedly noticed an unpleasant smell in the air, which got steadily worse as he progressed. He continued hacking his way through the vegetation and thickets through the fog of stench that pervaded the air until he reportedly came to a clearing, where he signaled to the boys with his flashlight and then turned to notice what he would describe as an intense heat, as if an enormous oven door had suddenly opened to belch forth its fire. Disoriented, he looked up to see something blocking out the sky above, which he claimed was a large disc-like object measuring around 30 feet in diameter and ringed with glowing lights, and when the beam of his flashlight hit it he could ascertain that it was smooth, metallic, and had a concave bottom. This is where things would get really weird. 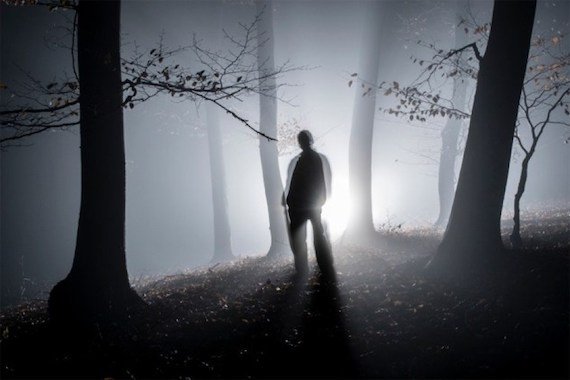 As the frightened scoutmaster started backing up in a growing panic, he claims that he heard a grinding sound like metal upon metal, which he soon realized was a hatch of some sort opening on the side of the unearthly craft. From within emerged what he describes as an intense red light that approached him and then transformed into a red mist, which engulfed him and caused him to instinctively cover his face. According to him, he then lost consciousness. Back at the car, the Boy Scouts, who had been tracking their scoutmaster’s progress by watching the glow of his bouncing flashlight beam in the gloom, purportedly saw a “big red ball of fire” through the trees, as well as “a series of red lights … a lot like flares.” That was when they decided to go for help.

Police arrived on the scene not long after, and were about to launch a search through the swamp for DesVergers when he came stumbling out of the thicket in a kind of daze, disoriented, mumbling incoherently and quite obviously very shaken, to the point that deputy sheriff Mott Partin would later say, “In all my 19 years of law-enforcement work, I’ve never seen anyone as terrified as he was.” Closer inspection of the man showed that his skin seemed lightly burned and the hair on his forearms singed, as well as a strange series of three burn marks in his scoutmaster’s cap. Making it all even odder still was that when some of the officers went to the clearing that DesVergers had come from they found his flashlight lying on the ground and a flattened ring of grass they could not explain.

DesVergers would be brought back to the Palm Beach County Sheriff’s office and that was when the case would attract the attention of Captain Edward J. Ruppelt, who was at the time part of the U.S. Air Force Project Blue Book, which was with investigating and analyzing UFO-related incidents in the name of national security. Ruppelt, who would later call it “one of the weirdest UFO reports that I came up against,” took his team to Florida in order to interview the witnesses and investigate the area of the alleged UFO encounter. Talking to the Boy Scouts he learned that they stood by their story of seeing bright red lights, and DesVergers also seemed very sincere, which impressed Ruppelt at first and of which he said he had the “immediate impression he was telling the truth.” The team also were able to find anomalous singed grass in the clearing where it had all gone down, which lab tests were unable to find an answer for, especially since in many instances the samples showed burned roots but intact upper leaves. Nor was there any conventional medical explanation for the victim’s singed hair, slightly burned skin, which was determined to have been caused by a "flash heat source," or his damaged cap, thought to have been the work of “sparks of some kind,” all of which made it all even more promising, but cracks would slowly start to reveal themselves. 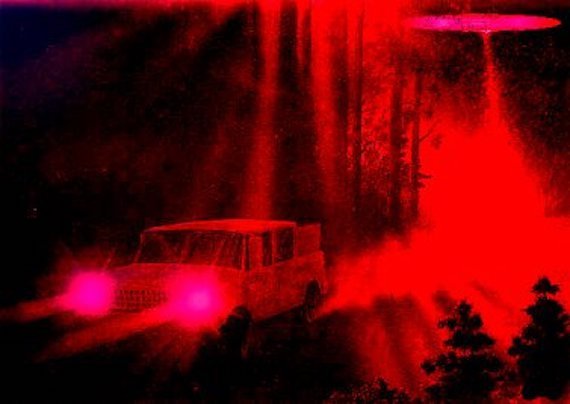 Red flags started going up when DesVergers began drumming up media attention for his alleged encounter, even going so far as to hire a press agent, and the story got more and more exaggerated the more he told it, adding in details such as that he had seen alien beings and even fought with them. A little digging into DesVergers’ past also brought up some warning signs, as he was found to be an insufferable teller of tall tales and as well as having gone AWOL during military service and also a convicted car thief. In other words, honesty was not really his thing, and although dishonest people can still potentially have a strange UFO encounter, Ruppelt was starting to get suspicious. Although there were certainly many oddities that could not easily be explained, and he couldn’t see how they could have been faked, Ruppelt would nevertheless eventually label it “the best hoax in UFO history.” He would go on to write of the account in his 1956 book The Report on Unidentified Flying Objects, and as much as he liked to think of it as a hoax, some of the aspects have never been satisfactorily explained, such as the weirdly singed grass roots and physical evidence, and so the debate has remained open as to whether it really happened or not, with one researcher Jeffrey Wilson saying:

Something unusual happened to the guy, and the physical evidence backed him up. That’s why I put the effort into checking this out. Why would you go to the trouble of faking something like this?” Why, and how, would he stage that? It doesn’t make any sense.

The case is still quite remarkable for the physical evidence left behind and the assertion by the witness even in later years in the face of withering criticism that this was all real. Regardless of whether DesVergers was a known liar or not, there seems to be a lot to unpack here, and it is important to remember that strange phenomena do not always necessarily happen to the most honest or reliable of people. What are we to make of his burns or the scorched grass, or the corroborating reports of the Boy Scouts he was with at the time? Was this perhaps a real event that he merely embellished and took advantage of over time, or was it merely the rantings and scheming of a known liar? The case was certainly enough to catch the attention of Project Blue Book and other researchers since, still unexplained, and whether it is real or not has managed to lodge itself firmly within some of the more curious and puzzling UFO cases there are.