UFO Seen Multiple Times Over Australian Coal Mine — Is it Coal-Powered?

UFOs are often seen above silver, gold or other precious metal mines, leading some to believe they are harvesting the minerals for fuel or parts. UFOs are also seen over nuclear power plants, leading many to the same conclusion. Mexico’s active volcanoes seem to draw an unusual share of UFO sightings, prompting speculation they may somehow be harvesting the power of magma. UFOs weaving their wave through lightning storms suggest they may be run on electricity. UFOs are often seen over water, sometimes mysteriously connected to a waterspout, causing some to ponder whether they’re some kind of environmentally safe water-powered craft. This all leads us to recent sightings in Australia of a UFO hovering over … you’re not going to believe this … a coal mine. Was this some old Model T spacecraft powered by burning coal for steam? The SSS Space Stanley Steamer? Or something else?

“On Sunday July 28th and Monday 29th 2019 at a work site near Middlemount, Queensland, Australia, two workers spotted a strange object in the sky estimated at 500m (1500ft) altitude. The object was seen on two separate days and at one point was said to have a smaller piece break off and descend to the ground (beginning of clip 9).”

For a change, the two unnamed witnesses took long recordings of their UFO sightings on back-to-back days (you can see the original video here), which ended up in the hands of multiple UFO investigators who posted them on the Internet in both unadulterated and stabilized modes (you can see a stabilized and magnified video here). Somewhere in that process, the location of the unnamed mine (Middlemount, Queensland – home of three mines: Foxleigh, German Creek and Grasstree, which is said to be the world’s largest underground coal mine) was changed to Middleton, which is a nearly deserted town also in Queensland. What was said to be a third video was also posted (watch it here). There is also audio of the witnesses commenting on what they’re watching. 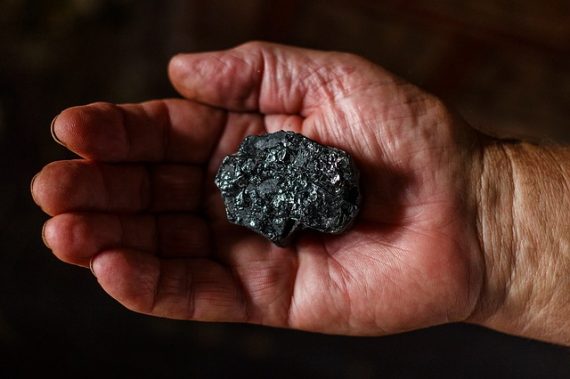 Fortunately, one of the UFO investigations groups to get its hands on the video was UFOs - Documenting The Evidence. The team of Brad Morris, Keith Basterfield and Paul Dean interviewed the witnesses extensively – their excellent report and summary can be read on their website. The sightings occurred in the morning at about the same time, and there was only one object in the sky, except for the occasion when a small piece appeared to break off and make a “controlled descent.” The witnesses (there were more who saw the UFO besides the two who took the videos) also saw the main pyramid-shaped UFO descend to the ground – there’s no indication that any of them ventured to the location to find it.

Based on the witness accounts, careful analysis of the videos and investigation of weather patterns and aircraft records, the UFOs - Documenting The Evidence team eliminated aircraft, helicopter and drone as possibilities. While it could have been a large parachute, a balloon seemed to be the best choice for a non-ET cause. While its movement and shape suggests either a hot-air or gas-powered balloon with a gondola, the team ended the report with the possibility of the UFO being a Google ProjectLoon balloon. However, they could not find enough evidence to support either balloon theory. 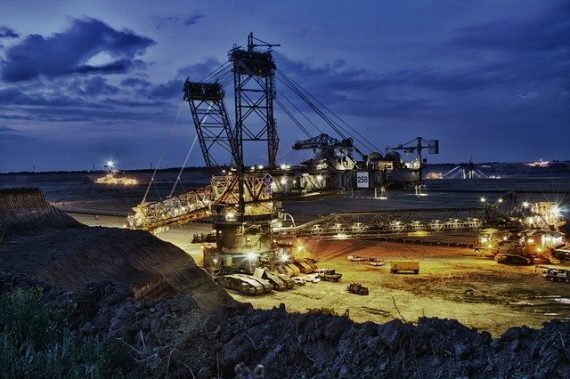 Which leaves us with an alien spacecraft looking for coal. The Appalachian UFO Research Society says there are many reports of UFOs over coal mines. In 2008, there was a famous UFO sighting (“… a craft as the size of a football field, while others said they were nearly a mile long, similar to the Phoenix lights mass sightings”) over the coal mining town of Stephenville, Texas. With carbon being the fourth most abundant element in the universe by mass (after hydrogen, helium, and oxygen), it’s certainly conceivable that other civilizations would use it as fuel, and those that are more advanced than us would have figured out how to use it efficiently for space travel – despite the efforts of Mad Mike Hughes, steam-powered rockets don’t get very far. One other possibly – like the theory that benevolent aliens hover over nuclear plants to protect humanity or possibly regulate its use of that fuel, this UFO could be dissuading humans from burning coal and destroying the planet.

Environmentally-friendly extra-terrestrials? It’s not the most far-fetched idea out there.

Scientist Claims Coronavirus Was Brought to Earth By a Meteorite