Where’s Yowie? While this may sound like a fun picture puzzle book that could outsell ‘Where’s Waldo?’ in Australia, it’s actually a serious question among crytozoologists down under who haven’t been received any reports of sightings of the Australian version of Bigfoot since the deadly bushfires began last year. The Yowie is no Smokey Bear warning fellow Ozzies that only they can prevent bushfires, so where are they? One expert who has studied the creature for over 20 years thinks he has the answer, and it may both save the beast from bushfires and help those looking for it narrow their searches.

"Generally, it does fluctuate. We can have dry spells but that whole area has dropped to basically nothing. It has all gone much quieter than normal.” 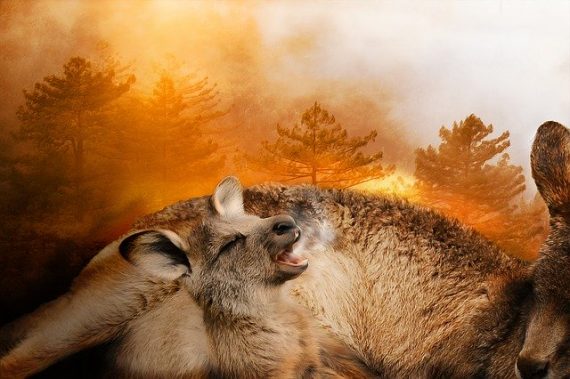 “It” is the number of Yowie sightings per week on Australia’s Gold Coast, one of the country’s most beautiful areas and a popular tourist destination. According to Dean Harrison, head of the Australian Yowie Research organization, Queensland and the Gold Coast in particular has a large Yowie population with an estimated 30% -- second only to New South Wales, the state south of it, with 54% of the total. Those numbers will be down after the latest Yowie census, according to Harrison. While he normally hears of 10 sightings per week, the last bushfire season had a severe impact on all life in Australia, and the Yowie in particular.

“We are mainly getting reports from other areas, it is hard to say why but I expect yowies have moved out of their comfort zone, out of their natural area and are therefore keeping their heads down more.”

Keeping your head down is tough to do when you’re up to 12 feet tall (although it’s also a necessity around low branches and cave entrances), but Harrison believes Yowie has evacuated most of the Gold Coast and Queensland – the areas hardest hit by the horrific fires – and New South Wales as well. Having a powerful sense of smell, he figures the Yowies got a whiff of the smoke long before humans and animals and headed inland at their top speed of 70km/h (43 mph). Looking at the detailed sightings map on the Australian Yowie Research website, it would appear the Yowies headed east until they reached the edge of the rainforest as it meets the dry outback. 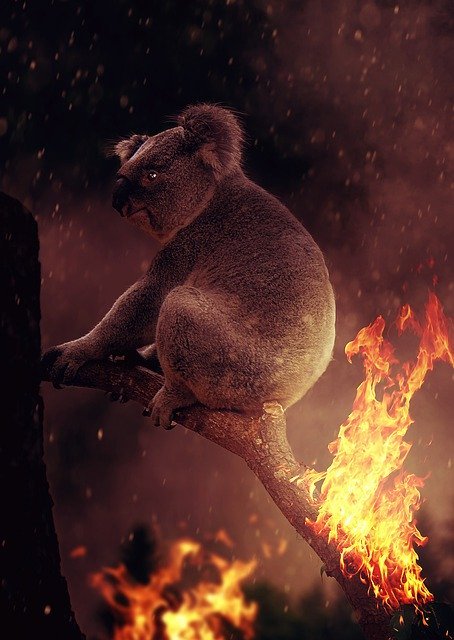 Or did they? Could they, like the tragic photographs of koalas and kangaroos, have perished in the bushfires?

“They will take care of their dead.”

A popular theory about Yowie and Bigfoot that Harrison also believes is that the creatures will carry their dead comrades to hidden locations and bury them. Since no caches of cryptid bones are ever been reported, these must either be really secret sites or perhaps they exist in a different dimension – another popular theory. In any event, Harrison’s interview with The Courier Mail did not venture into speculation on where the burial grounds might be, nor when the Yowies might return to the Gold Cast … if it ever does. Would Yowies actually undertake a permanent relocation like this? If they did, what would it mean? Do they know something we don’t? Are they perhaps hiding out with the Tasmanian tigers (thylacines)?

Let’s hope the fires are out, the causes are addressed and the Yowies and other Australian creatures (humans included) can return to their homes.

UFOs and Strange Conversations on the Phone