A Massive Military Operation and UFOs

It sometimes seems that the UFO phenomena is drawn to military activity. For whatever reasons something seems to draw these forces in, and there are countless reports of UFO activity around military installations or events. It has actually become quite the point of discussion among UFO aficionados, and one very prominent example of this is the time a wave of strange UFO phenomena washed over one of the largest military exercises the world has ever seen.

In the fall of 1952, one of the largest peacetime military exercises in history was underway in the frigid waters of the North Atlantic in the vicinity of Denmark and Norway. Called “Operation Mainbrace,” or also “Exercise Mainbrace,” the massive naval operation was carried out by the Allied Command Atlantic, which is one of the commands of the North Atlantic Treaty Organization (NATO), and was meant to simulate a response to an attack or invasion by the Soviet Union on Europe. The operation was truly epic in scope, involving the navies of nine countries, the USA, UK, Canada, France, Denmark, Norway, Portugal, the Netherlands and Belgium, and composed of over 200 ships, 1,000 aircraft, and 80,000 personnel. It was the most powerful fleet seen in the North Sea since World War. It was a truly impressive series of military war games, and it would also turn out to be an absolute magnet for UFOs, and indeed one of the most amazing military UFO incidents ever. 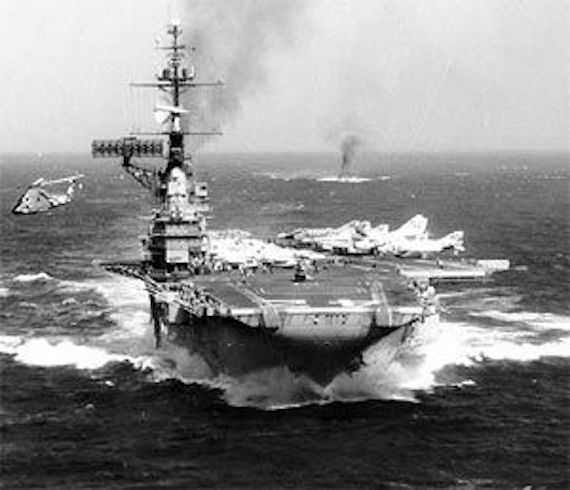 It all kicked off on September 13, 1952, when crew aboard the Danish destroyer Willemoes saw a glowing blue triangular unidentified object shoot through the night sky at an estimated speed of 900 mph. This would be far from the only strange sight witnessed in the skies above the operation, and reports from other navy personnel would come in over the coming days. On September 19, a British Meteor jet involved with the operation coming in to land at the airfield at Topcliffe, Yorkshire, England, was observed by crew on the ground to be followed by an anomalous silvery circular object that swayed “like a pendulum” and reportedly stopped when the jet circled around to engage it. The UFO then made a sudden acceleration into the distance, only to do a sharp turn and continue on in a different direction. One of the witnesses, a Lieutenant John W. Kilburn, would say of the incredible incident:

I was standing with four personnel of No. 269 Squadron watching a Meteor fighter gradually descending. The Meteor was at approx. 5000 feet and approaching from the east. Flight Officer Paris suddenly noticed a white object in the sky at a height between ten and twenty thousand feet some five miles astern of the Meteor.  The object was silver in color and circular in shape. It appeared to be travelling at a much slower speed than the Meteor, but on a similar course. It maintained the slow forward speed for a few seconds before commencing to descend, swinging in a pendular motion during descent. Like a falling sycamore leaf. After a few seconds, the object stopped its pendulous motion and its descent and began to rotate about its own axis. Suddenly it accelerated at an incredible speed towards the west turning onto a south-easterly heading before disappearing. All this occurred in a matter of fifteen to twenty seconds. The movements were not identifiable with anything I have seen in the air and the rate of acceleration was unbelievable.

On the following day another high profile sighting was made, this time by the crew of the U.S. aircraft carrier the U.S.S. Franklin D. Roosevelt. The ship was thrown into a state of confusion and alarm when a large silvery sphere was observed, seeming to follow the fleet. On board that day was a journalist by the name of Wallace Litwin, who managed to snap a series of four color photographs of the object. At the time he thought it must surely be a weather balloon, but he was soon informed that it was moving way to fast to be a balloon and also that none of the ships had launched any. The photos were examined by Navy Intelligence officers, who deemed the object to not be a balloon, although there was no other explanation offered. All witnesses also confirmed that it was not a balloon, and it was seen as very disconcerting, as this was well monitored airspace that had just been violated. Litwin would say:

In other words, the skies above this NATO fleet were very carefully observed and nothing flew around overhead unobserved. But I knew that I had taken a picture of what looked like a ping-pong ball 10 feet over my head. 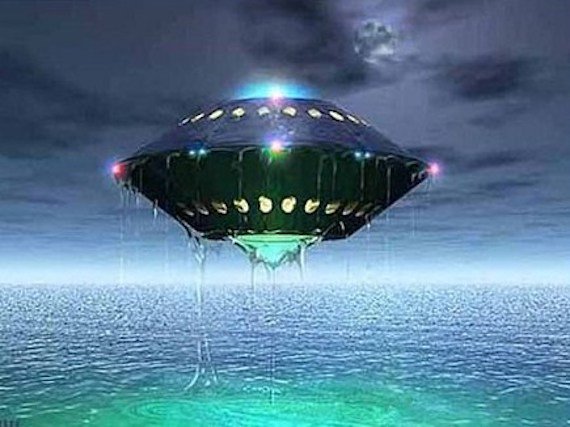 On that very same day the oddness would continue when three Danish Air Force officers at Karup Air Field, Denmark, saw a shiny metal disc-like object move rapidly out towards the fleet at sea. On September 21 another silver sphere seeming to be speeding away from the fleet’s position was tracked by a formation of RAF jets. The jets moved to intercept the mysterious object, but found that it was easily able to evade them with a physics defying display of maneuvers and speed, after which is shot off into the distance. It would apparently appear once again to follow the planes, but then disappear for good when one of the pilots circled around towards it.

In many of these cases there turned out to be radar confirmation, and considering the experience of these witnesses there seemed to be little reason to think that these could be mere weather balloons or some atmospheric phenomena or Venus. There were numerous other reports from personnel aboard ships and aircraft with the fleet, from witnesses of all nationalities, and even none other than Dwight D. Eisenhower supposedly saw one as he was aboard one of the vessels. One witness reported on this incident thusly:

We were North and East of England with the NATO fleet in the North Atlantic. It was about 1:30 a.m. Through the stormy rain and lightning, this big blue-white light appeared right off starboard bow. It came down to 100 feet off the water and just hung there as we cruised by it. The UFO was easy to see when the lightning flashed. It then rose straight and left. Four of us saw it. Here’s the kicker! General Ike, who’d flown over by chopper with the Admiral had just come out on the signal bridge wearing P.J.s and a robe looking for coffee.   We were sitting and making small talk when the bright light came on. We all watched it ten minutes, then just stood there staring at each other. After a while, General Eisenhower said, he better go ‘check this out’ and left. He also told us to ‘forget about it for now’. Next day and ever after, nothing was ever said about it. I don’t know what it was or why it was hushed, but I saw it.

Interestingly, even after Operation Mainbrace ended on September 25 UFO sightings reports would come pouring in from the region, almost as if they had been agitated by the activities the fleet had been carrying out, before suddenly disappearing as mysteriously as they had arrived. What brought these phenomena here? Are these forces drawn to our military activities for some reason, or is this just misidentifications, weather balloons, and Venus? Considering the caliber of witnesses on offer here, perhaps it is best to keep an open mind, and the Operation Mainbrace UFO encounters remain a well-documented fixture of UFO lore.