Japan sure does love its ghost stories. The culture is completely saturated with all manner of spirits and demons, the lore steeped with them, ranging from the ever present miscellaneous supernatural monsters, spirits, and demons called yōkai, to ghosts said to haunt temples and even those specifically known to lurk about tatami rooms. With such a smorgasbord of supernatural entities, it seems only natural that some ghosts should find a way to call restrooms their home, and there are certainly many of these. Here we will look at a selection of some of the most common spirits said to roam the restrooms of Japan, and how to deal with them when they come calling.

Perhaps one of the most well-known, and indeed frightening tales of roaming Japanese bathroom spirits is that of entity called simply “The Red Cape,” or “Red Cloak,” Aka Manto in Japanese. This particular apparition is said to appear as a man in a flowing red cape and hood, often also wearing a creepy mask over his face, and according to the lore he will appear in public or school restrooms, almost always in the last stall and favoring the ladies' room. It is said that he will appear just as one is about to wipe, and for all of his frightening visage will make a seemingly innocuous offer of whether you want the “red paper or the blue paper.” What happens when he appears to you? What do you do? What do you say? 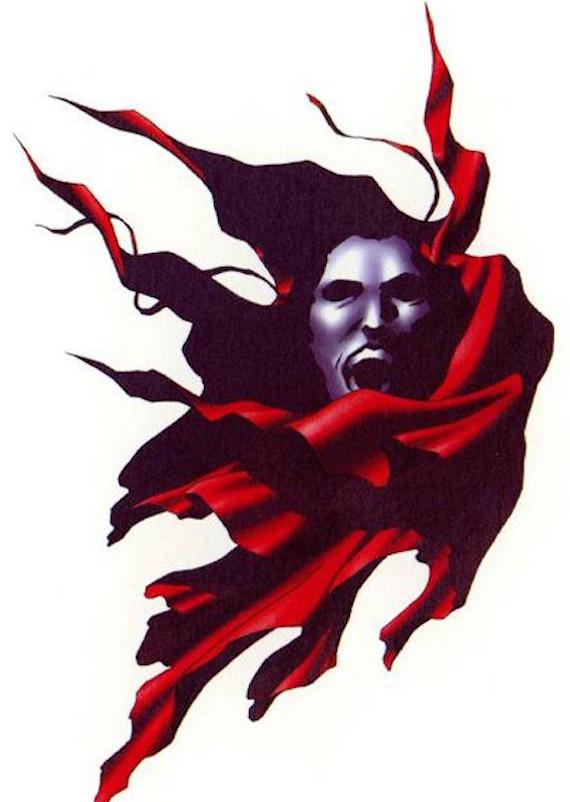 Well, this is a tricky one, because there are not a lot of options, and it is sort of a damned if you do, damned if you don’t scenario. If you choose “red” the demon will supposedly stab you or flay your back and let you bleed to death, covered in your own blood and red in color. If you choose “blue” he will either smother and suffocate you with his cape or drain you dry of blood until you literally turn blue. Trying to be clever and choosing a random other color will upset him and he will just either kill you in a way that so your skin ends up whatever color you chose, or failing that he will simply drag you off to the underworld to never be seen again, so there don’t seem to be a lot of ways out of this predicament. However, if you come across the Aka Manto the best way to deal with it is to just ignore the question entirely and try to go about your business as if he is not even there at all. This may be quite difficult to do with a masked, cloaked demon hovering in front of you, but it is better than the alternatives.

There is not really much background as to what the Aka Manto might be. All that is known is that this urban legend has been making the rounds since at least the 1930s, and it is a common tale all over Japan, with slightly different variations depending on the region, as well as differing appearances. For instance in some traditions he appears wearing a red sleeveless kimono and in others he will ask if you prefer a red cape to a blue cape rather than paper. Either way, he is not something one wants to encounter when sitting down on the commode late at night, and there are rather disturbingly many who claim to have actually encountered this thing. While it is mostly considered just a spooky story there are scattered reports that this entity is very real, so just remember to not choose red or blue, or any other color for that matter if it appears, ignore it and you should be fine.

Other Japanese restroom spirits are perhaps not as intimidating in appearance as the Red Cape, but are every bit as creepy. A popular one is called “Hanako of the Toilet,” or in Japanese Toire no Hanako-san, who appears as the apparition of a young girl only about 8 to 10 years of age, dressed in old-fashioned World War II era clothing and with a bob style haircut. Unlike the Aka Manto, she will not usually appear unsolicited, but must be summoned, much like the Bloody Mary legends of the West. 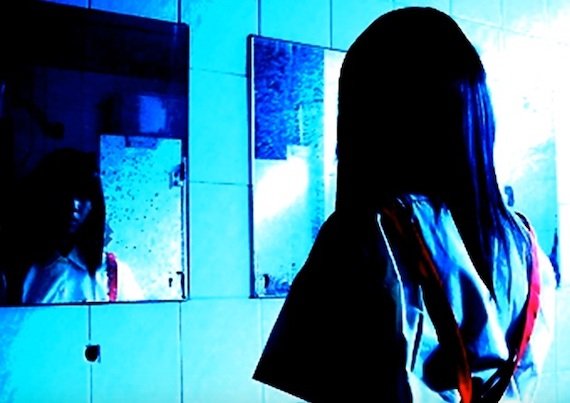 To call up Hanako, you just have to go to the third floor of a school building and make your way to the third stall of the ladies' room. At this stall you are to knock three times and ask “Are you there Hanako-san?” Did you get a reply from the other side of the door saying “Yes, I am.”? Then you have succeeded. Luckily for you, she is not known to harm people, just to completely freak them out and perhaps grab at them with ghostly hands, so you should make it out in one piece. The best thing you can really do is not invoke her in the first place, you maniac. The legend supposedly originates from the tale that a young girl was killed in a school bathroom during a bombing in World War II and has not found rest, able to teleport to any toilet in which she is called upon, and she has become quite an icon in Japanese pop culture.

If one creepy little girl spirit haunting the restroom is not enough for you, we also have the apparition called Kashima Reiko, who is most commonly said to be the spirit of a young girl who was killed after being nearly cut in half by a passing train. It is not really clear as to why she should want to haunt restrooms, but haunt them she does, usually approaching unsuspecting victims on the toilet in the form of a little girl with no legs. She will squirm and slither towards you or even from above over the partition, and calmly ask you where her legs are. What do you do? You don’t know where her legs are, right? Well, I am here to help. You are supposed to tell her they are on the “Meishin Expressway,” after which she will hopefully wander off and leave you alone. Do not under any circumstances give her another answer, or she is liable to tear your legs off and leave you as legless as she is. Remember that. The Meishin Expressway. That is the only correct answer. 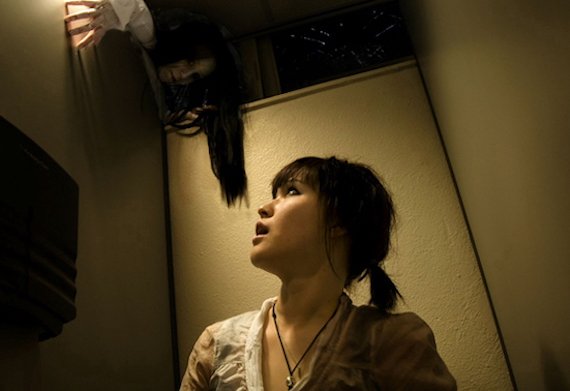 It might seem odd that Japan has ghosts that are specifically tied to restrooms, and this might just seem to be just a weird quirk for this nation, but there seems to be some bit of cultural reasoning behind this. Michael Dylan Foster, author of The Book of Yôkai: Mysterious Creatures of Japanese Folklore, has said of this connection to toilets and the spiritual world in Japan:

The bathroom is a somewhat unusual space in a household or school or wherever it exists. It empties into another realm, the sewer, and in that sense, the bathroom is a place of transition, and the toilet in particular is a portal to a mysterious otherworld. Even though we generally flush things down, it would not seem surprising for something mysterious to come up through the toilet.

It is certainly a strange place to be finding ghosts, but it fits in with the many off kilter legends that call this country home. These are most certainly mere legends and lore, but one can never be too careful, and if you follow the rues laid out here you should be fine. Hopefully you have reviewed your information, and if you ever come to Japan and find yourself getting a visit from one of these entities as you take care of nature's business you now know what to do.

Mysterious “Bonehenge” Structure Made From Mammoth Bones Has Experts Puzzled