Amazing Tales from the Land of Mothman

One of the things I particularly like about going to conferences is that new friendships are very often made. Such is the case with John and Tim Frick, who always attend the annual Mothman Festival in Point Pleasant, West Virginia. I got to know both of the guys a few years ago and we have stayed in touch since. Not just that, though. Both Tim and John have had some very strange experiences, as John  told me. With that said, I'll now share with you some of the weird experiences of the Frick brothers, as described by John. He began with their first trip to Point Pleasant in 2002: "We saw some sort of a shooting star shooting across the sky in the direction of the Ohio River. It had a bright white head and flames shooting out of the back. It was pretty amazing. I thought it was just a fireball. But, in retrospect, we thought: what are the odds we would see one of the most impressive shooting stars we’ve ever seen in our lives? We’d never seen anything like that before. We had been out in the TNT area for ten or fifteen minutes and we saw this; it was pretty cool. Then, the next day, we were wandering around Point Pleasant for the first time in the day and we met with Carolin Harris, who helped with the Mothman Festival. She said: 'About an hour before you guys got here, there were six car-loads of U.S. Marshalls in town.' 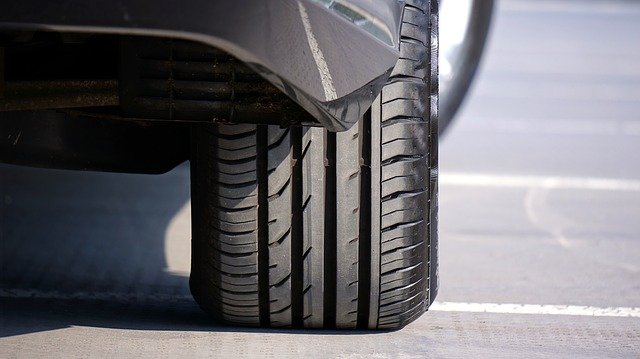 "She said one of the guys came into the steakhouse where she was. He said something like, 'They’re not in here.' And then he left. I joked that it may have been Men in Black looking for what we had seen the night before. We were joking about it, though. But, again in retrospect, we wondered what was going on. We kind of concluded that it was government officials in the area. Flash forward to October of 2003, and we were visiting a friend in Point Pleasant. We left her house and we’re driving to the TNT area and I said to my brother, Tim: 'Maybe they really were the Men in Black.'"

Jon continued with his story: "I’m guessing within about fifteen or twenty minutes of me saying that, way off in the distance, from right to left, we saw a helicopter fly from West Virginia into Ohio. It circled the power-plant and came back across the river into West Virginia. By this time we were getting up to the armory, and we see the helicopter coming closer and closer to the road and getting lower. It’s hard to estimate how low it was, but it could have been as low as seventy feet. It was way lower than helicopters are legally allowed to fly. It was directly over the road, coming straight towards us. It was really freaky. I kind of got startled by it. We drove under it, and as soon as we drove under it, it flew off to the right. I looked over and saw it flying away. My first impression was, these guys were coming after us. What do we do? He could outrun us. It was kind of scary, but I was relieved when it flew off. Tim kind of dismissed it at first as probably being a fluke thing. I was pretty sure that it was Men in Black-related. Especially because I just brought up the Men in Black seconds before we saw it. The timing was really bizarre. That was about it for that. That was Friday October 10."

There was much more to come: "On Sunday, we were at a cousin’s retirement party. We were in a pavilion and a helicopter flew really close to the roof of the pavilion. One of my cousins said: 'What’s he going to do: land on the roof?' I got all excited. It looked dark green or black. I wasn’t scared at all this time. In my mind, I felt for sure this was paranormal. It was like with Keel: they were messing with us now. We had just met Keel less than a month before he moved and we hung out and had dinner with him twice; hung out with him for at least six hours. Somebody said Keel’s energy may have rubbed off on me and my brother, because a month after meeting Keel all this weird stuff was happening."

Then, there were these words from John: “I have a friend named Judy that I met at a Pennsylvania Bigfoot meeting. I called her and asked if she was going to the Pennsylvania Bigfoot conference this Saturday. She said a very strange police officer had just shown up at her door, about an hour before I called. She said the guy had a really straight nose and a really funny laugh. The guy said he was investigating one of her neighbors. It blew my mind, because just twenty minutes before I called her, I was reading an email from a woman named Jerry that I met at the Mothman Festival, and in the email she was telling me about how, when she was a little girl, there was an FBI guy in their neighborhood investigating one of her neighbors. That was like the phenomenon was screwing with my head. The kind of stuff that was happening with Keel. So, all of these things were happening the month after we met Keel. It was pretty strange."

And it got even weirder, as John demonstrates: “About ten years ago, I had a possible Women in Black experience. I was in CVS and there was a very strange-looking Asian woman in there. Her face looked incredibly strange. The pharmacist was looking at her, too. Her face was so hideous that I immediately looked away, but curiosity would get you and you would have to look back and see if it was real; I did that a few times. It looked as if she had too big a mouth, but too low on her face; she didn’t look right. I walked out and said to my brother, 'I think there’s a Woman in Black in CVS; I’m going to wait for her to come out.' Anyway, after two or three minutes she comes walking out. She was wearing a skirt and high-heels. She walked across the sidewalk, and as soon as she hit the parking lot she broke into a full run – across the parking lot. In high-heels. As she passed me she started laughing and got into the vehicle sitting next to ours. It had a guy with black hair in it. The vehicle pulled out and circled our vehicle; they looked at us, and circled around and left. It was weird."

John was far from being done: "My other possible Woman in Black was when I was sitting in the lobby of a hotel; it was seven or eight years ago in Point Pleasant. It was around 10:30 at night. The rooms were kind of warm and we were letting the air-conditioning kick in. So, I came down and sat in the lobby to cool off some. I drifted off to sleep and I woke up when the front-door rattled; they locked the front door after eleven. There was a woman there. I walked up to the door and I said: 'Can I help you?' She said she wanted to see about possibly getting a room. I let her in and we were walking to the desk. And as I was talking to her I noticed that her eyes seemed to be half-rolled up into her head. That’s how they were the whole time I was talking with her.

"She had reddish-brown hair and I thought the experience was weird, but I wasn’t frightened or disturbed. But, her eyes were really strange. Then, one of those synchronistic things about it, she started complaining about the traffic on route 35. Me and my brother had been on that road earlier that day. And I was talking about how bad the truck traffic is there. Then, having this woman come in and complain about the trucks was sort of synchronistic. Like they were messing with my head again. The next day, me and Tim met with a friend, Bobby, she’s a woman who lives around Point Pleasant. We were going to check out some different areas and I was completely exhausted that day. I’m usually all pumped up at Point Pleasant; full of energy. I was thinking that she maybe psychically attacked me, the woman in the lobby the night before."

John and Tim are still regular fixtures at the Mothman Festival.

The Strange Case of the Phantom Barber