An Alien-Human Hybrid Baby? “You will not discuss what happened”

Sometimes, when you're focusing on a very strange story - eerie, even - the best thing you can do is to sit back and let the witness tell the tale, and without interruption. And, that's exactly what I'm going to do today. The account below comes from a well-respected UFO researcher and writer, Denise Stoner, who very generously shared this with me for publication. Denise is - with Kathleen Marden - the co-author of The Alien Abduction Files. With that said, onto the story in Denise's own words: "At least three times here in Florida at a particular combination health/grocery/restaurant called Whole Foods I have been observed by a strange character. This is a good place to blend as many folks who shop here are ‘odd characters’ to begin with or ‘hippie like,’ gone back to nature types. So, the person who has observed me is wearing a gauzy outfit, thin hair, woven straw Panama type hat and sun glasses fits right in. His skin, hair, and clothing are all almost the same beige color. 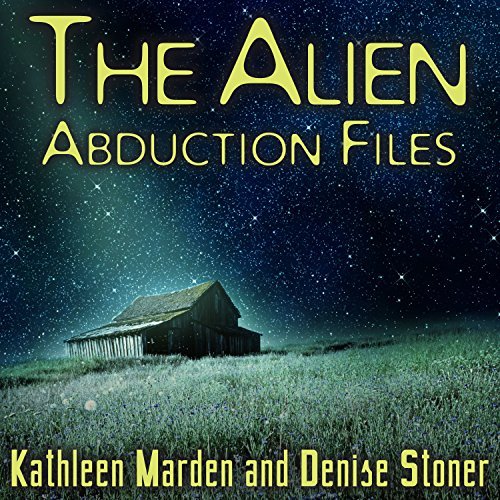 “The difference is he has a drink in front of him, a notebook, stares at me the whole time as we eat at a table on the sidewalk. He never has food of his own nor does he touch the drink. It seems he knows when we are almost finished eating, he gets up, walks slowly past our table, rounds the corner that is clearly visible but must pass a pillar on the corner of the shopping plaza by our table. Once he goes behind that pillar, he never comes out the other side. There is literally nowhere for him to go but out the other side, then down the sidewalk or out to the parking lot - but no, he is gone. I cannot get up to follow thinking I am going to bump in to him on the other side of the pillar. He lets me know in no uncertain terms that he is watching me or letting me know he is there.

“Yes, I have pondered many times what prevents me from picking up my cell phone and taking a picture of this individual. I have no answer for that. It absolutely crosses my mind the whole time the episode is taking place. Afterwards I feel foolish, know I will be made fun of in the telling of the story, and promise myself I will have the camera ready the next time.  It never happens. Are we somehow prevented from having photographic evidence needed as proof? I do have several speaking engagements a year and have decided to add one of these odd stories each time as I feel people need to know this type of thing exists. Let them decide for themselves what they think. This is going on and that is a fact - the fact appears to be that we have some type of ‘human’ with unusual abilities living among the earthly beings and our only choice for now is to be observant, to watch and wait. What other options do we have?”

“The situation to you as it has remained clear as crystal in my mind.  As for my Mom, she knows something happened but it has gotten foggy and she doesn't know why, yet she recalls something happened that made her feel very uncomfortable. My Mom and I had gone to the mall on Christmas Eve for a couple of last minute stocking stuffer type gifts.  We actually knew what we wanted so parked outside J.C. Penney’s on the side where those goods were. We went in and immediately noticed that in late afternoon, there were only a few shoppers. We picked out our gifts and got in line at the cashier in back of two other people. We could easily see the exit door and the sun in the parking lot, we were facing that way. The glass doors opened and two very tall, thin women entered. They had long almost waist length blond hair parted in the middle on top and it was thin in texture. Their skin was also pale and I did not notice any make up but each had huge piercing blue eyes. Their gait was odd like they were too tall (approximately 6'1) to walk smoothly. I was already an investigator for MUFON so was aware of oddities in people and had done background searches for the Federal Government, so was trained to be observant. 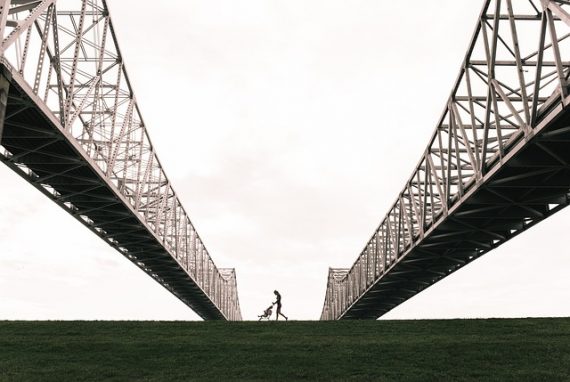 “They were pushing one of those umbrella style strollers with no fancy attachments - just the hammock type bed, wheels, and handles. I noticed they had no purses or accessories such as a diaper bag to carry diapers or bottles, etc. The women moved slowly it seemed and drew my attention to the stroller. There was a baby blanket in the bottom portion and on top the head of a baby no bigger than a small grapefruit, pasty colored skin, no noticeable nose, a line for a mouth and huge dark eyes taking up most of the rest of this head. I wondered if the baby was deformed but knew this was not the case somehow. The baby appeared alert and was staring up at me. My Mom bumped me with her arm to get my attention and said ‘what is wrong with that baby?’ I felt I needed to tell the person in front of me because we had been talking with her about being slow in finishing up our shopping. When I tapped her on the shoulder I then was shocked to see not only her but the lady in front of her and the cashier were kind of frozen in place. Everything seemed to be moving in extremely slow motion around us.

“The blond women seemed to pass the thought to me that I needed to take another good look at the baby and study it. Then as if a film was put back in to normal speed they walked past me and the cash register began to work, people - the only three in the area were moving again as if nothing happened. I told my Mom to hold our places and I ran after the women.  Just next to us was the infants’ clothing department. The women had turned in to that aisle. I followed and when I turned in to the aisle - they disappeared. Just gone like they had never been there. I ran back the short distance to my Mom and told her they were gone. We checked out and my Mom kept saying, ‘what was going on with that baby?’ I told her no one goes shopping with a baby that tiny without taking needed supplies, bottles, diapers, clothes, etc. 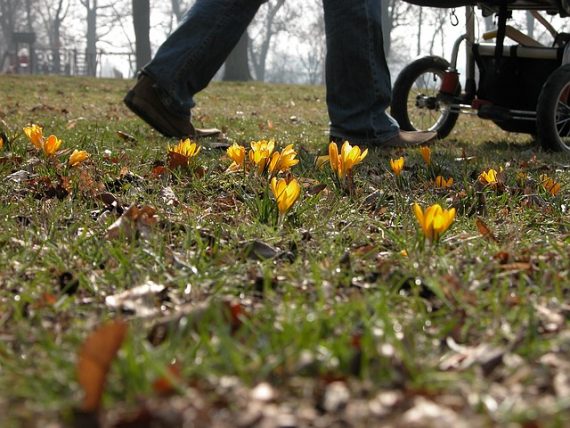 “I remember asking her if she thought we had seen something alien such as a hybrid and she just shook her head as if there was no answer. We stepped out the door and that’s when the experience with the men took place. When we exited the mall my Mom had already stepped off the curb to locate my car, I was stopped by three men who were leaning on the brick wall by the door. Wearing black suits, black hats, white shirts, sun glasses. Short in stature. The only difference from your reports was the fact that one had a briefcase - black also. I don’t recall their mouths moving but it could be I was just nervous.

“One of them said, ‘you will not discuss what happened inside that store, do not talk about it to anyone; do you understand?’ I did not answer, stepped off the curb as I felt I was in danger and called after my Mom. Just after I stepped off the curb I turned back to discover these men were gone and there was nowhere for them to go other than in to the parking lot or further down the sidewalk as there was a brick wall where they had been and continued down the length of the building to the only door we had come out. We had been shown something in the store we both feel wasn’t normal and were talking about it as we left to see if we were imagining things when I met these men.  Does this sound typical of these types? I am too old to be abducted and used for breeding and have had a hysterectomy so that could not have been the purpose - to show me a child of mine and I felt nothing like that was going on.”