Now and again I'm asked about the issue of "cattle mutilations"/"animal mutilations" in the U.K. Well, yes there are such things in the U.K. I should stress, though, that when I'm asked about these grisly and undeniably disturbing phenomena, people are usually talking about the theory that aliens are the culprits. The truth, though, is that most mutilations in the U.K. are undertaken by sick people who should be behind bars. That said, there are some genuinely weird cases. On April 11, 1977, no less than fifteen wild ponies were found dead at Cherry Brook Valley, Dartmoor, Devonshire, England, by a Tavistock storekeeper named Alan Hicks, who had been crossing the wild and desolate moors with his children. It was not until mid-July, however, that the media began reporting on the incident in-depth. Newspaper articles in my possession demonstrate that the story traveled as far as South Africa; however, consider the following story, extracted from the U.K.'s Western Morning News of July 13, 1977:

“Fears that the mystery deaths of fifteen ponies near a Dartmoor beauty spot were caused by visitors from space were being probed by a Torbay team yesterday. Armed with a Geiger counter, metal detectors and face masks, four men are investigating what leading animal authorities admit seems a ‘totally abnormal happening,’ and are hoping their equipment will throw a new light on the three month old mystery. While other investigators have looked for signs of malnutrition, disease or poisoning – or even gunshot wounds – the four men are seeking proof that extra-terrestrials were responsible for the deaths.”

The trail went icy cold until pretty much 1991 when a great mate of mine, Jonathan Downes, a prolific author, journalist, investigator, and the director of the Center for Fortean Zoology, began to probe the case. Jon – who was living in Devonshire at the time, and who still resides there to this very day – succeeded in tracking down a number of those people that had been quoted by the newspapers some fourteen years previously. Curiously, Jon detected a very distinct reluctance to talk, even after almost a decade and a half. Even more bizarre, one of those same individuals, who strictly adhered to a non-paranormal explanation for the pony deaths, complained to a research colleague of Jon’s acquaintance for constantly pestering her day and night by phone, when, in actuality, the only contact had been one, solitary telephone call. It was a mystery never solved.

On the afternoon of a spring day in 1992, Jon Downes was deep in conversation with a police officer from Middlemoor Police Station in the English city of Exeter. The subject of the conversation was the so-called “big cat” sightings (such as the notorious Beast of Bodmin, Beast of Dartmoor, and Beast of Exmoor) that have been reported throughout the British counties of Devon and Cornwall for decades. Was Jon aware, the officer inquired, that there had occurred at nearby Newquay Zoo in the late 1970s a series of grisly mutilations of animals under extremely strange circumstances? Jon replied that, no, he was not. 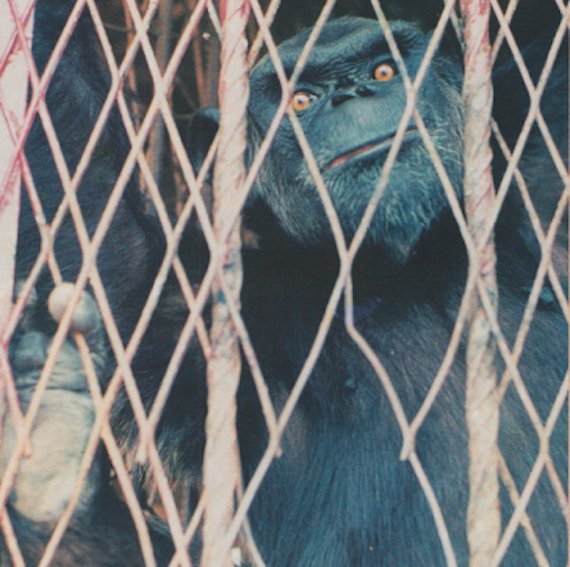 Fortunately, however, the officer was able to put Jon in touch with the one man in a position to discuss the facts: the head keeper at the zoo at the time in question. And here’s where things began to get distinctly odd. Jon wasted no time in tracking the man down. Elderly and in failing health, he confirmed to Jon the basics of the story: very strange deaths had occurred at the zoo, and wallabies, swans and geese had been beheaded. But more significantly, their corpses had been totally drained of blood. Another strange saga remained unsolved.

While I don’t personally adhere to the theory/belief-system that the U.K. mutes are the work of ETs, some do. One of those is Mike Freebury. I met Freebury for the first time a few years ago, when I was back in the U.K. for two weeks. He is the author of a 2011 book titled Killers on the Moor. It’s a 252-pages-long book that looks deeply in the matter of mutes in the U.K. If the animal mutilation issue interests you, then you really should get a copy of Killers on the Moor. Regardless of whether you are of the opinion that aliens, wild animals, government conspiracies, or cults are the culprits, Freebury’s book is important, as it’s the only one ever written on the subject of U.K.-based animal mutilations.

Living Off of Light: The Bizarre Story of Breatharianism