The global outbreak of Coronavirus has many people fearing for the worst as new cases of people being affected as well as new deaths are being reported with each passing day. According to the most recent report, there are more than 92,000 people who have been infected with the virus with just over 3,100 deaths and those numbers will surely rise. As for the United States, there are at least 120 confirmed cases and 9 deaths related to the virus. Additionally, the FDA announced that one million Coronavirus tests should be made available by the end of this week.

With Coronavirus creating fear across the globe as many people are worried about getting infected, one Chinese man has come up with a new concept suit that he says can kill the virus before reaching the wearer. Architect Dayong Sun created the “Be a Batman” suit which is a fiber frame with thermoplastic material in the shape of bat wings and is designed to be worn like a backpack. It’s like having a bubble of protection against the virus.

The ultraviolet lights on the suit heat up enough so that they can kill infectious pathogens that are in the air, keeping the wearer safe from the virus. On the other hand, the World Health Organization has warned against using the UV lights on the skin as the radiation can cause irritation.

Since bats have been one of the animals blamed for the outbreak (along with snakes and pangolins), they are surprisingly immune to the virus because of their flight abilities as well as their fast metabolism. When they fly, the body temperature of bats can go as high as 104 degrees Fahrenheit. And according to Dayong in an interview with Dezeen (pictures of the suit can be seen here) “The Coronavirus will be killed by temperatures of 56 degrees Celsius,” which is 133 degrees Fahrenheit. He went on to explain, “The PVC film [the thermoplastic material] cover is like our car windshields – there [is] heater wire in between the glass [to] heat the ice and snow in the winter.” 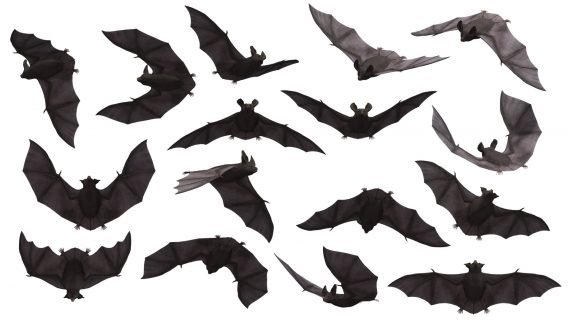 He added that much more work needs to be done on his concept especially with engineers. And once he can find investors to help him make his concept into a reality, he will offer his services for free. He even stated that once Coronavirus is contained, people can still use the suit as a “unique private mobile space”.

While it’s not entirely clear as to how Coronavirus spreads, it is believed that people can catch it by having contact with an infected person by touching the same items and then touching your mouth or eyes. It is also contagious by germs in the air from an infected person sneezing or coughing. This is why the “Be a Batman” suit is quite promising as it limits person-to-person contact.

A Mysterious Unexplained Smell Has Returned to Pennsylvania