Beware of the Galaxy-Killing Quasar Tsunamis

Are you looking for something else to worry about? Probably not, but that never stopped the fine folks at NASA from scaring the pajamas off of humanity with warnings of the most unimaginably horrible cosmic scenarios that they don’t reveal until the end or in the fine print that it’s happening millions of light years away or will miss Earth by a few million miles. Why do they do this? Are they still upset about all of the people who refuse to believe the Earth is round or the moon landings actually happened?

"No other phenomena carries more mechanical energy. Over the lifetime of 10 million years, these outflows produce a million times more energy than a gamma-ray burst."

That’s NASA’s movie-opening-line-worthy description of “quasar tsunamis” – a phenomena unknown until the Hubble telescope picked up signs of some huge energy force ripping across galaxies, igniting stars, planets and everything else in its path like “a huge light show—like Christmas trees all over the galaxy." Principal investigator Nahum Arav of Virginia Tech in Blacksburg, Virginia, described the discovery in a recent NASA press release announcing the publication of not one but six papers on the subject (this sounds serious) in The Astrophysics Journal, along with a suitably scary illustration of a galaxy with an active quasar (think of a quasar as multiple black holes working together to spew matter and energy as they consume stars) blasting "quasar winds" containing hundreds of solar masses of material that “snowplows” into surrounding galactic gas and dust.

Before you fall into the “yeah, but these galaxies are millions of light years away” trap, cosmologist Jeremiah P. Ostriker of Columbia University and Princeton University warns that it could happen in the Milky Way.

"Both theoreticians and observers have known for decades that there is some physical process that shuts off star formation in massive galaxies, but the nature of that process has been a mystery. Putting the observed outflows into our simulations solves these outstanding problems in galactic evolution."

And if you think this is just a one-time occurrence, astronomers observed 13 quasar outflows once they identified the spectral “fingerprint” of cosmic tsunamis -- light absorption features along the path of the light shifted in the spectrum because of the fast motion of the gas across space. Not only that, this outflow seems to increase over time, with one quasar observe spewing mass at 46 million miles per hour. Now are you worried? Blame it on the Hubble telescope – it’s the only one with the range of ultraviolet sensitivity needed to see these quasar tsunamis, according to team member Gerard Kriss of the Space Telescope Science Institute in Baltimore, Maryland.

"These were previously only visible with much more difficult X-ray observations. Such powerful outflows may yield new insights into the link between the growth of a central supermassive black hole and the development of its entire host galaxy." 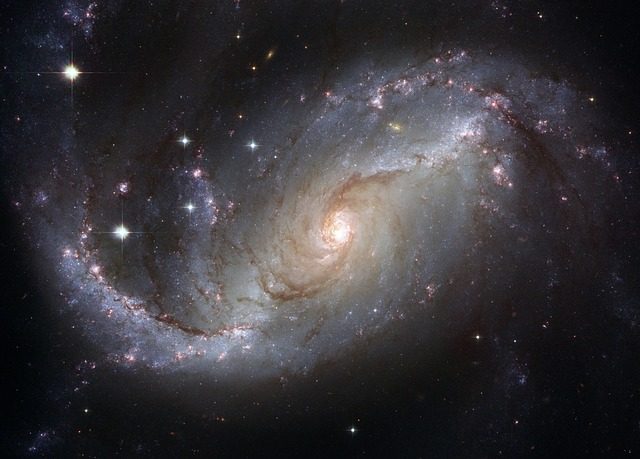 Is this really part of the development of a galaxy or the destruction of it? The Milky Way has a supermassive black hole. Shouldn’t these astronomers be watching something a little closer to home and letting us know when it’s really time to stock up on toilet paper?

Asking for a friend who think the Quasar Tsunamis would be a great name for a band.

A 19th Century Monster That Is Still With Us