On October 21, 1952, a Flight Lieutenant Michael Swiney of the Royal Air Force took off in his Meteor trainer jet on a training flight with a flight student. At the time he was a flight instructor at the RAF’s Central Flying School, at Little Rissington, Gloucestershire, England, and today his student was a Royal Navy Lieutenant, David Crofts. The two were engaged in a cross country flight that would take them on a route along the south coast of the country, after which they would turn around and head back. It was meant to be a routine flight and with the calm weather on a fairly calm afternoon there were no anticipated problems. Yet this was to be a flight into strangeness that neither one of the men would ever forget, and which would propel itself into the realm of some of the great UFO mysteries.

The flight went according to plan at first, with a perfect take off and climb up through the cloud cover. It was as they punched through the clouds at an altitude of approximately 12,000 feet that Swiney allegedly spotted three white spherical objects at an estimated altitude of 35,000 feet, directly ahead of them. It was the pilot’s first impression that these were parachutes, but as they drew closer it became very obvious that these were something far stranger. He would say of the objects:

It was something supernatural. I immediately thought of course, of saucers, because that’s actually what they looked like. They were not leaving a condensation trail as I knew we were. They were circular and appeared to be stationary. We continued to climb to twice that height [to 30,000 feet] and as we did so they did in fact change position. They took on a slightly different perspective. For example the higher we got they lost their circular shape and took on more of a ‘flat plate’ appearance – like when you hold a tea-saucer above your head and look at it, and then bring it down to your eye-level, it loses the circular shape and becomes a flat plate. At one time the objects, which were still very much in view, appeared to go from one side of us to the other, and to make quite sure it was not an illusion caused by us in our aeroplane moving to one side, I checked that we were absolutely still on a very steady heading, and sure enough they had moved across to the starboard side of the aircraft. 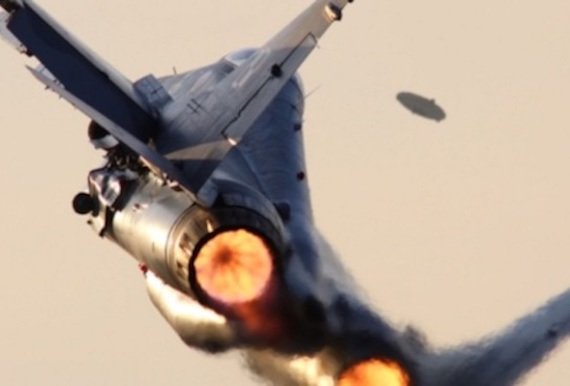 Swiney’s plane managed to climb to 35,000 feet, and they approached close enough to the anomalous objects to see that they were devoid of any wings, vents, portholes, fins, or anything else that would have been expected of a conventional aircraft, and it was all so outlandish that Swiney began to suspect he was perhaps suffering from a lack of oxygen and that he was possibly hallucinating. However, this was put to rest when his passenger, Crofts, saw them as well. Crofts would describe the strange objects thusly:

I looked straight through the D-window and there were three dots ahead…[initially] they wouldn’t have been bigger than my thumb-nail at arm’s length and there were certainly three of them. I looked up from time to time and saw they were approaching and getting further and further apart. What I saw looked like the bottom of a stemmed glass. They were lens shaped, like an ellipse and the sun was behind them, and there was no cloud at that height. It was impossible to tell the size of them or how far away they were.

This was all unsettling enough that the shaken Swiney decided to call off the training exercise and head back towards base, despite Crofts’ suggestion that they move to intercept. As they made their way back to base, Swiney radioed ground Air Traffic Control, and although Swiney wanted to get as far away from the objects as possible, ground control ordered them to turn around and approach the anomalies. Swiney dutifully banked around and reportedly blasted towards them at full speed, actually managing to gain on them before suddenly the objects turned at a sharp angle and sped away at a rate of acceleration that was far beyond anything known before vanishing, leaving both Swiney and Crofts completely puzzled.

In the meantime, it turns out that a Ground Control Interception radar in southern England designated Sopley had picked up the objects, which were moving at around 3,000 miles an hour over the countryside of the southwest of England. This was causing quite a bit of panic, as all aircraft in the area were meticulously tracked and accounted for, and these particular objects were nothing that was supposed to be there. Considering this was right in the middle of the Cold War and with tensions high, this meant that these unidentified, out-of-place aircraft were potentially a threat to national security. The response was to scramble any available fighter jets immediately in order to assess the potential threat and possibly engage, and two Meteors from RAF base Tangmere, in Sussex, were launched to join up with Swiney’s plane and offer support, however, they were unable to make visual confirmation, the objects vanished from radar somewhere off the coast of Kent, and the fighters returned to base. 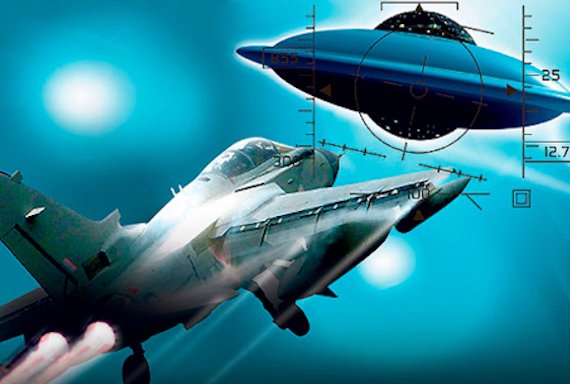 After this incident the whole thing was kept remarkably quiet, even though it was also picked up on a private listening station and there has been evidence that GCHQ, the government’s own secret listening station at Cheltenham, in Gloucestershire, had also aware of the events as they unfolded. It seems that the RAF and the Air Ministry were keen to explain it all away and distance themselves from it all, despite the multiple radar confirmations at the same time as visual contact was made by Swiney and company. Indeed, at some point the entire file on the incident reportedly has since just sort of gone away, as if nothing ever happened on that fateful day at all. Yet those who were there insist that it indeed did happen, and speak of the thick layer of secrecy overlaying the incident. Indeed, not long after this supposedly happened, the Air Ministry issued a warning that restricted RAF personnel from discussing encounters with unexplainable phenomenon with anyone other than official superiors.

As a matter of fact, the practice of the British Ministry of Defense with regards to UFOs at the time was to typically regularly destroy and dispose of any files pertaining to such UFO incidents, as they were seen as largely explainable with mundane explanations and were not worthy of funneling resources into. Since this practice was only stopped in 1967, all official reports from before that year no longer exist in any form. However, Swiney claims that in 1974, after decades of the event weighing on his mind, he requested to see the file on the incident witnessed by he and his co-pilot, and much to his surprise it was actually shown to him. He explains of this:

I was then in a position to say that I wanted to see the report I had written in 1952. I simply said ‘I want to see it’ and the next thing was one of my staff (a RAF Group Captain) plonked it on my desk. So I had a look at it. It was all there, and if I remember rightly I also saw David Croft’s report which was attached to it. I had a look at it and when I was satisfied I put it in the out-tray. I should have taken a copy there and then. 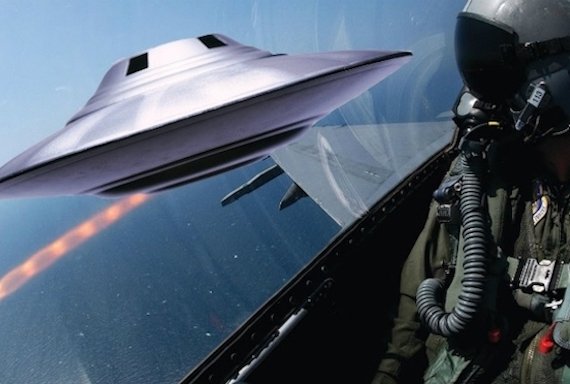 After this the report seems to have just vanished, and an attempt to take a look at it again in 2000 with the help of researcher Dr. David Clarke resulted in them being given the runaround through several agencies, all of who said they were unable to locate the requested file. They were also told that no files on UFOs from before 1967 were available in general because of the past policy of destroying them all, making his 1974 experience all the stranger. When confronted about this discrepancy they received no answer or further explanation from the government, and the file seems to have just disappeared into thin air. As far as the Ministry of Defense is concerned, it never happened. Yet Swiney has always remained adamant that this file did exist, that he saw something truly beyond explainable, and that it was no normal balloon, aerial phenomena, or other mundane cause, and he has said of this:

I had then been flying for about nine years and I had seen many funny reflections, refractions through windscreens and lots of other things, but this was nothing of the sort. We tried very hard to explain away what we were looking at but there was no way we could do that. There was something there, there is absolutely no doubt about it. It was NOT a reflection. I am completely open-minded. I don’t think there are little green men who are going to suddenly land and get out of peculiar-looking craft. But what I do know is that both David Crofts and I saw something, the like of which we had never seen before, and I have never seen since. I cannot explain it. But all I do know is that I did see, as did he, something which was most unusual.

In the meantime, what has gone on to be mostly known as the “Rissington Incident” has been much discussed in the UFO community and has appeared on such well-known TV programs as UFO Files the BBC’s Timewatch. What happened here with these pilots? Was this phenomenon, which was also clearly observed by ground radar, all caused by mundane causes, or was it something more? What happened to that file, and did it ever exist at all? The answers remain unclear, and the Rissington Inceident has gone on to become a regularly discussed unsolved UFO case that will likely invite debate for years to come.