From UFO to Spy Plane: An Answer to Some UFO Encounters?

Over the years - decades, in fact - the CIA has declassified a wealth of UFO-themed documentation. The stash is filled with reports of UFO encounters filed by pilots, police-officers, scientists and members of the public. Many of those same reports were extracted from worldwide newspapers that the CIA carefully scrutinized on a regular basis. While there is no definitive smoking gun in the files, there's no doubt that the papers demonstrate the longstanding interest - and occasionally the concern - the CIA had about the UFO phenomenon. There are some genuinely intriguing cases in the CIA's archives, one of which I'm going to bring to your attention today. Dated September 20, 1957 and prepared for the Acting Director of Central Intelligence, it begins as follows:

"As reported by components of the US Air Defense Command, an unidentified flying object (UFO) was tracked by US radars on a relatively straight course from the eastern tip of Long Island to the vicinity of Buffalo. The object was reportedly moving westward at an altitude of 50,000 feet and speed of 2,000 kts. 'Jamming' was reported by several radars in this vicinity and westward as far as Chicago. In a subsequent briefing for representatives of the IAC, the US Air Force reported that the original reports had been degraded somewhat by information that: (a) there was an 11 minute break in the tracks; (b) weather conditions in the area were of the type which have in the past produced false radar pips and electronic interference; (c) B-47's of SAC were in the area near Chicago on an ECM training flight. The ADC has not completed its investigation of this incident, but in any event it now seems clear that the phenomena reported west of Buffalo were not related to the UFO."

The report continues: "We have no intelligence on Soviet activities (e.g. long-range air, submarine, or merchant shipping operations) which can be related specifically to this reported event. We believe it unlikely that a Soviet aircraft could conduct a mission at this speed and altitude and return to Bloc territory. However, we credit the USSR with the capability to have a submarine-launched cruise-type missile of low subsonic [supersonic] performance and a range of about 500 n.m., but we have no specific evidence of the existence of such a missile. We have examined possible Soviet motives for launching a one-way vehicle on an operation over the US, and consider that there would be little motivation at this time, except possibly a psychological or retaliatory motive, which we believe is marginal. One-way reconnaissance operations are largely ruled out by the likelihood that the results would be of small value, and the risk of compromise would be very great."

It's clear that this case raised eyebrows and was the subject of significant investigation. It may well have been a genuine UFO. There is, however, another possibility. In 1999, Gerald K. Haines – in his position as the historian of the National Reconnaissance Office - wrote a paper titled “CIA’s Role in the Study of UFOs, 1947-90.” It’s now in the public domain, thanks to the provisions of the Freedom of Information Act. It can be read at the CIA’s website at this link. Haines’ paper detailed the history of how, and why, the CIA became interested and involved in the phenomenon of UFOs. Although Haines covered a period of more than forty years, I will bring your attention to one particular section of his paper. Haines revealed an intriguing connection between UFOs and the U-2 spy plane. On August 4, 1997, the U.K.'s Independent newspaper ran an article titled "US hid spy plane projects behind UFO hysteria." The article was focused on Haines' paper. 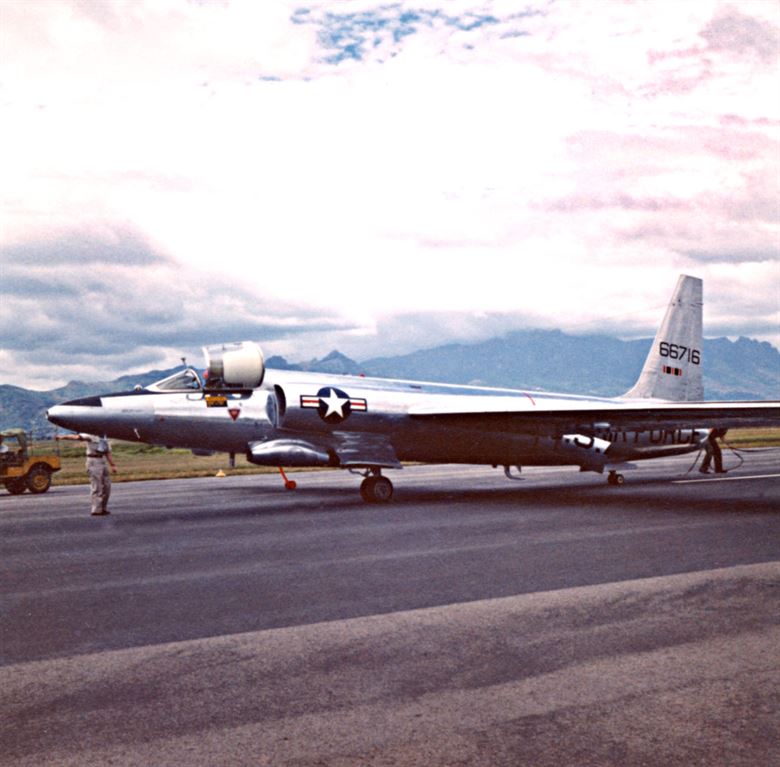 In part, it stated: "Early U-2s were silver and reflected the sun's rays and often appeared as fiery objects to people below, Mr. Haines said. They were later painted black. Air force investigators, 'aware of the secret U-2 flights, tried to explain away such sightings by linking them to natural phenomena such as ice crystals and temperature inversions.'By 1956 the air force internally had clear explanations for 96 per cent of UFO sightings, Mr. Haines wrote, referring to the experimental aircraft. 'They were careful, however, not to reveal the true cause of the sighting to the public.' At the height of the Cold War the CIA hid its involvement in studies of UFO sightings because it feared that if word came out it would lead to a national hysteria that could be exploited by the Soviet Union."

In light of all the above data, it's possible that this September 1957 case involved a high-flying spy plane - whether the U-2 or another kind - rather than a true UFO. Sometimes, what appears to be a UFO may be something definitively home-grown. And highly secret, too.