Hole in Mars May Be Where Martian Life Forms Are Hiding

In a move that surely must have frustrated the hundreds, if not thousands, of people pouring over databases full of old Martian satellite images and rover photographs for signs of life, NASA posted an unusual shot on its “Astronomy Picture of the Day” blog of a really strange-looking hole on the side of a Red Planet volcano with a caption that readily admits it could contain life forms. (Image above. Credit: NASA.) All we need is someone or some rover to creep up to the edge and peek in. Any volunteers? Anyone? Bueller?

“Holes such as this are of particular interest because their interior caves are relatively protected from the harsh surface of Mars, making them relatively good candidates to contain Martian life. These pits are therefore prime targets for possible future spacecraft, robots, and even human interplanetary explorers.”

On March 1, 2020, NASA’s pic of the day was a hole photographed in 2011 by the HiRISE instrument on the Mars Reconnaissance Orbiter. Located on a slope of the Pavonis Mons volcano, the opening measures 35 meters (115 feet) across and the hole, based on the angle of its shadow, measures at least 20 meters (65.5 feet) deep. If Pavonis Mons sounds familiar, the volcano is the subject of the Flaming Lips instrumental song "Approaching Pavonis Mons by Balloon (Utopia Planitia)" on the album Yoshimi Battles the Pink Robots, which later was made into a Broadway musical by The West Wing creator Aaron Sorkin. Is NASA hinting that there might be pink robots in this hole? Or perhaps it’s a space elevator to Deimos, the smaller moon of Mars, as depicted in Buck Rogers in the 25th Century. Or is NASA hiding something else … in plain sight? 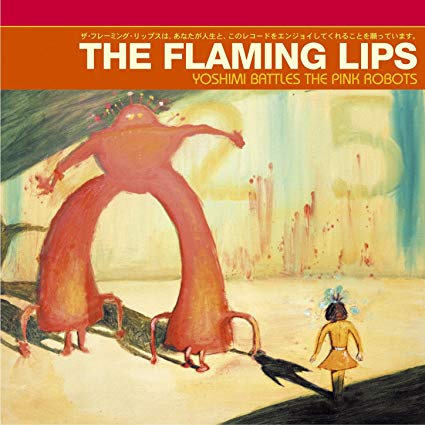 Pavonis Mons is a giant shield volcano made from stacks of overlapping lava flows that measures 8.7 miles high -- taller than Mt. Everest. A digital model shows a pile of debris inside the hole, indicating it was once as deep as 295 feet. That makes the hole deeper than most caves on Earth. If early humans lived in caves, why not Early Martians? Or current Martian life forms?

"These results have important implications for habitability and human exploration of the moon but also for the search for extra-terrestrial life on Mars. Lava tubes are environments shielded from cosmic radiation and protected from micrometeorites, potentially providing safe habitats for future human missions. They are also, potentially, large enough for quite significant human settlements."

Riccardo Pozzobon from the University of Padova, Italy, agrees. In a study conducted in 2017, he and other scientists compared volcanic lava tubes on Earth in Hawaii, Iceland, and the Galapagos Islands to those seen on the Moon and Mars. On the Moon, some are 1 km (0.6 miles) across and hundreds of kilometers in length. Both these and the smaller ones on Mars are big enough for future human settlements and possibly past or current extraterrestrial life.

We may soon find out. The Mars 2020 rover is scheduled to launch on July 17 and land on February 18, 2021, with the mission to search for signs of life. Unlike other rovers, this one will carry a helicopter – perfect for flying over and perhaps even flying into the hole on Pavonis Mons.

Maybe The Flaming Lips should head back to the studio and begin working on some lyrics to “Approaching Pavonis Mons by Balloon (Utopia Planitia)” about approaching it by helicopter or on wheels.

When a 1970s-Era Werewolf Created Terror and Hysteria