Living Off of Light: The Bizarre Story of Breatharianism

There are certain things in life that seem to be inescapable, indisputable facts of life and our own biology, and one of these is that we require food and water to live. This seems like it goes without saying, and doesn’t typically need to be pointed out. Yet, if you are reading this wondering why I’m pointing out the obvious fact that we need food as sustenance to survive, then you are obviously not “Breatharian.” Welcome to the wild world of a cult that seems to truly believe that we can exist perfectly fine without silly things such as food and water.

The movement called “Breatharianism,” also sometimes referred to as Inedia (Latin for 'fasting') follows extreme fasting practices in the belief that it helps us achieve some higher state of being and remove impurities. While fasting itself is a huge part of the traditions of a good many major religions, including Hinduism, Christianity, Islam, Jainism, Taoism, and Judaism, the difference is that “Breatharians,” as they call themselves, take it to the next, very extreme level. They believe that it is actually possible to train your body and mind to subsist solely on air and sunlight alone, and that it is not beyond the realm of possibility to continue in this state without food or in some cases even water, indefinitely. Wait, what?

According to Breatharianism, it all comes down to a mystical energy called prana, which is a Sanskrit word that means “life air" or "life force,” and originates from Hinduism. According to Hindu philosophy, this prana pervades the universe and flows through all life and inanimate objects, and it is a huge component of many traditional practices such as yoga and Indian medicine and martial arts. For Breatharians, it is an energy source we can tap into in order to nourish ourselves, and it is the only type of sustenance we need. In order to do this, the beginner Breatharian will follow a series of steps in order to gradually wean themselves away from food and water, which get steadily more intense as the process progresses. 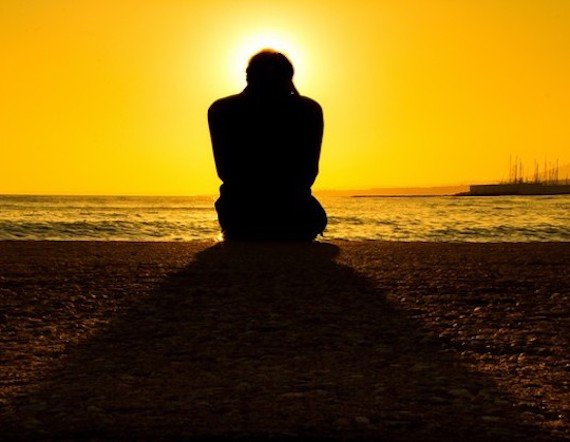 The first thing to do is to become a vegetarian, followed by strict veganism, then eschewing anything that is cooked or processed, and then a completely fruit and liquid diet, all the while whittling down the portions little by little. When one reaches the stage of eating only fruit, they are supposed to begin a regiment of increasingly long fasts in which they aim to go as long as possible without any food or liquids, stop to have a piece of fruit and watered down juice, and then start the process again. This is supplemented by “sungazing,” in which they literally stare at the sun for long periods, as the sun provides the most prana, and the organ that absorbs it best are supposedly the eyes. With dedication and years of practice, Breatharians claim that it is possible to finally reach the last stage, in which complete sustenance can be gained through prana alone, and according to them there are numerous examples of people who have achieved this.

Breatharians will commonly cite a few main people as evidence that their lifestyle can work. One of the names that is thrown out most often is an Indian sadhu by the name of Prahlad Jani, who claims to have survived without any food or water for 70 years. Apparently there was a medical experiment done on him, during which he demonstrated in a carefully controlled scientific setting in which he was monitored 24 hours a day that he could easily go at least last 2 weeks without any food or water at all, although they were unable to tell if he would be able to keep this up for decades at a time, and there have been suspicions that the sadhu must have cheated somehow. There is also a man called Ray Maor, a Breatharian who supposedly appeared the Israeli television investigative show The Real Face and proved that he could survive without food or water for eight days and eight nights with no negative effects, which apparently puzzled all present.

The most well-known success story within the group is probably that of one of their very own founders and top leaders, Ellen Greve, of the Australian branch, who is now known simply as Jasmuheen and claims to be able to go months on end without any food or water. She has written several books on how to do this, including her bestseller Living on the light. The founder of the Breatharian Institute of America, Wiley Brooks, also claims to be able to go indefinitely on the power of air and sunlight alone, and there are numerous people among their ranks who make similar claims. For instance, Husband and wife Breatharian couple Akahi Ricardo and Camila Castello went viral when they claimed to have been living a “food-free lifestyle” for a full 9 years, during which they had two children no less. Akahi has explained:

Humans can easily be without food — as long as they are connected to the energy that exists in all things and through breathing. For three years, Akahi and I didn’t eat anything at all and now we only eat occasionally like if we’re in a social situation or if I simply want to taste a fruit. There is a freedom that comes with not being attached or dependent on food. It led us to explore the breath and its presence within our lives, showing us that we could easily be without food as long as we had air. 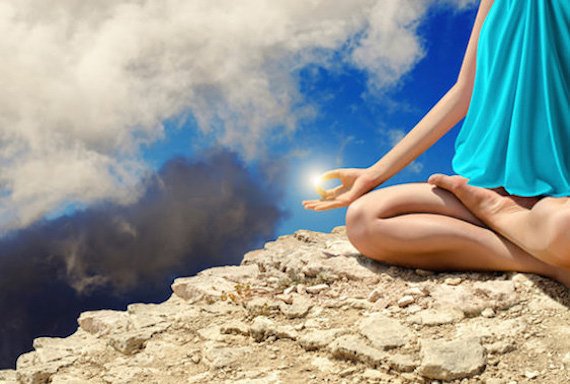 Unfortunately, science does not agree that any of this is possible. Without food or water the body begins to break down, blood becomes thicker, your kidneys start to wind down, you burn though reserves of glycogen, body fat, and muscle, your body basically eating itself to stay alive, and multiple organ failures follow, leading to severe health problems, coma, and eventually death. Human beings can only last around 7 to 10 days without water, depending on the climate and conditions, and about 21 days at most without food under ideal conditions before serious health issues plague us and we spiral into death. Even plants cannot survive off of just the sun alone, requiring nutrients from the soil and other sources, as well as water, and there is no known life form on this planet that can do so. This is scientific, indisputable fact, and dietician Tanya Zuckerbrot explains this as it pertains to Breatharianism:

It’s a faulty premise that they could survive off of the sun. If you don’t provide your body with caloric intake, your body will begin to break down. You wouldn’t have muscle mass and you’d waste away. It doesn’t make sense; it defies all common knowledge of what our bodies need to survive. People would starve to death — you can’t live.

So how do these Breatharians do it? Well, the short answer would be that they don’t, either cheating, exaggerating, or straight up lying about their feats. Many have admitted that they do have some liquid and food from time to time, and some have been caught in rather suspicious circumstances. The aforementioned Breatharian leader Jasmuheen was once caught with a full stock of food, although she claimed this was for her husband, and when she was tested under controlled conditions she said she couldn’t go through with it because a nearby busy road was somehow preventing her from absorbing what she needed from the air. When she was finally tested in an environment with clean air she only lasted 4 days before her health deteriorated and doctors ordered it to be stopped. Similarly, Wiley Brooks was also found cheating, when he was sighted leaving a 7-11 with a Slurpee, a hot dog, and Twinkies. So much for prana, then. He would even admit that he breaks fasts with cheeseburgers, but not because he needs them, mind you, only because he says they have “special 5D properties” and help give him balance in a world of “junk culture.” Or maybe it’s just because they taste good. 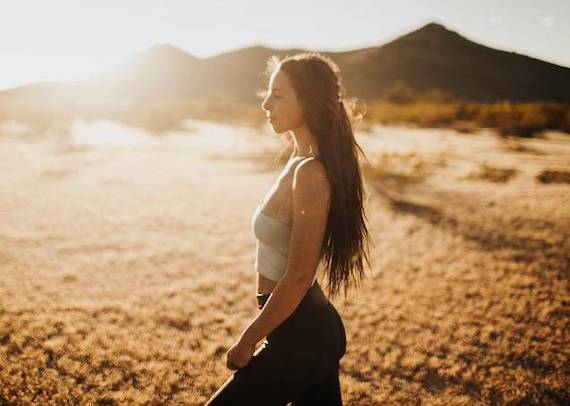 Further damning evidence against Breathariansim can be found in the numerous documented cases of people who have suffered life threatening conditions, slipped into comas, or died through trying to strictly adhere to its principles. Despite these people constantly being caught cheating and lying, and despite the fact that there is no evidence at all for it and that the whole belief system is dangerous and has led to serious injury and deaths within the movement, there are many Breatharians who still wholeheartedly believe that this all works. According to science, this is incredibly dangerous and delusional, and one Dr. Roshini Raj, a gastroenterologist and associate professor of medicine at NYU Langone Medical Center, has said of these Breatharian practices in an article for The NY Post:

It’s obviously something that’s not based in medical fact. It’s incompatible with life. There is some evidence that caloric restriction may be beneficial to your health, but certainly nothing to this extreme. If they truly believe it themselves, they’re delusional. There’s just no way it would ever be possible.

It is really hard to fathom how this idea caught on so much or why people continue to try and do it even though it is quite obvious we cannot. It really goes against the very basic tenets of biology, and it is a very dangerous psuedoscience to try. Sure, it might help you lose weight, but then death will do that. Luckily Breathanaransim has remained fringe even among the fringe, because it turns out that we do need food and water to survive. Next time you think about living off the sunlight, maybe it might be a better idea to just reach for a salad, or better yet, a cheeseburger.