Looking at the Lives of the Djinn

Of all the energy-based entities of the supernatural variety that see us as their food, none are more feared and revered – in equal amounts - than the Middle Eastern Djinn. They are ancient and powerful beings that should be avoided at all costs. Although, at times they can be friendly and helpful, the Djinn are also dangerous and manipulative – in fact, just like so many other supernatural entities. But, what of their lives? That's the theme of today's article. Ancient lore tells of the Djinn that although they are very different to us – and certainly so in terms of their make-up – they are not too dissimilar in some ways. The world of Islam maintains that the Djinn have almost unending lives – although they are not literally immortal. Not even the Djinn can beat the reaper forever. They marry, they have offspring and, like us and every other living thing on the planet, there are both male and female Djinn.

Although the mysterious plains of existence that the Djinn inhabit are very different to ours, the actual space they inhabit are the same. In other words, you could be sitting at home, reading a book, not realizing that you are being eyed carefully by a dangerous Djinn which has invaded your space, which can see your every move, but which is effectively still within its very own dimension. When they leave their dimensional planes and enter our domain, the Djinn are said to dwell in caves, in deep and winding tunnels, in caves and in the remains of crumbled, old structures – and particularly so in the heart of the Middle East. And it’s in the early hours of the morning when, in our world, they are most active. 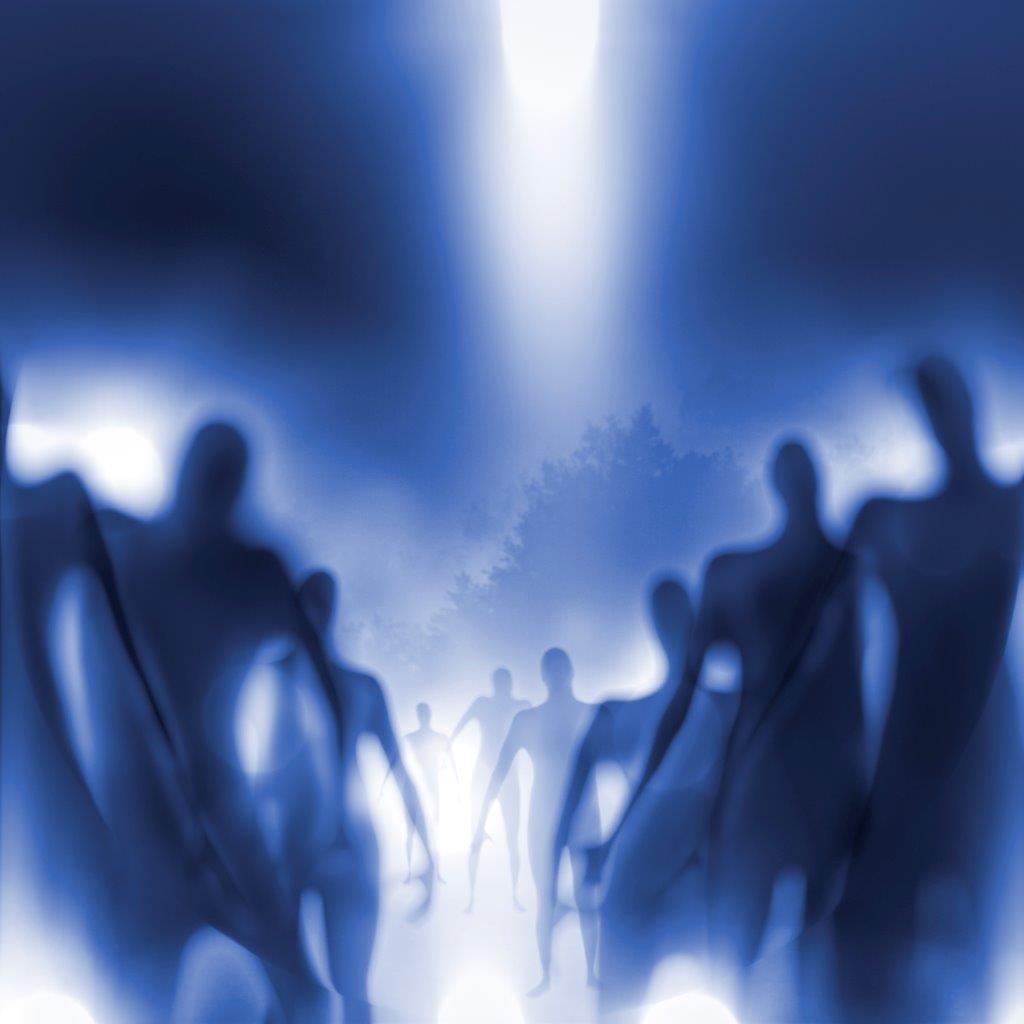 Also like us, the Djinn love music: singing and whistling are two of their primary ways of entertaining themselves. If you wake in the middle of the night, and you hear disembodied whistling – or the vague tones of faraway, enchanting and hypnotic music – you may well have a Djinn in your abode. They prefer Middle Eastern music and that of ancient India, too – and particularly so the sound of a sitar. The Djinn are said to love dogs, too, which reportedly can see them even when we can’t, as can donkeys. The Djinns’ love of dogs mostly does not extend to us, though: they will, on occasion, offer the targets of their torture a gift, a goal, or good fortune. Almost certainly, this is where the tales of the “three wishes” originated – with an ancient knowledge and tradition that one could do a deal with the Djinn. Like most such pacts, though, it’s very seldom that anything good ever comes from them. If, indeed, ever.

The Djinn also has the ability to intrude on, and even enter, the minds of those they target. Essentially, we’re talking about something akin to demonic possession. People can be made to perform all manner of terrible things that might be put down to mental illness, or the result of an evil, psychopathic mind. That might not be the case, though: the person may be used as a vessel by the Djinn. Why? Because the Djinn enjoy manipulating and tormenting us – it really is that simple. And, terrifying, too.

On occasion, the Djinn will not exhibit dangerous or even deadly behavior. Sometimes, their actions are solely manipulative – even bordering on what almost amounts to game-playing. They may move a household item to a new place – baffling people as to how such a thing had happened. They can command electricity – even thunderstorms. They may cause your microwave oven to explode. Your phone may briefly fail to work – and right at the same time which you hear that curious whistling in your home. Screwing around with us, and for no good reason beyond the fact they get some form of delight out of it all, is at the heart of what motivates the Djinn to interact with us. Illness – of both a mental and physical kind – typifies encounters with the Djinn, too. And, let’s none of us forget the warning words of the late Rosemary Ellen Guiley on the matter of the Djinn: “Their main source of nourishment is the absorption of energy from life forms.”

On this latter point from Rosemary,, it’s worth noting the experience of Emily. Her 1999 encounter with a shadowy entity in her Sam Antonio, Texas apartment is highly suggestive of an encounter with a Djinn – possibly even several. That Emily became fascinated by the Djinn phenomenon just a few weeks before very strange activity began in her home, is another pointer suggesting that by both reading and thinking about the Djinn, she opened the kind of doorway that most of us would prefer stayed shut. Emily says that only days into reading a second book on the Djinn, she began to see – out of the corners of her eyes – small, shadow-like figures lurking behind the corners of the couch, peering from behind doorways, and even tugging on her the duvet of her bed at night. She experienced endless electricity outages, and her microwave stopped working, as did the electric alarm clock in her bedroom. On top of that, Emily had several nightmares of a Djinn, in which the creature sucked her energy out of her in a mouth-to-mouth fashion – almost as if the Djinn was kissing the energy out of her, which is exactly how Emily described it. A spine-tingling image, to be sure.

The Curious Case of the Hornsey Coal Poltergeist