Mysterious “Bear-Like” Animals in the U.K.

Neil Arnold, a noted authority on monsters and a good friend, shared with me the following, which tells a story of very curious proportions: "For several decades Clapham Woods in West Sussex, [England] has been the subject of many a dark whisper and wicked rumor. Tales of ghosts, murders and black magic often emerge from the ancient woods. My favorite and certainly, creepiest story pertaining to Sussex, and there are many, concerns a sighting of a truly dreadful creature. This manifestation even made the Littlehampton Gazette, in 1975, around the autumn. Even national radio and the popular, topical BBC program Nationwide, featured the story. At the time the area was caught up in a flap of high strangeness. News-crews, journalists, UFO investigators, and paranormal enthusiasts flocked to the area, but rarely after dark.

"Two dogs had gone missing in the area, and when researchers stumbled across a footprint measuring eight-inches long and almost four-inches wide, but showing four-claw mark indentations (and a fifth claw mark towards the rear of the main pad), it was clear that something bizarre was going on. Twelve inches in front of the print, was another, almost identical print. The investigators were equipped with a Geiger counter, as well as other paraphernalia. Suddenly, the needle of the counter began to act oddly when the counter was swept over the prints, and then, from the darkness a grey pillar of mist appeared. With the main A27 road in ear shot, the researchers decided it best to head for home, but then the monster appeared. The hazy shaft of mist before them took on the form of a great bear-like creature. The apparition then faded within ten seconds.

"From then on Clapham Woods would become known for its paranormal activity. It was once rumored that a bear cult operated clandestinely in the thickets, and maybe they’d raised some kind of tulpa-like energy forever to haunt the shadows of the 'birdless grove.' Strange symbols, time lapses, animal sacrifice, phantom hounds, secret societies and several obscure cults: Clapham Woods is certainly one of those special places. Blue Bell Hill in Kent, and Cannock Chase in Staffordshire seem to offer similar bouts of high strangeness, whether in the form of strange animal sightings or peculiar activity and folklore. Whether by strange coincidence, the grounds of Verdley Castle, situated also in West Sussex, are supposedly haunted by a giant bear. It is alleged to have been the last bear in England." Moving on...

“Mr. George Offer, in referring to this incident, alludes to queer noises having been heard at the time the figure appeared. Presuming that the sentinel was not the victim of an hallucination, the question arises as to the kind of spirit that he saw. The bear, judging by cases that have been told me, is by no means an uncommon occult phenomenon. The difficulty is how to classify it, since, upon no question appertaining to the psychic, can one dogmatize. To quote from a clever poem that appeared in the January number of the Occult Review, to pretend one knows anything definite about the immaterial world is all ‘swank.’ At the most we - Parsons, Priests, Theosophists, Christian Scientists, Psychical Research Professors - at the most can only speculate. Nothing - nothing whatsoever, beyond the bare fact that there are phenomena, unaccountable by physical laws, has as yet been discovered. All the time and energy and space that have been devoted by scientists to the investigation of spiritualism and to making tests in automatic writing are, in my opinion - and, I believe, I speak for the man in the street—hopelessly futile. 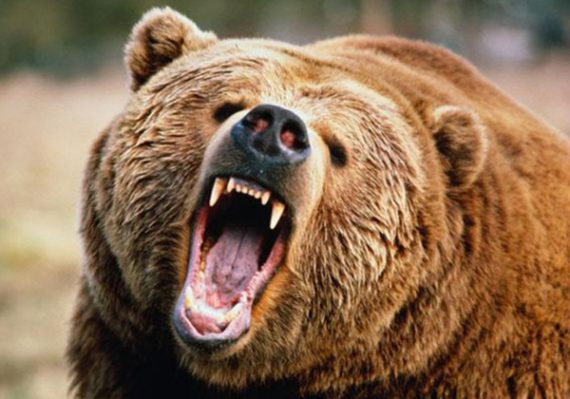 Now, let's take a look at another intriguing story: In the summer of 2007, a falconer named Martin Whitley, of the English county of Devon, obtained a number of photographs of a very curious, black-colored, dog-like animal on the wilds of Dartmoor – where Sir Arthur Conan Doyle set his classic Sherlock Holmes novel, The Hound of the Baskervilles. As Whitley noted, it was June 9 when the strange affair went down. In his own words: "I was flying a hawk on Dartmoor with some American clients when one of them pointed out this creature. It was walking along a path about 200 yards away from us. It was black and gray and comparable in size to a miniature pony. It had very thick shoulders, a long, thick tail with a blunt end, and small round ears. Its movement appeared feline; then 'bear-like' sprang to mind. There was a party climbing on the Tor opposite, making a racket, but this it ignored completely.”