Throughout history there have been demons and evil spirits, found in many forms throughout disparate, far-flung cultures throughout the world. Such legends are also quite rife with these apparitions possessing some sort of ability to foretell the future, or otherwise influence events that have yet to pass. One very strange story of this is the enigmatic Little Red Man of France, who long haunted a castle and was apparently a close advisor to none other than Napoleon Bonaparte himself.

Since at least the 16th century there was a persistent legend in Paris, France of an impish being, variously described as a ghost, goblin, demon, or the Devil himself, who would appear as a red skinned, dwarfish entity and which was referred to as Le Petit Homme Rouge, literally “Little Red Man.” This apparition was known to haunt the Palais des Tuileries (Palace of Tuileries), and was first documented by Italian noblewoman, wife of Henry II, and Queen of France Catherine de Medici, shortly before the tragic St. Bartholomew’s Day massacre of the Huguenots. The red little imp would go on to become a prominent legend at the palace, said to variously wear a red coat or cape, and to have a quite hideous façade, with a humped back, hooked nose, misshapen head, horns, and often described as having cloven feet.

It was always seen as rather sinister, as it was said to only appear whenever some great disaster, catastrophe, or other calamity was drawing near, a portent of death and destruction, earning it another nickname “The Little Red Man of Destiny.” Over the centuries the Le Petit Homme Rouge was said to appear in the days leading up to a great many tragedies, such as Henri IV and his aides seeing him right before his assassination, maids seeing it at the bedside of Louis XVI in the days leading up to his death, and many others. Famously Marie Antoinette’s helpers reported seeing it before the 1792 storming of the Tuileries, and her subsequent capture and execution, and it was reported at the time:

Marie Antoinette’s women were sitting in the Salle des Gardes, when they became suddenly aware of the presence of a small man clothed from crown to heel in scarlet, who looked at them with such unearthly eyes that they were frozen with terror. They rushed to the apartments of the Madame la Dauphine and related their adventure.

The Red Man was then seen again by guards of the dank prison she was kept in just hours before Marie Antoinette’s execution, reportedly looking quite gleeful and pleased about it all. Since this was the era of the bloody French Revolution, the apparition put in quite a bit of overtime, appearing all over the city as a portent to many bloody battles, riots, and misfortunes, but some of the most amazing stories of the Little Red Man involve its apparently complicated relationship with the great general, leader, and eventual Emperor of the French Napoleon Bonaparte, and indeed it appears to have come to him throughout a large portion of his prestigious career, seeming to almost guide his campaigns. The entity first supposedly appeared to Napoleon in 1798 during his Egyptian campaign, after the Battle of the Pyramids, apparently to tell the commander that he would have 10 years of future victories in Europe, and also to inform him that it had been watching him since he had been a child. 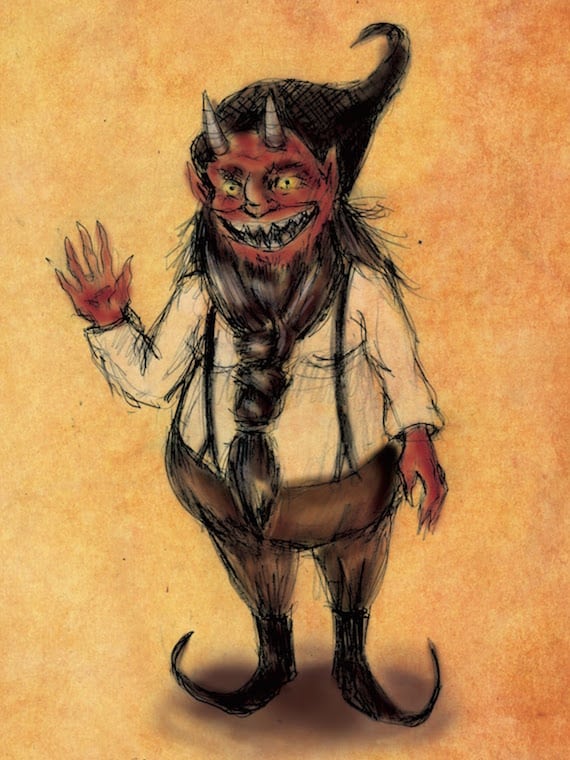 The Red Man would soon make other appearances during the Egyptian campaign, allegedly materializing to tell Napoleon that his soldiers had not obeyed his orders and that the campaign was doomed to fail, and some stories even say it was present at his coronation. The entity supposedly guided him and advised him through many victories, such as the decisive, intense Battle of Wagram against Britain and Austria, which took place on July 5 and 6th, 1809, and by 1812 Napoleon had conquered and controlled nearly all of Europe. He also apparently asked the Red Man for an extension on his reign of victories, to which the apparition agreed. The only caveat was that he never launch a campaign in Russia, which of course Napoleon would not honor. It inevitably came to the point where Napoleon was on Russia’s doorstep for a planned invasion, and this seems to be something the red demon felt very strongly against. The Red Man came to the commander to express these issues, and Napoleon’s Counsellor of State Louis Mathieu Count Mole would also witness this encounter, and would say of it:

In the month of January, 1812 (the winter preceding the Russian campaign), the Red Man asked a sentinel if he might speak to the emperor. The soldier replying in the negative, the demon brushed him aside, and ran quickly up the steps. He said to a chamberlain, “Tell the Emperor that a little Red Man whom he saw in Egypt wishes to see him again.” Napoleon admitted the petit homme; a long conversation followed in the private cabinet; from a few words that were overheard Napoleon seemed to be pleading for something which was refused. Finally, the door was opened. The Red Man came out, passed quickly through the corridors, and disappeared on the ‘grand staircase which nobody saw him descend.

It would turn out that the demon had come to warn Napoleon against his planned invasion of Russia, bringing the dire omen that he was doomed to fail and that it was folly. Napoleon did not listen, and he moved in against Russian Tsar Alexander I with a mighty and massive half a million strong army the likes of which the world had never seen before, supremely confident that he would emerge victorious no matter what the Red Man said. It would turn out that maybe the demon had a point. The French army would be quite unprepared for the unconventional tactics of the Russians, which sought to stretch supply lines by constant retreating to wither away the French strength and morale while at the same time launching punishing constant raids from their flanks. After an indecisive battle at Borodino Fields, the severely weakened and distraught French army found themselves facing a brutal winter, throughout which the elements, starvation, and never-ending Russian guerrilla attacks whittled them away. By the time Napoleon’s forces limped out of Russia they had fewer than 10,000 men left, and it would prove to be a catastrophic defeat, eventually leading to his downfall. 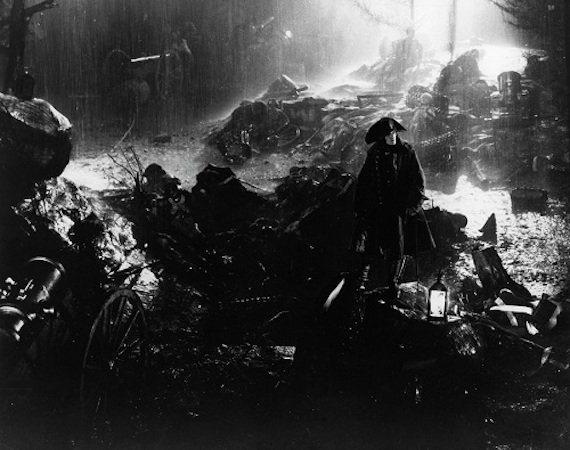 Perhaps because he had disobeyed his enigmatic demonic red friend, Napoleon found himself facing losses at important battles such as the Battles of Leipzig, Waterloo, and Fontainebleau, and a planned invasion of England was aborted. At this point the demon appeared once again to gloat and inform Napoleon that he had only 3 months left before his rule would end, the allies would invade Paris, and he would be exiled to a bleak, remote island, in a conversation allegedly overheard by some of the leader’s own men, who swore it was true. Just as predicted, on March 31, 1814 the Allies invaded Paris, and on April 1, 1814 Napoleon was forced to abdicate. Also as predicted, he was then sent into exile on the remote island of Saint Helena, where he languished away until his death in 1821. The Red Man would apparently make its last appearance in May of 1871, when the Palais des Tuileries was ransacked and burned to the ground. One account of this last appearance was written of by a journalist, who spoke to a concierge at the Louvre at the time, and reads:

While making his accustomed round one night, lantern in hand, through the silent galleries, he observed in the Galerie d’Apollon a human form standing against a window, with crossed arms and drooping head, in an attitude of profound affliction. Believing he had surprised a robber, the concierge made towards the intruder, who hereupon disappeared in a most mysterious fashion. He tried to persuade himself that his senses had deceived him, when on reaching the Grand Galerie he saw the same figure again, in the same melancholy posture. On being challenged the form vanished. The official then remembered the legend of the Homme Rouge, and lost no time. Presently he returned with some of his comrades, to whom he had related what he had seen; but this time the search for the goblin was fruitless, and was cut short by another kind of apparition — a lurid glare in the sky.

That "lurid glare" was the burning of the little Red Man's home, and after that the legend kind of ends, with the entity sort of passing into obscurity. How much can we really believe about these accounts? Was this all just folklore and spooky stories, or was Napoleon really shadowed by a nefarious impish little being? If so, then what was it exactly? Was this some demon, ghost, or something else altogether? It is certainly a little historical oddity that is worth considering, and makes one wonder just what was going on here.