Astronomers were using the Dark Energy Survey (DES) to detect dark energy in space but upon studying the data, they were surprised to come across another major discovery. By analyzing the first four years of data obtained when the DES was in operation (from August 2013 to January 2019), they were able to identify a total of 139 new minor planets.

These minor planets are located far beyond Neptune on the edge of our Solar System. A minor planet can be anything from an asteroid to a dwarf planet. Trans-Neptunian objects (or TNOs) are minor planets in our Solar System that orbit the sun at a farther distance than Neptune. And they’re not easy to find as they are quite small and are very far from us – for comparison, Neptune is 4.5 billion kilometers (30 AU or astronomical units) from the sun.

Gary Bernstein, who is a physicist and astronomer from the University of Pennsylvania as well as one of the authors of the research study, stated, “The number of TNOs you can find depends on how much of the sky you look at and what's the faintest thing you can find.” The team certainly had a tough job as they studied 7 billion dots that could have possibly been minor planets. They were able to eliminate objects that were located in the same spot for several consecutive nights as they were not moving in the same manner as TNOs would. After extensive work, they were able to conclude that 316 of them were TNOs and 139 had not been previously documented.

The new TNOs were located at distances from 30 to more than 90 astronomical units from the sun – from around the same distance as Neptune is from our sun to more than three times further. As a matter of fact, seven of the new trans-Neptunian objects have been called extreme TNOs, meaning that they have an average orbital distance of more than 150 astronomical units. Once confirmed, these would be the most distance objects ever seen in our Solar System. So far, there have been approximately 3,000 TNOs identified in our solar system. 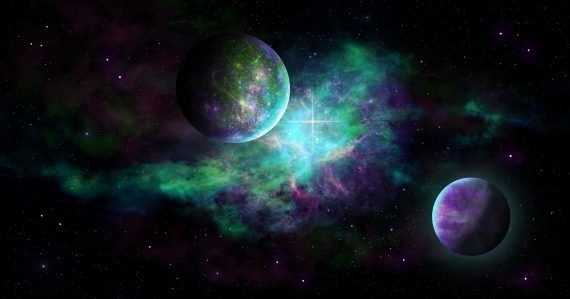 With the discovery of these new minor planets, and especially the extreme TNOs, researchers are hopeful to finally find evidence of Planet Nine which has been theorized to orbit at a distance of 200 astronomical units. “There are lots of ideas about giant planets that used to be in the Solar System and aren't there anymore, or planets that are far away and massive but too faint for us to have noticed yet,” Bernstein noted.

With approximately a year and a half left of data still to study, who knows what the scientists will find – maybe they’ll discover hundreds more minor planets or perhaps even proof of the existence of Planet Nine. We’ll just have to wait and see.

The Weird Case of the Atlas Vampire