Paranormal Tourism and the Top Haunted Cities in the U.S.

The coronavirus has affected the tourism industry greatly, but you can use that unexpected time off it’s given so many to think about the celebratory vacation you’ll treat your family to once it’s over and we return to work, school and a new normal. And what better kind of vacation is there than a paranormal one? Visiting haunted locations is not only spookily exciting, it’s often historically educational too. If only there was a list of the top haunted cities in the U.S.

The AETHOS Consulting Group, a global hospitality advisory firm, teamed up with Sharon Hill, an independent researcher in anomalies, paranormal topics and popular culture, pseudoscience and society, to produce “Paranormal Tourism: Market Study of a Novel and Interactive Approach to Space Activation and Monetization,” a study published this week in the Cornell Hospitality Quarterly. The best part is a listing of the top haunted U.S. cities, which Sharon graciously published on her website. Let’s take a look at them (in descending order) and some sites of interest.

Savannah, Georgia
Savannah has experienced the American Civil War, slavery and deadly epidemics and disasters, so it’s no wonder there are many haunted places to visit. Great haunted hotels to stay include the Hamilton-Turner Inn (look for a ghostly cigar-smoking man on the roof) and the Marshal House (listen for children you can’t see), followed by dinner at the Pirate’s House (you can guess what haunts it).

Gettysburg, Pennsylvania
The haunted northern equivalent of Savannah, the battlefield is a warehouse of spirits that spill over into the city itself, which has numerous haunted walking tours to ghostly sites at Gettysburg College (look for the lone sentinel) and the Jennie Wade House (you know whose ghost to look for).

Chicago, Illinois
Chicago’s equivalent of the Civil War is its violent gangster period caused by Prohibition. Stay at the Congress Plaza Hotel with the ghost of Al Capone or see the ghosts of some of his victims at the site of the St. Valentine’s Day Massacre. Chicago is also loaded with haunted sites from fires, ships sinking and other disasters. 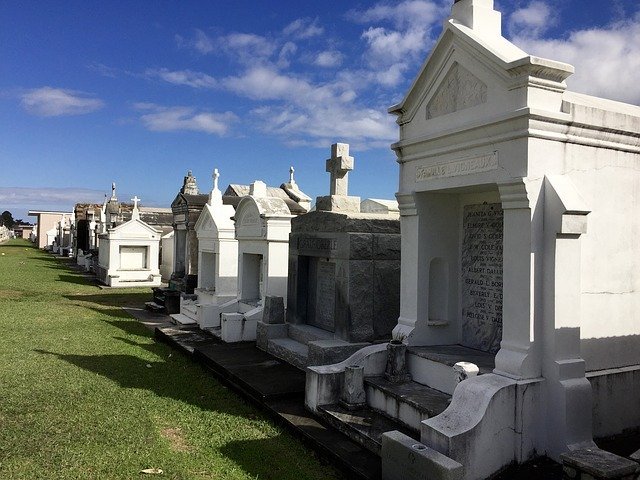 Salem, Massachusetts
The Salem witch hunts are responsible for many ghosts in this early colonial town, but the number of haunted sites far surpasses the number of witches. Nonetheless, and many more The Salem Inn, Ropes Mansion, the Old Town Hall and the Old Burying Point Cemetery are just a few of the popular locations with real ghost appearances.

San Francisco, California
With so much to see, do, eat and experience in beautiful San Francisco, it’s easy to forget it’s haunted by ghosts of the eccentric, unusual and occasional violent characters the city attracts, not to mention the victims of earthquakes and other disasters. Alcatraz is a popular haunted site, but don’t forget Angel Island (the Ellis Island of the west), the ghosts of Golden Gate Bridge jumpers, the Presidio and numerous ghost ships sailing the foggy Bay.

Thanks again to Sharon A. Hill for the list of top haunted cities in the U.S. Now, start planning that vacation!

Spiders Of The Kinds You Don’t Want To Meet!